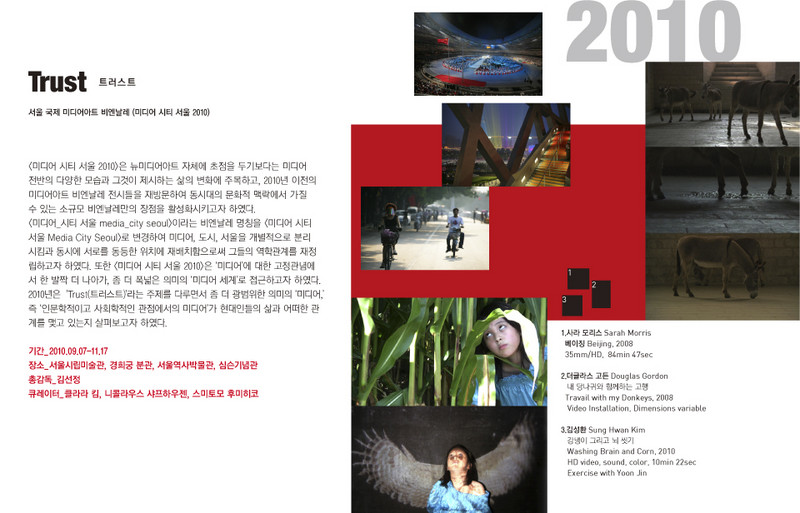 The 2010 edition of Media City Seoul focused on various facets of media, and their abilities to impact our daily lives rather than on media art itself. With an ambitious objective to expand the scope of the biennale in a contemporary context, Media City Seoul critically revised other biennales that have taken place in the past. To take a step further, the curators changed the previous official name of media_city Seoul by removing the underscore between ‘media’ and ‘city’. Such renaming of ‘media _city seoul’ placed these terms on an equal footing, and reflected the curators’ critical interests to decipher a new meaning for the biennale, while offering a broader understanding of the media. In 2010, the exhibition was based on the theme of ‘Trust’, which investigated ‘human and social perceptions of the media’ and how they intertwine with the fabric of modern society.
www.mediacityseoul.kr