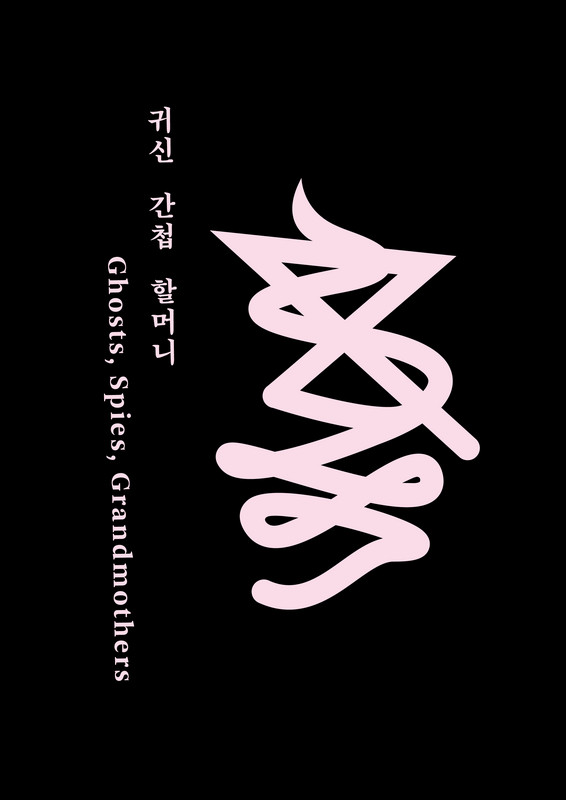 Three words –ghost, spy, and grandmother—will serve as the theme for the SeMA Biennale Mediacity Seoul 2014. The exhibition for the biennale will be held at two venues: the main building of the Seoul Museum of Art (SeMA) and the Korean Film Archive. At SeMA, the exhibition will feature works in media art, installation, film, photography, painting, and sculpture. At the Korean Film Archive, the exhibition will showcase thirty carefully selected works of film and video art; it will also feature a selection of installation works.

Mediacity Seoul 2014 invokes the word ghost to call upon those silenced spirits whose presence has been erased by dominant historical narratives; we want to hear them. We examine modern and contemporary history, with a focus on Asia, by calling these ghosts into our presence. Given that Asia is the birthplace of Buddhism, Confucianism, Shamanism, Taoism, and Hinduism, and that the influence of these religious and spiritual practices is still strong in the region, we also examine how contemporary artists in the region are reinventing these various traditional spiritual practices. Many of the participating artists address in their work the ambiguous attitude they or their contemporaries have toward the traditional practices and phenomena associated with ritual, mysticism, visions, awe, and the sublime. They capture in their work scenes of the modern and the traditional colliding and negotiating with each other. It is our hope that the ghosts that have been banished by science will come back to us through the reunion of media (technology) and medium (the spirit).

Spy is our keyword for alluding to the experience of colonialism and the Cold War in Asia. Given that nationalism is on the rise again in East Asia, particularly in the aftermath of the Great Tōhoku Earthquake of 2011, we seek an opportunity to rethink about the very notion of modernity and its brinkmanship course as represented by this potentially catastrophic radiation disaster. The immense amount of state violence experienced by East Asian and Southeast Asian countries in the 20th century brought about not only more wars but also intense mutual distrust and ideological witch-hunting; they still exert great influence in the region. In the Korean peninsula, in particular, the Korean War is still technically on hold. Here, spy is a word that is associated not only with espionage but also with a wide range of social activities and phenomena including the democratization movement, taboos in general, regionalism, surveillance, radicalism, political exile, hacking bank computer networks, and box office success of a movie. Mediacity Seoul 2014 will show how the modus operandi of a media artist, who often has to interpret codes or deal with archiving and telecommunications, is similar to the modus operandi of a spy. It will also show how an artist can completely reverse the meaning of spy.

In our everyday vocabulary, a grandmother is someone who is perhaps least associated with political power. In real life, grandmothers are living witnesses who have endured the ages of ghosts and spies. The ongoing controversy between Asian countries over the issue of the forced recruitment of comfort women during World War II illustrates, once again, that women bear the brunt of the harms of colonialism and war. On the other hand, in Korea grandmother is also associated with a traditional image in which she rises to pray every day at the crack of dawn. She offers nothing more than a bowl of fresh water to the gods of heaven and earth, seeking the well-being of her children. In contemporary Korea, the potency of this traditional image has become diluted, as the image is considered antiquated and irrelevant. We want to rescue the grandmother’s ardent prayer from being buried under the easy projections of male-centered imagery and argue that the prayer of the grandmother symbolizes people’s prayers over the span of millennia. Grandmothers may have been powerless against political authority, but the patience and compassion they have practiced should be re-evaluated as proactive values that ethically and politically rise above that power.

Most of the works selected for Mediacity Seoul 2014 address themes of at least two of these three keywords. New works by Haegue Yang and Bae Young-whan will trigger in the viewer a complex reflection on spirituality and civilization on an anthropological scale. Yuichiro Tamura, who works and lives in Japan, will introduce a new work in which the Seoul Museum of Art itself is the subject; it will trace the building’s history back to the colonial period when it was first used as the highest court in the country. Otty Widasari and Nilbar Güreş are two invited artists whose poetic films and videos will prompt viewers to ponder the meaning of new media in terms of old worlds.

Mediacity Seoul 2014 will present a large number of artists from East Asia and Southeast Asia. The idea here is not to promote Asia as a lifeless or fixed entity, but to see it as a moving target, a cognitive lens, a region that is much more complex than its stereotypes. Toward these ends, artists from Arab and Western countries will also participate in the exhibition. Mediacity Seoul 2014 will feature twelve new works, the largest number of new works to be presented in the history of the biennale. The final list of participating artists will be announced in May.