Act I: Beautiful from Every Point of View 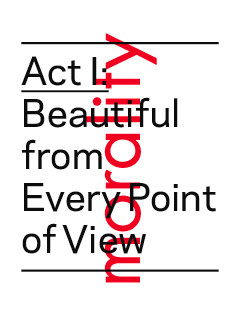