ACT VII: Of Facts and Fables 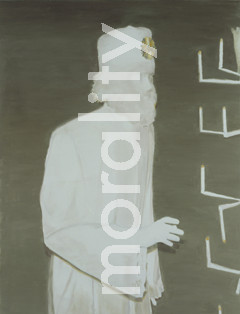 Luc Tuymans
The Worshipper, 2004
193 x 147,5 cm
oil on canvas
photo: Felix Tirry
Courtesy Zeno X Gallery, Antwerp
Witte de With is pleased to present two upcoming exhibitions in the Morality program begun in the Fall of 2009: Act VI: Remember Humanity, and Act VII: Of Facts and Fables. They open simultaneously on 12 May. Act VI runs until 29 August and Act VII continues until 26 September 2010.