The Music of Ramón Raquello and his Orchestra 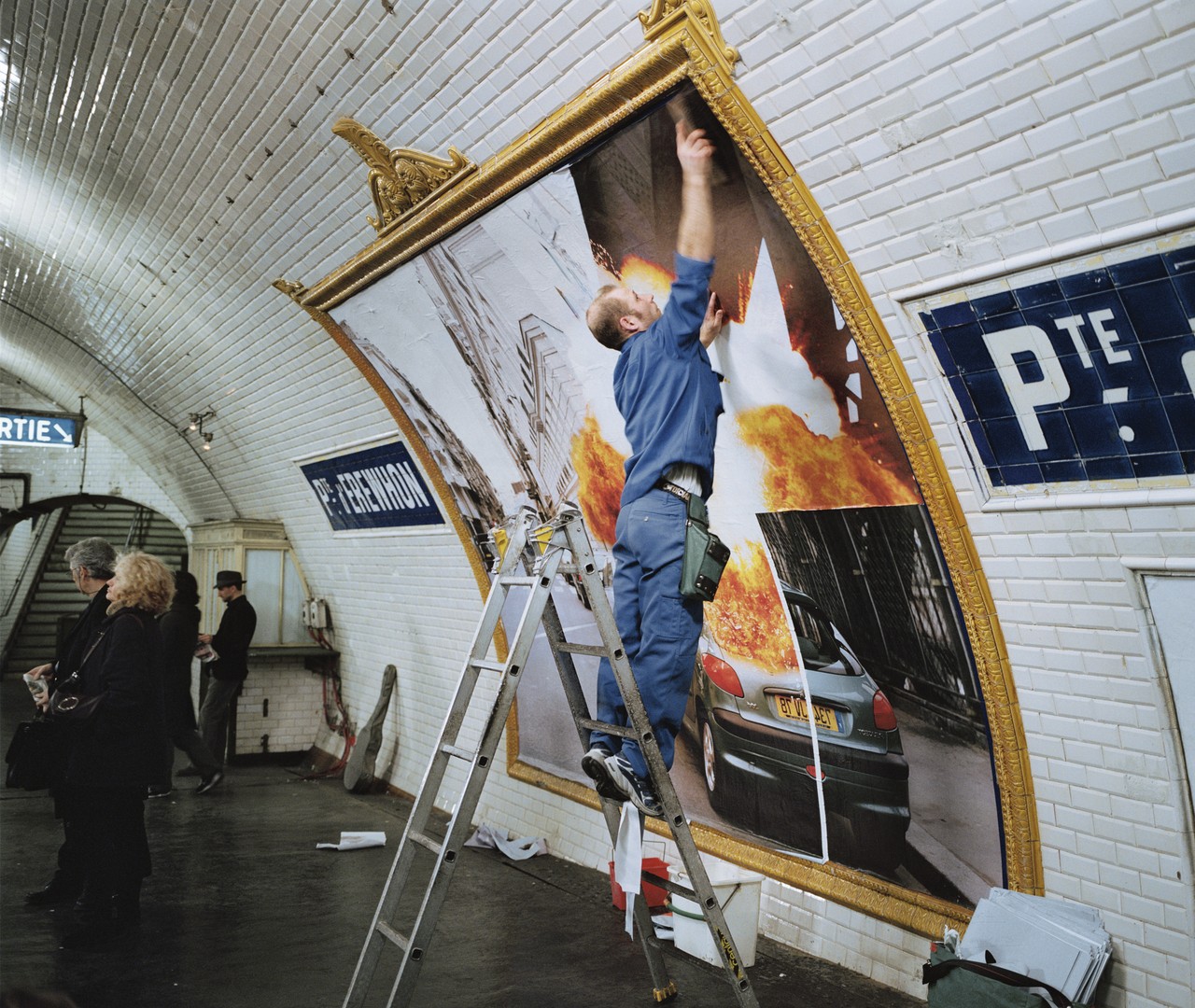 Eric Baudelaire, Sugar Water (still), 2007, HD video projection, 72 min. Courtesy of the artist
The Music of Ramón Raquello and his Orchestra is the largest monographic presentation of the work of Eric Baudelaire to date, including his latest feature length film Also Known As Jihadi (2017). Baudelaire’s oeuvre has ceaselessly and open-endedly engaged with histories of images, cinema, radical militancy, and violence by or against the state. Spanning over a decade of artistic production across installation, print, photography and film, the exhibition follows his sustained attempts to find a form that accommodates the catastrophic complexity of contemporary life. The exhibition draws on a reoccurring leitmotif in Baudelaire’s work, that of the ‘return’. Here, historical trajectories become looping re-visitations rendered both through the art works themselves and ghosted through their spatial realization.

The new film Also Known As Jihadi follows the progress of a young man’s journey from France to Syria, and back to France where he is currently incarcerated for allegedly joining Daesh. Based on real events, and drawn from thousands of pages of judicial documents, the work employs the so-called landscape theory (fukeiron in Japanese). The theory originated in the film AKA Serial Killer (1969) co-directed by Masao Adachi who was the subject of Baudelaire’s film The Anabasis of May and Fusako Shigenobu, Masao Adachi, and 27 Years without Images (2011), also featured in the exhibition.

Paths to radicalism are rendered purely through a series of landscape shots filmed at the locations traversed by the subject: a biography determined not by what the subject did, but by what the subject saw, questioning how these landscapes reflect the social and political structures that are the backdrop for a journey of alienation. With this starkly expansive approach, Baudelaire affirms the position of trying (not) to understand. Or, in the words of philosopher Pierre Zaoui, to make a film that “aims to understand and not to understand at the same time — to understand up to the point that one no longer understands — and also to show, refusing to understand or explain, so that with a dreadful feeling of confusion we are surprised to find ourselves understanding, discovering a subtle sympathy, telling ourselves that maybe monstrosity is our shared condition.”

Many of the works in the exhibition, titled after the perpetually interrupted fictional band leader in Orson Welles’ The War of the Worlds radio play, pursue Baudelaire’s interest in juxtaposing fictions that have documentary tendencies with documents that open fictional spaces. Research material fragments, chronologies, images and texts that have informed Baudelaire's work process (originating with his training as a social scientist) unfold in the exhibition space as a large scale “source book”. A series of conferences draw out key themes from the exhibition, including ‘fukeiron’ or landscape theory (28 January with International Film Festival Rotterdam), ‘assembly’ (21 April) and architecture (22 April).

The film Also Known As Jihadi (101 minutes) starts: 11:30 am, 1:30 pm and 3:30 pm.
On Fridays, Witte de With closes at 9 pm. The final screening starts 6:30 pm.
The Music of Ramón Raquello and his Orchestra is co-commissioned by Tabakalera International Centre for Contemporary Culture, San Sebastian. The exhibition runs June 23 – October 15 2017.