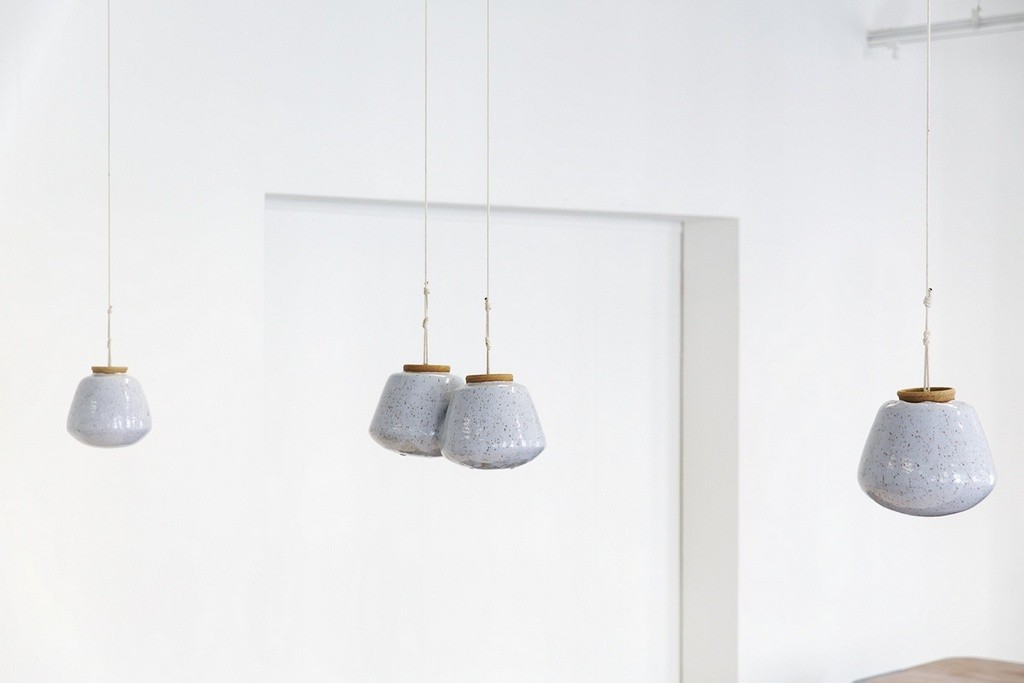 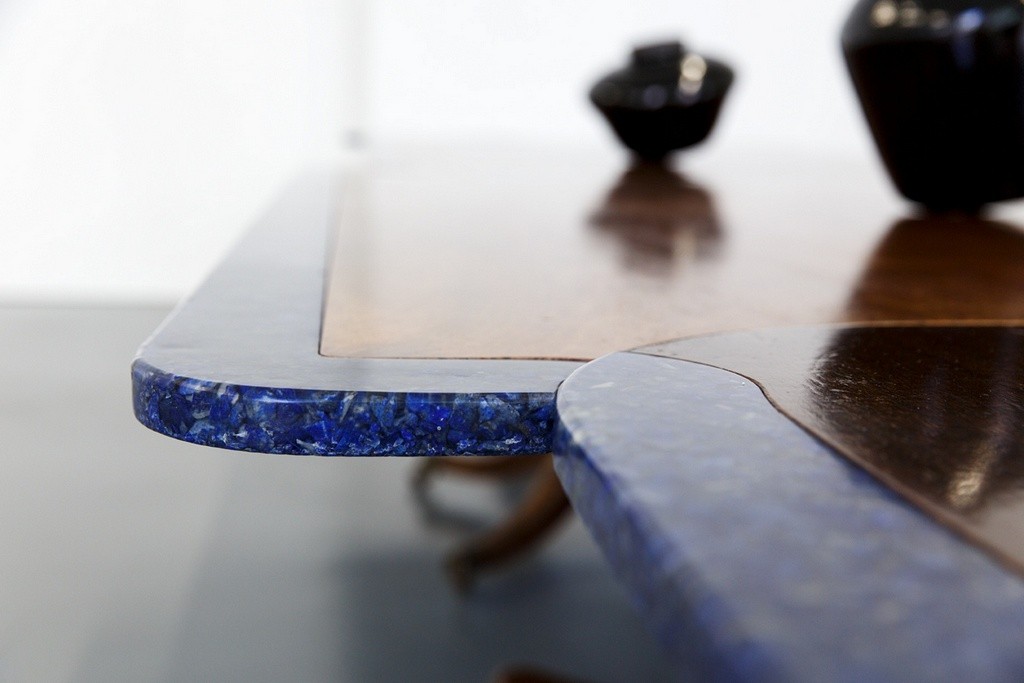 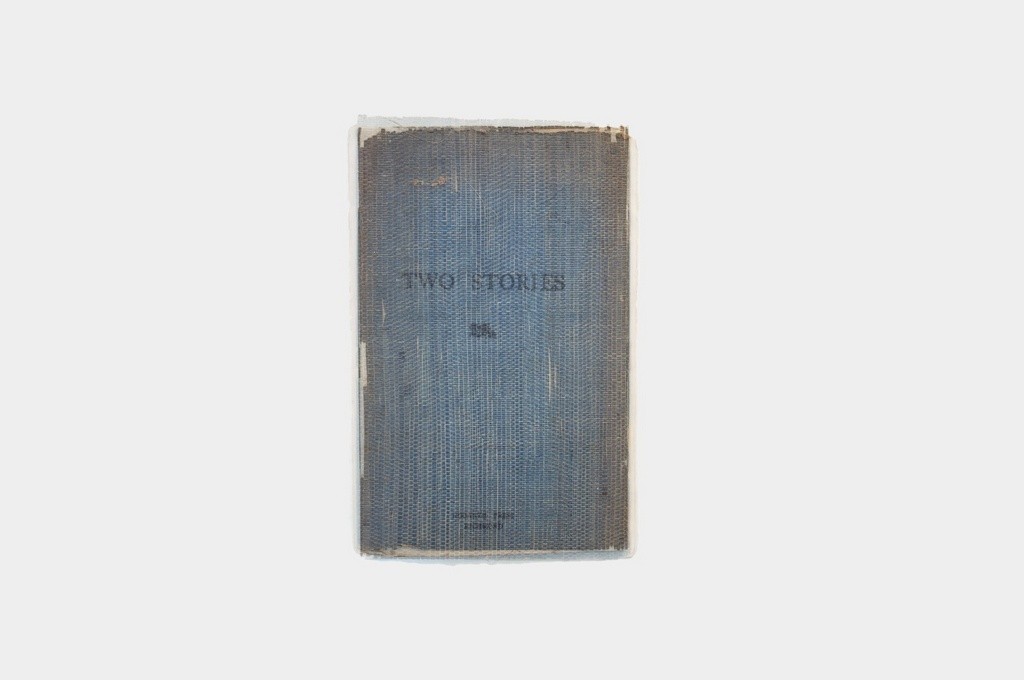 "‘Like' and ‘like’ and ‘like’–but what is the thing that lies beneath the semblance of the thing?...The players take the square and place it upon the oblong. They place it very accurately; they make a perfect dwelling-place. Very little is left outside. The structure is now visible; what is inchoate is here stated; we are not so various or so mean; we have made oblongs and stood them upon squares. This is our triumph; this is our consolation."
Virginia Woolf, The Waves, 1931

"I am not concerned with the single life but with lives together. I am trying to find in the folds of the past such fragments as time preserves.....there was a napkin, a flower pot and a book. I am telling the story of the world from the beginning, and in a small room, whose windows are open."
Virginia Woolf – marginalia from an early draft of The Waves

Two lines of oval tables dissect the space. The nearest is recognizably modernist, and shadowed by hanging ceramic lamps. The other, separated from us by the first, is made up of antique mahogany tables with a long curve of Lapis Lazuli making a continuous line down their length. Beneath these lies an elongated and irregular Moroccan rug whose woven shape echoes the carved curvilinear interlocking of the modernist tables. Here, domestic objects behave like sculpture, speaking specific stylistic languages that span different temporalities and geographies yet through insertion and adaption are defamiliarised, dividing the space into non-accessible areas.

Lucy Skaer's One Remove departs from Virginia Woolf's The Waves. The novel follows the self-narrated lives of six friends whose personalities, though defined, co-mingle and overlap much like waves themselves, performing an extraordinary map of human consciousness, each from a singular perspective. Throughout, the text vividly insists on its own materiality, pulling away from the form of the novel towards speech and image.

Can one invert this sentiment to make a small room from the telling of a story? In taking the sensibility of Woolf’s novel, Skaer uses the carte blanche afforded by fiction to make a room that is neither functional nor narrative, but it is specifically crafted to an unreasonable level. Each element has either been manufactured by an artisan or adapted, to fit. In Skaer's undoing of the 'thingness' of these familiar objects one senses in the artworks a dialectical steadying and loosening of the bounds of a grounding in space and time - so many oblongs stood upon squares.

Skaer draws from the novel's irreducibility, approach to pure abstraction, and tension of its relationship to, and status as, 'literature'. The novel itself barely works as such. The experience of the artworks translates, albeit obliquely, these qualities. Frustrating and blocking the viewer from approaching both the textiles and the delicately wrought mahogany, the installation withholds itself whilst emphasizing legibility through material. The tables overlap various moments - the now of the artwork, and contaminous pasts of geological and anthropocentric spans. In the novel a character, when faced with the annihilating abstraction of death, exclaims, "Let me touch the table–so–and thus recover my sense of the moment." No such moment of recovery is provided here.

"What should I describe first – the living half of the room, or the sleeping half? They must be described separately; yet they are always running together."
Virginia Woolf, A Sketch of the Past, 1940