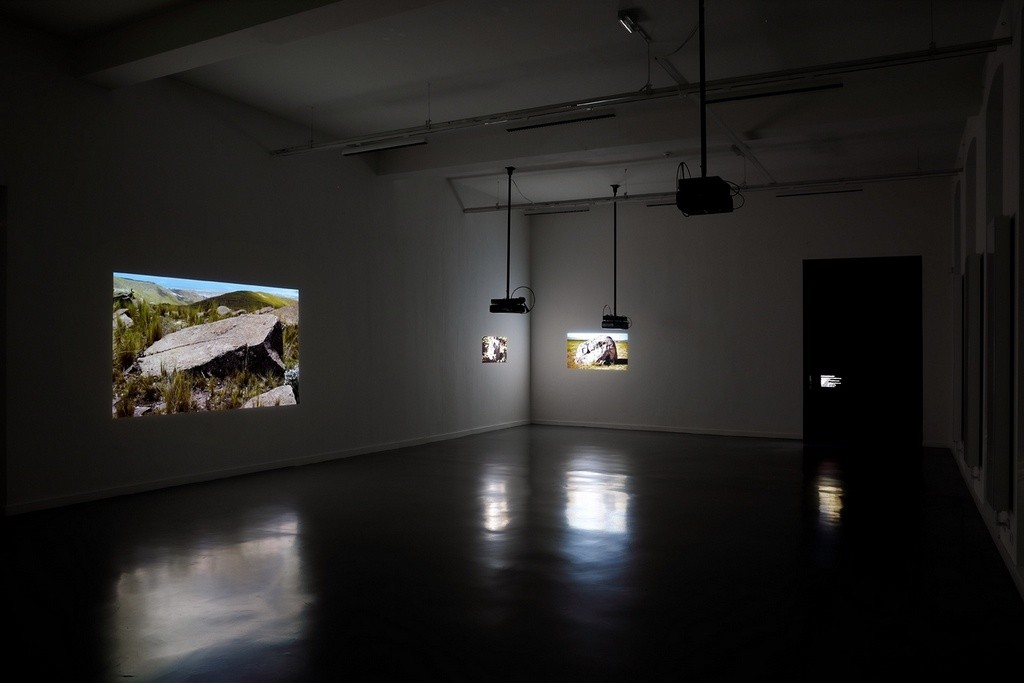 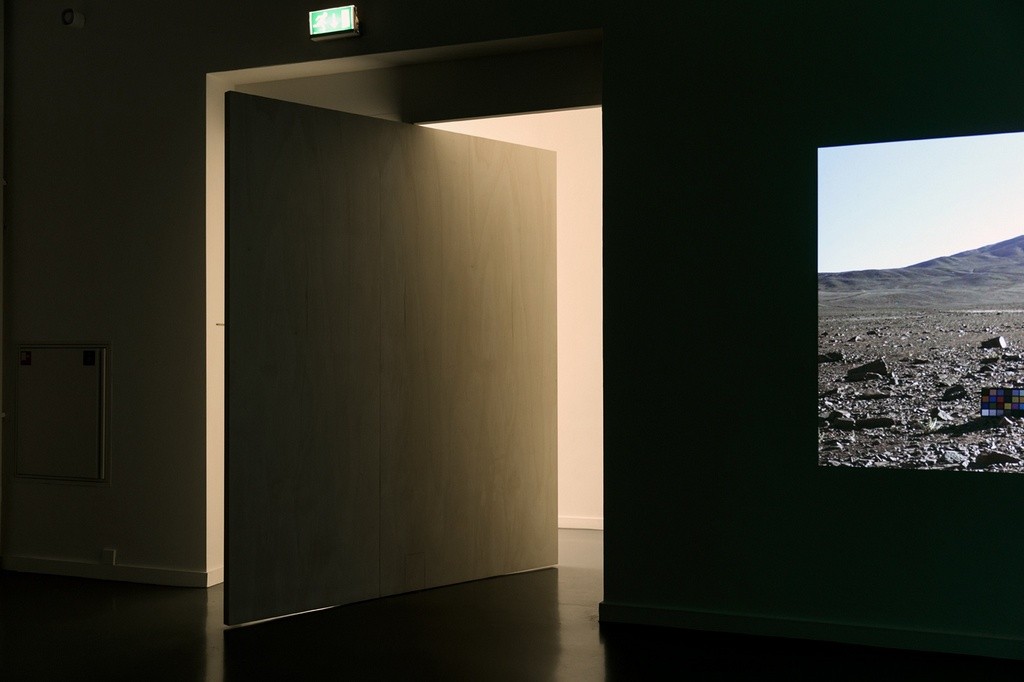 A voice comes to one in the dark. Imagine.

Thus starts Company (1977-1979), a novella by Samuel Beckett. With two thousand fifteen, artist Mark Geffriaud (FR, 1977) revisits some of the formal and narrative characteristics of this literary text – an anonymous, detached voice speaking in the second person; the closed-off, almost metaphysical space where the story unfolds – and deploys them to further his own research into the phenomenon of time in cinema. In writing, the author, and with them the reader, is able to seamlessly shift between different times and spaces, however in cinema the montage or cut is always a hard-edged tool which never passes unnoticed. Like the turning of a page, the blink of an eye, or the rotation of a revolving door (as installed here by Geffriaud, altering the entrance to the exhibition space), the cinematic cut is a mechanical gesture which interrupts or redirects the flow of a narrative, a space, or a beam of light.

Geffriaud shows multiple video projections of footage shot during his recent travels in South-America. In the Atacama Desert, Chile, on the top of Mount Armazones, he visited the construction site of what is to be the largest telescope in the world. From here, astrophysicists hope to travel back in time and witness the birth of the first galaxies. On the shores of Lake Titicaca, located between Peru and Bolivia, the artist witnessed the large building stones that were abandoned there for unknown reasons more than a thousand years ago. The various theories about the building for which they were intended are in fact speculations about the past, and construct various projections of a future that will forever remain fictitious.

Between these two sites of investigation lies the land of the Aymara, the only people on earth that have an inverted concept of time: the past lies ahead and the future behind. This unhinging of time is reflected in the exhibition itself. The projected imagery of the film is interrupted by automated shutters, while the voice-over runs independent from these projections allowing for chance correspondences and synchronicities to occur between image and sound.

Along the darkened windows of the exhibition space runs a strategically placed dotted line, a formal nod to the small holes that run along the sides of film strips. The cut-out circles are three millimeters in diameter, referencing the average width of the human pupil, the organ with which we decipher both images and text. Along with the cut-out technical description of the exhibited works placed on the side window, the dotted line allows for daylight to enter the space and for people on the street to look inside.