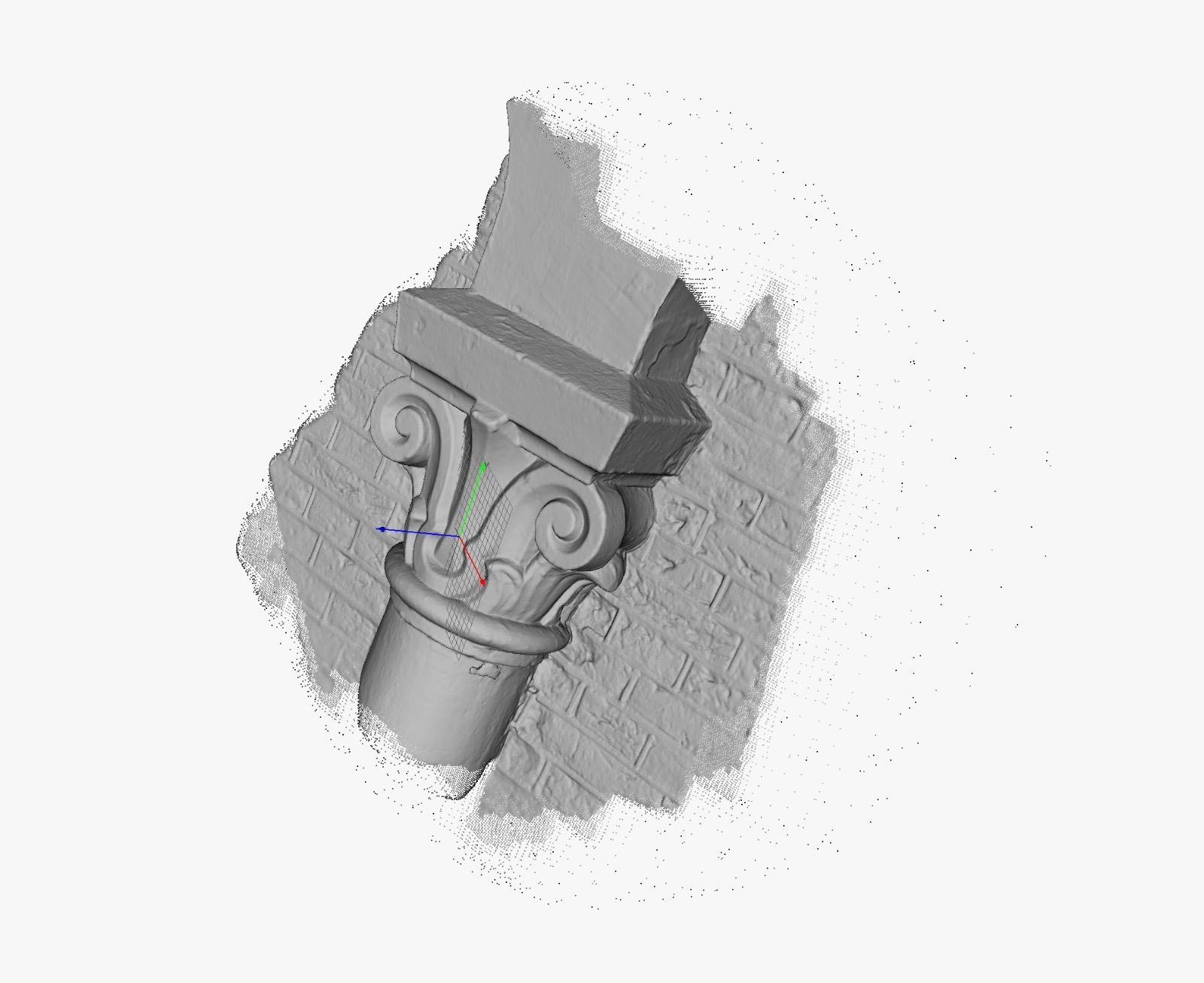 Image from work in progress, Michiel Huijben, 2020
This exhibition and live performance by Michiel Huijben places the institution’s architecture at its center. With the late nineteenth century debate around an ‘official’ national style as a backdrop, this new work searches for traces of human decision-making across the histories of the school’s use, building, and wider city environment. This juncture is explored in two acts:

ACT 1 departs from the specificities of the building’s exterior. Beginning with ornamental sculptures 3D-scanned from the institution’s façade, the story builds to pan outward into the surrounding city via examples taken from other nineteenth century architecture in Rotterdam. These ornaments could be considered characters, sculptures, or simply extras in the debate around a national architectural style.

ACT 2 is formulated around a speculative interior floor plan depicting the original uses of the building, which was designed and constructed in the 1870s by the municipal architect C.B. van der Tak to house a women-only civic school. Here, through archival photographs, reinterpretations of spatial configurations and architectural plans, the story elaborates on the airy spaces, natural light and occupancy standards of educational architecture at the turn of the twentieth century.

(The performances will be scheduled depending on social distancing measures; the installation will also present the video works documenting the artist’s performances.)

The institution commissioned Huijben considering his notable research-based practice, which involves sketching alternative histories of architecture through live performance, script, installation, and video. This will be his first institutional solo exhibition in the Netherlands. Combining performance, sculpture, and installation, the project also involves an architectural intervention that turns one of fkawdw’s current work areas into an exhibition space.

Michiel Huijben, new work is part of a new and slowly developing multi-year project called Anchored, involving the creation of site-specific narratives and expanded communities for the institution. As its title suggests, Anchored is conceived to contextually and affectively strengthen the institution’s roots in its native port city, Rotterdam. It is designed with the goal of precluding a sense of local uprooting or historical disregard, in light of the public debates about the institution’s name change. Anchored uses the method of site-specificity to locate intent in context.