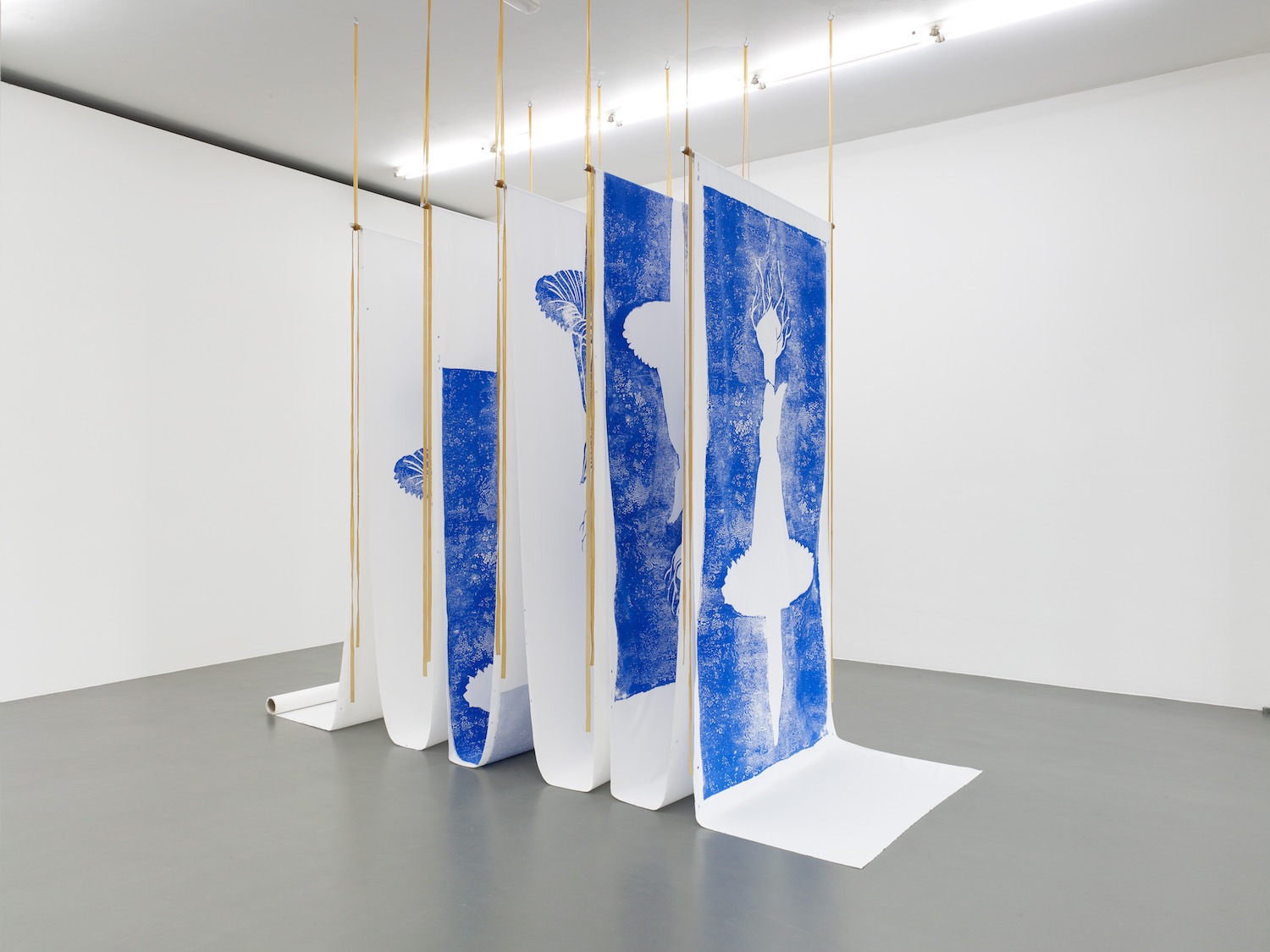 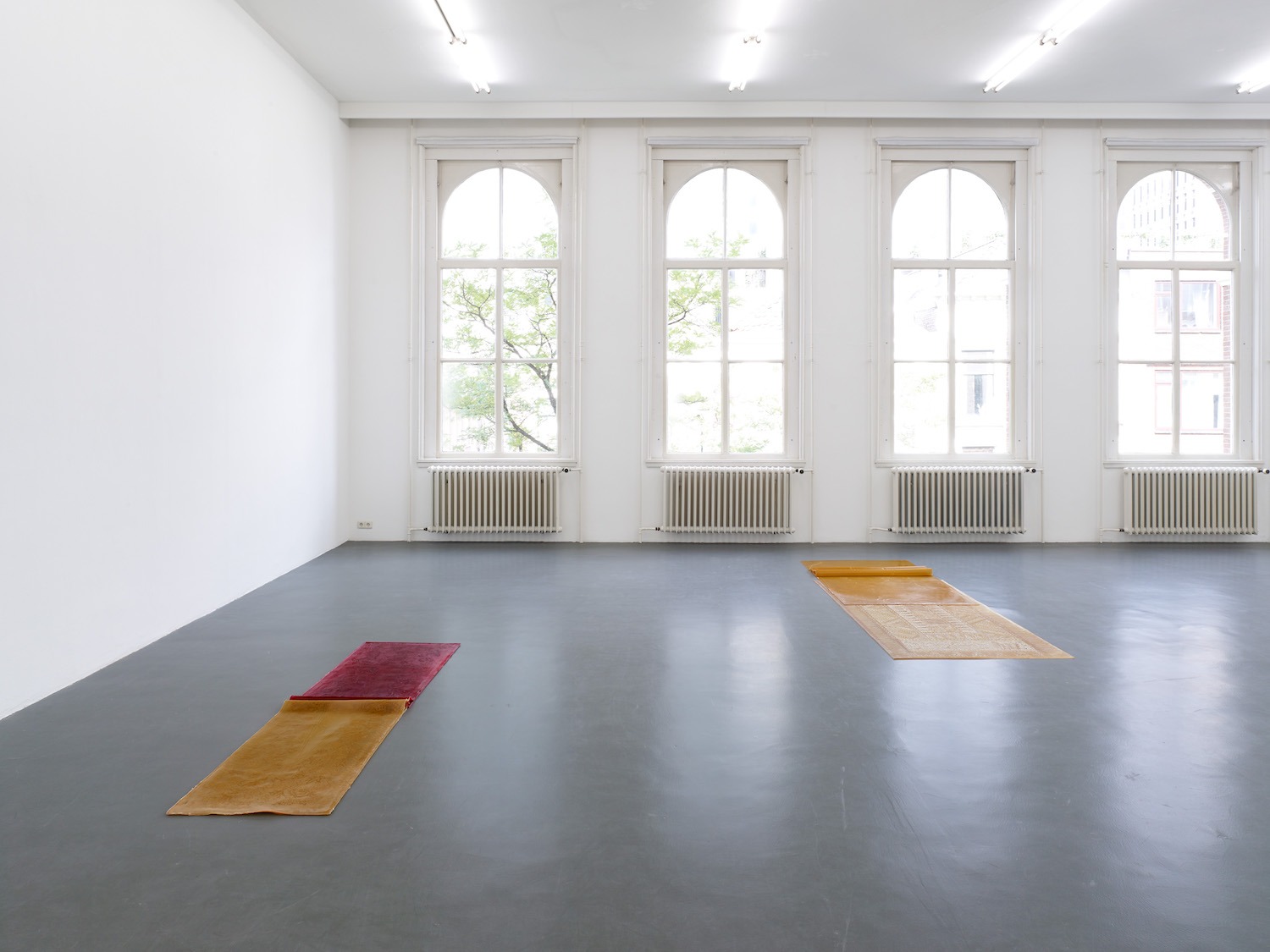 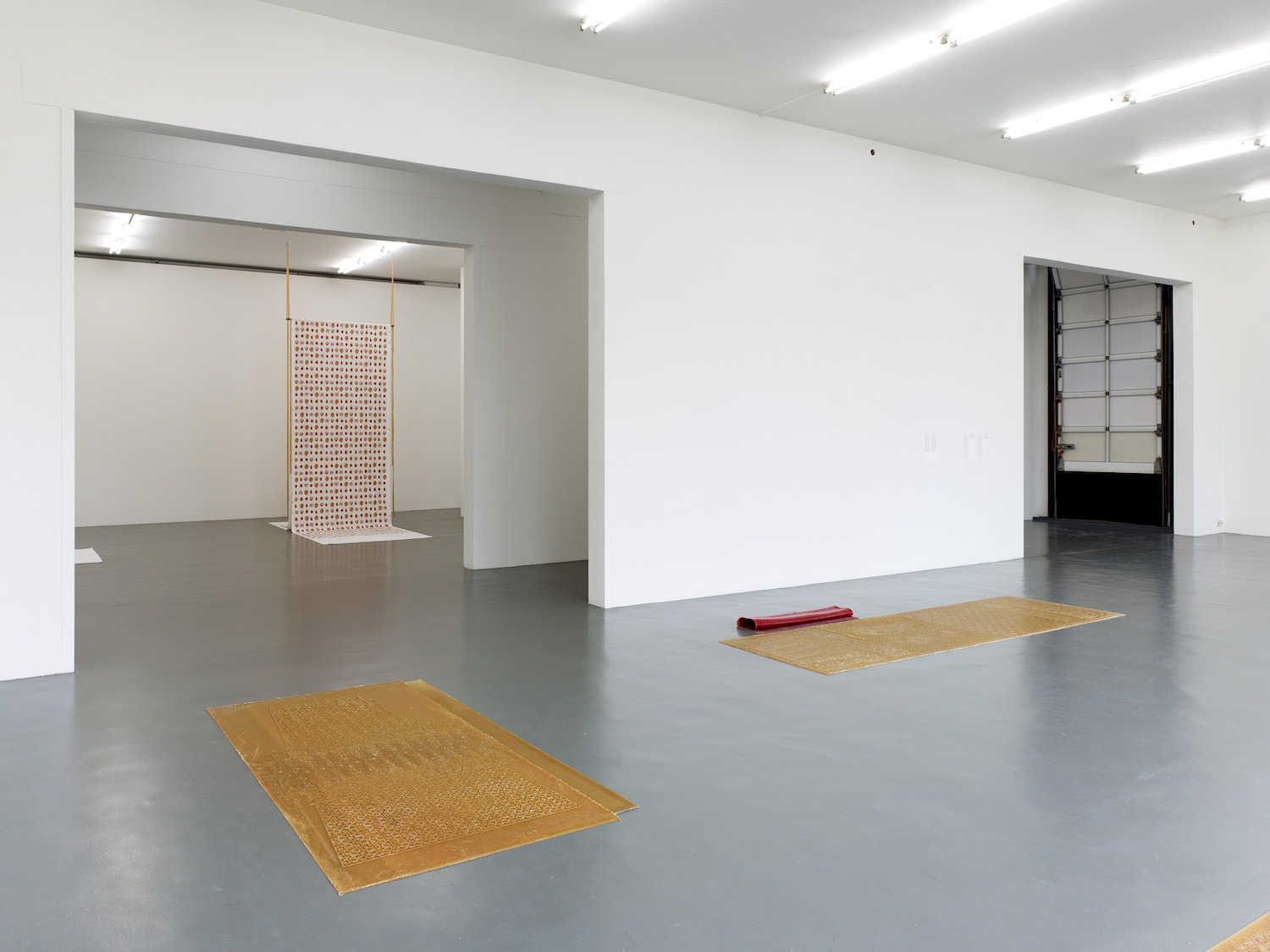 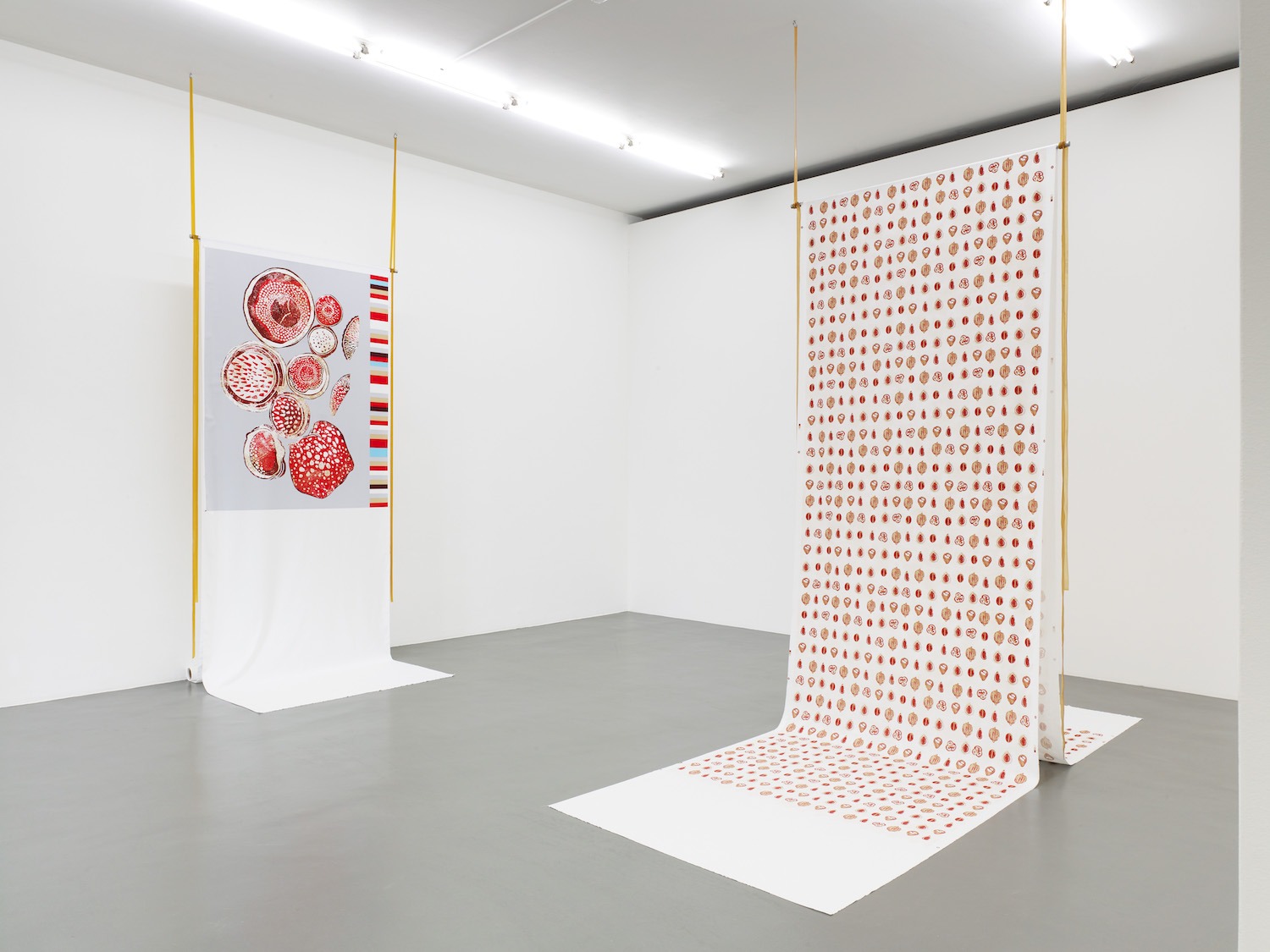 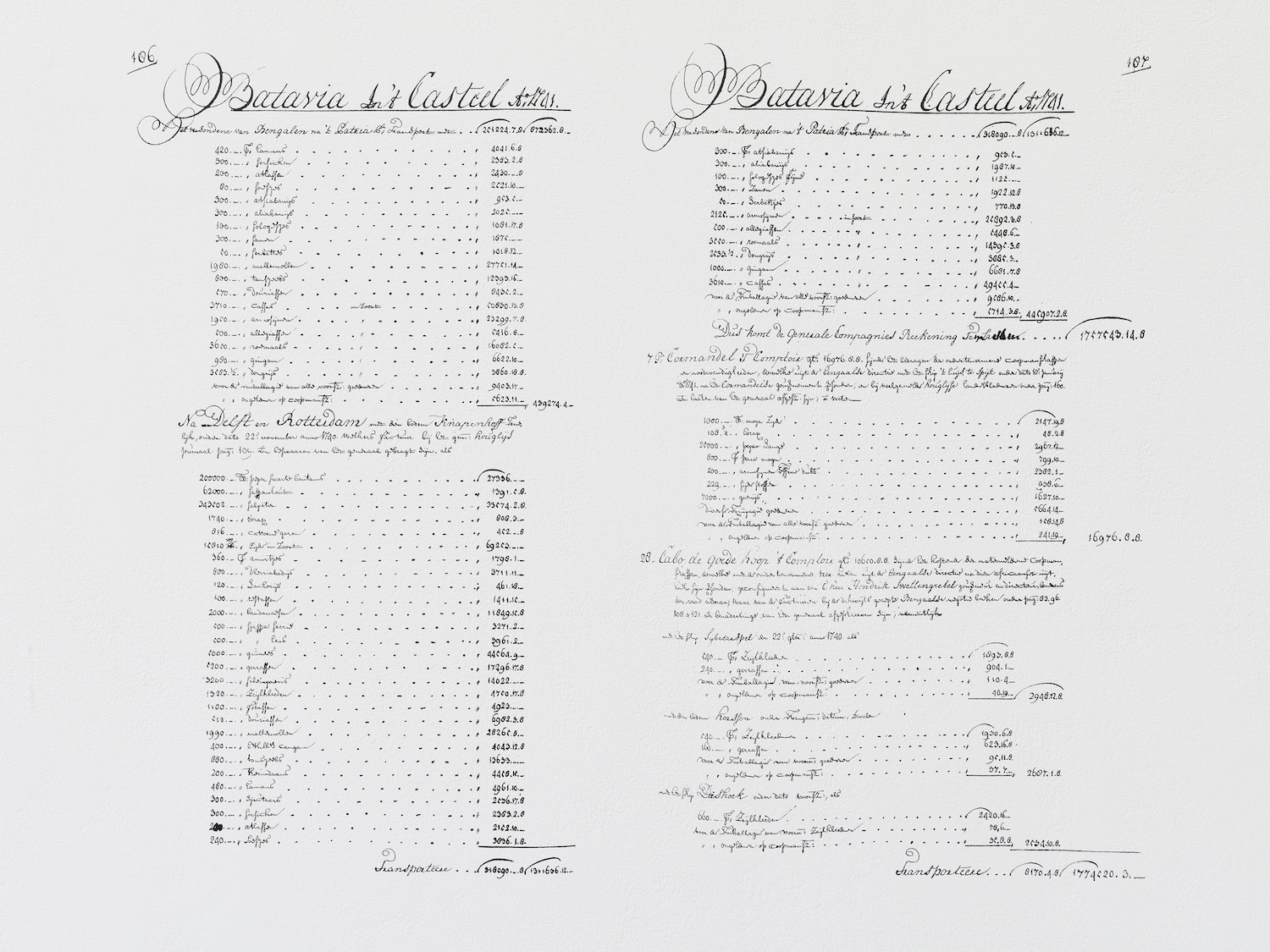 Rossella Biscotti’s work has dealt with an exploration of forgotten or untraced events that may come to reveal changing value systems, whether in their processes of production or consumption. The artist is interested in description, and in manifesting through sculpture and images, as well as through other genres and materials, the constitution of sentient beings as they are and not only as they may come to be perceived. She does so with an attentiveness towards revealing individual narratives, which she draws as much from oral histories, as she does from her technical, archival, and field research into sites that have been historically tapped by different forms of mining, exploitation, and confinement.

Her exhibition at Witte de With centers on the artist’s most recent research into the forced displacement and exploitation of bodies—human and animal—during the Dutch colonial period in Southeast Asia, and the exportation of plants at the wake of the twentieth century. This, she traces through real and fictional accounts.

An earlier work that also derives from this longstanding and ongoing investigation is Clara (2016). In that work, Biscotti’s protagonist is a famed eighteenth century female Indian rhinoceros called Clara, brought to the Netherlands by a captain of the Dutch East India Company (Vereenigde Oostindische Compagnie, VOC). By reason of its presumed exoticness in Europe, the rhinoceros was toured around Europe for seventeen years concluded by her passing. Biscotti’s work literally gave weight to the creature as subject, rather than to its spectacle. Clara is again a subject Biscotti comes to explore for her exhibition at Witte de With. This time, primarily through the artist’s research into the VOC archives, delving into its logbooks and noting the unregistered inventories that come with displacement.

The artist also takes other books as the basis for her new work. Among these, is the four-volume novel The Buru Quartet by acclaimed Indonesian author Pramoedya Ananta Toer. From this, she creates work inspired by five of its characters, one based on the life of Surati, who contracts smallpox voluntarily in her efforts to escape subjection as a concubine under Dutch colonialism. On par with this, Biscotti regards the exportation of the flowers rafflesia and amorphophallus titanium. As part of an experiment, toward the end of the 19th century the latter was planted at Bogor Botanical Gardens (then carrying a Dutch name, Buitenzorg) in Indonesia, for exportation to England, the Netherlands, and Italy; to this day, it may be found in the botanical garden of Leiden, the Netherlands, as well as other locations around the world.

Rossella Biscotti, new work at Witte de With presents a selection of these works. From the rhinoceros Clara, to the stories of five women and two breeds of corpse flower, the artist creates measured portraits—however uncontained, abstract and lyrical—of instances of forced migration. Moving between fiction and reality, Biscotti regards these narratives of displacement as forms of event.