A new work by Teresa Margolles 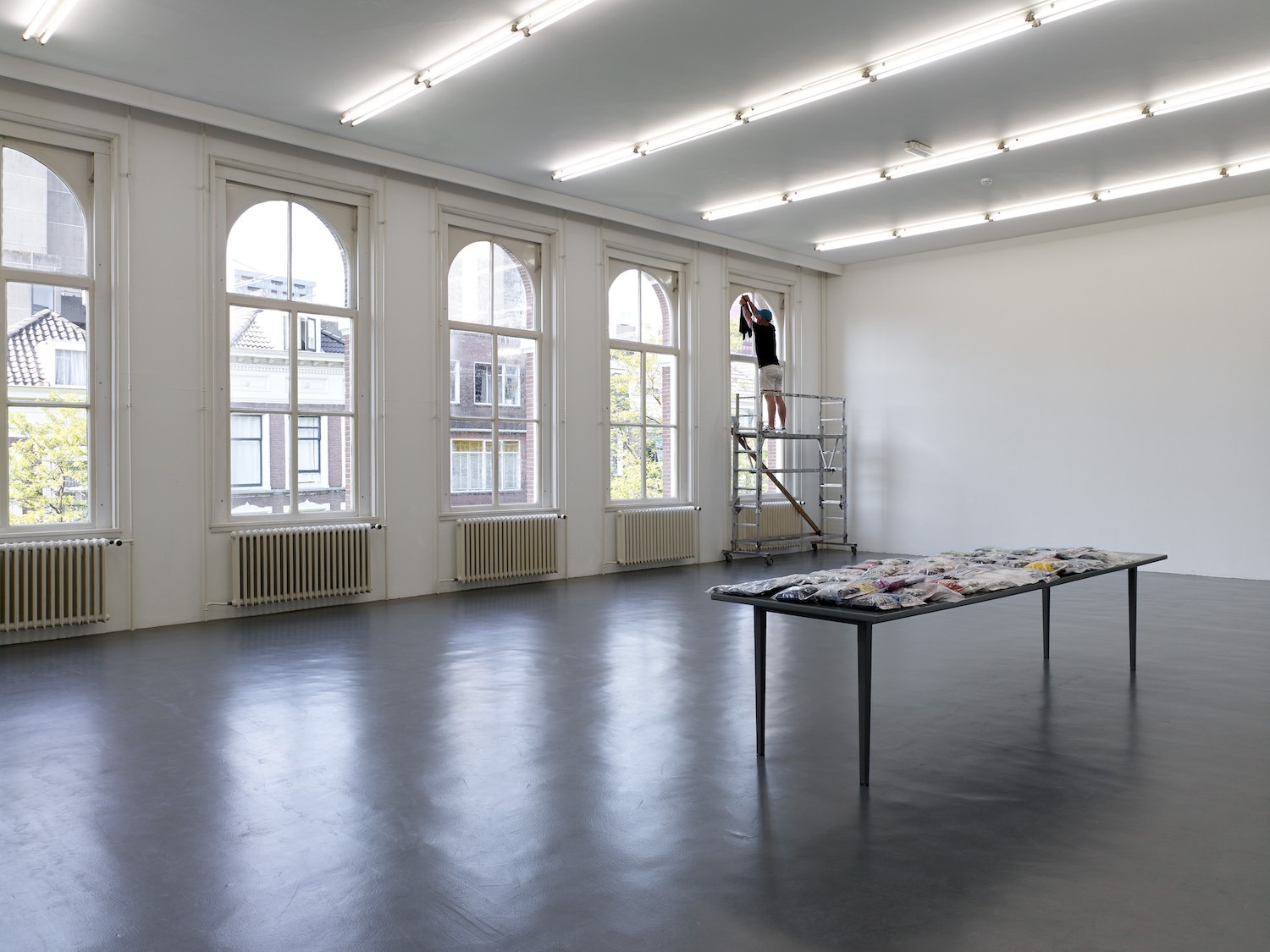 Not too long ago, Colombians fled to Venezuela and elsewhere to avoid the escalating violence and insecurity associated to their country’s drug wars and guerillas groups. Today, it is Venezuelans that have been fleeing to Colombia. With an economic hyperinflation and a repressive government policy, Venezuela is facing a food shortage and health crisis, among many other challenges preventing social welfare and safety. On a daily basis, hundreds of Venezuelans cross the border of San Antonio de Táchira in Venezuela to the city of San José de Cúcuta, Colombia. They go there to look for work opportunities or simply to find safety. There, their work typically consists of carrying out odd-jobs or manual labor to purchase basic goods such as food and medicine.

Trayecto — Fase 1. La entrega. Fase 2. A través. Fase 3. Inclusión (Trajectory— Phase 1. The Remittance. Phase 2. Through. Phase 3. Inclusion), a new work by Teresa Margolles, is developed after the artist’s fieldwork in this border region. She has traveled there on three occasions, first, in 2017 at the invitation of Bienal Sur in Colombia. During her time in Cúcuta, Margolles engaged with the sites and subjects of forced migration. In one of several actions there, she hired Venezuelans to carry stones across the river, which geopolitically divides the border; in another action, she hired them to knit their narratives into fabrics stained with the local soil. During these exchanges, their manual labor was remunerated, and was always accompanied by conversations with, and documentation by, the artist.

At Witte de With, the exhibition A new work by Teresa Margolles consists of a simple action: the six large windows of the gallery space are smudged, rather than cleaned, using shirts stained by the soil and sweat of over one-hundred Venezuelan men that Margolles hired in Cúcuta. This performance at the gallery is staged for the first month of the exhibition; during this time period, the shirts used are each progressively encased in a series of cement blocks, made on site. The initials of the names of each hired worker are then engraved into each sculptural element. Together, these elements progressively form an installation in the space alluding to spatial dynamics set forth by the border-crossers in that region. Also included in the galleries is a portrait of one the participants of Margolles’ action in Cúcuta.

A new work by Teresa Margolles comes from the artist’s long-standing and profound engagement with victims of violent crimes in sites where, for the artist, mending a social fabric that is torn invokes attention and involves care. In earlier works by Margolles, such as her installation In the Air (2003) and her exhibition What Else Could We Talk About? (2009), the artist has used materials like cloths and water employed to cleanse the bodies of victims or sites of violence. In other artworks, such as Lote Bravo (2005), she draws soil from the ground where victims of feminicide were found to create her sculpture installations.

The latter is one of a number of works the artist has made in and about Ciudad Juarez in México, a city that borders the United States and that welcomed numerous migrants from the South of the country as the workforce to the new industries based there since the early 1990s. However, the city significantly suffered the effects of the war on drugs in the past decades. As with Lote Bravo, A new work by Teresa Margolles emerges from field-work in a geopolitical border region where social displacement and precarity is latent. These works also share the proposition of sculpture to encounter an occasion “of being” in the presence of absent testimony.
www.kunstinstituutmelly.nl