The Crime Was Almost Perfect 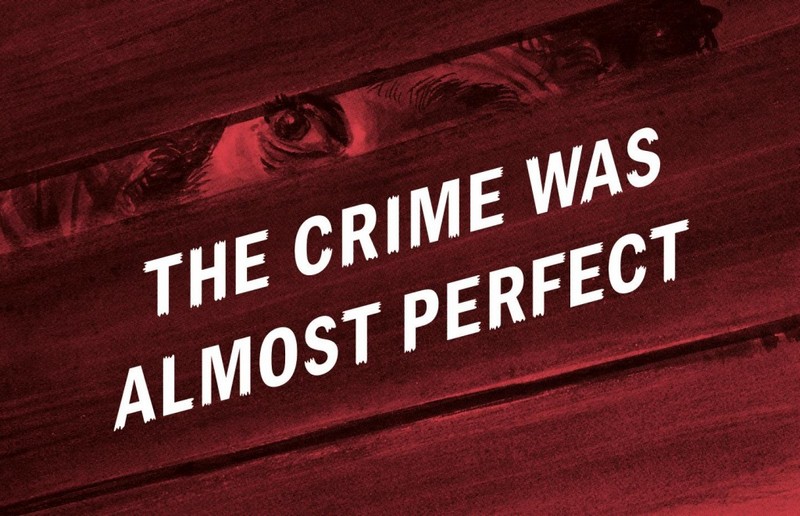 Like any good detective story, art history is filled with enigmas, myths, and riddles waiting to be unraveled. Solving these intellectual puzzles is a common pleasure and few are immune to such a cultural temptation.
Although the link between art and crime can be traced back to ancient times, Thomas De Quincey explicitly theorized this connection in his notorious essay “On Murder Considered As One Of The Fine Arts” (1827). The nineteenth century also saw the growing importance of photography both in the development of criminology and in the new sensationalism of the tabloid press—two phenomena that popularized the genre of the detective story. Cinema soon became the perfect medium for capturing the dubious charm of violence and transforming it into pleasurable images.
Following De Quincey’s ironic proposal to analyze murder from an aesthetic point of view, The Crime Was Almost Perfect is an exhibition that invokes the spirits of visual art, architecture, cinema, criminology, and the modern crime genre, transforming the rooms of Witte de With and the streets of Rotterdam into multiple ‘crime scenes’.
Beyond crime, there is Evil. Thus The Crime Was Almost Perfect necessarily examines the relationship between ethics and aesthetics. Questioning the role of authorship, authenticity, trickery, and fraud, the exhibition blurs the dichotomy between ‘good’ and ‘bad’ taste, while also highlighting the double bind of ‘crime as art’ and ‘art as crime’.
The exhibition brings together over forty local and international artists who cross the bridges linking art and the aesthetics of crime, including challenging works encompassing a multitude of artistic strategies. New and already existing projects as well as a collection of unexpected objects are immersed in unorthodox ways within an environment specially designed by Fabian Marti, that guides the viewer through routes containing different chapters.
Some of the works in the exhibition reflect the detective’s obsessive curiosity and interpretation, the narcissistic identification with the criminal, as well as the spectator’s fetishistic pleasure. A few projects deal with authenticity and frauds that could be considered as ‘art crimes’; some play with the artist’s role as subversive and marginal; others with law, order, and transgression; certain projects tend to represent crime as macabre and sublime as in the cinematic; while a few proposals provide evidence of public historical events—social, political crimes. A few projects could be said to combine selections of these main tendencies.
Eva Grubinger puts up a flag and a brass plaque on the facade of Witte de With, turning it into the Embassy of Eitopomar, a utopian kingdom ruled by the evil master villain Dr. Mabuse. Close to the entrance desk, a wall painted by Jean-Luc Blanc resembles the cover of a pulp magazine signed with the show’s title. Monica Bonvicini presents a machine of torture and desire consisting of six climbing belts in black latex suspended by chains on a slowly turning steel ring. “Why is desire always linked to crime?”, a quote from Karl Holmqvist’s film, will be constantly on the spectators’ mind, whereas Rupert Norfolk’s Guillotine represents the ultimate symbol of capital punishment, a disquieting presence that remains emblematic. In the film Murder in Three Acts, Aslı Çavuşoğlu mimics the television crime genre (exemplified by the series Crime Scene Investigation) showcasing exhibitions as crime scenes and art works as weapons, while Fabian Marti leaves imprints of his hands throughout the gallery spaces. Gabriel Lester creates a cinematographic loop of crime scenes in a park and projects it onto the surrounding walls and on the visitor, fetishizing violent images. The cinematic is also present through uncanny paintings by Dan Attoe, Richard Hawkins, and Dawn Mellor as well as with Brice Dellsperger’s and Aïda Ruilova’s films. Lili Reynaud-Dewar stages an elaborate installation addressing Jean Genet’s life and work as a writer, an activist, and a thief, while Dora Garcia invites the audience to steal a book. A monumental installation by Kader Attia evokes an oppressive labyrinth where images from his own private collection of newspapers and comic strips repeatedly depict the non-Western person as a beast or monster—like in the manipulations undertaken by colonialist propaganda. Jim Shaw ironically portrays businessmen as zombies through a set of paintings and a film, while Saâdane Afif presents the Centre Pompidou as a coffin softly killing the museum. These are just a few examples of the types of works that will be offered to the audience to be discovered during their visit to The Crime Was Almost Perfect.

Cristina Ricupero (Italian-Brazilian) is a Paris-based independent curator and art critic. She has curated exhibitions world-wide, and is known for her special interest in social issues and in constructing a story line through an exhibition with projects such as Fundamentalisms of the New Order (Kunsthal Charlottenborg, 2002), Populism (Contemporary Art Centre in Vilnius; the National Museum of Art, Architecture and Design in Oslo; the Stedelijk Museum in Amsterdam and the Frankfurter Kunstverein, 2005) and most recently Secret Societies (Schirn Kunsthalle Frankfurt and CAPC de Bordeaux, 2011-2012). She was also commissioned to cover the European section of the Gwangju Biennale in South Korea (2006) and co-curated a group exhibition with artist Fabian Marti: Cosmic Laughter – timewave zero then what? at the Ursula Blickle Stiftung, Germany (2012). Some of her latest shows include Suspicious Minds at Galeria Vermelho, Sao Paulo, Brazil (2013) – a prelude to The Crime Was Almost Perfect.
Support for the artists in The Crime Was Almost Perfect is generously provided by: Bundesministerium für Unterricht und Kunst (Vienna), Institut Français, Galerie Krinzinger (Vienna), Office for Contemporary Art Norway (OCA), Outset Netherlands, Pro Helvetia, SAHA, Galerie Peter Kilchmann (Zurich), Yvon Lambert Gallery (Paris), Nagel-Draxler Gallery (Berlin-Koln), Galerie Georges-Philippe & Nathalie Vallois (Paris). Additional support is provided by Museum Boijmans Van Beuningen and Sjarel Ex.
www.kunstinstituutmelly.nl