The Part In The Story 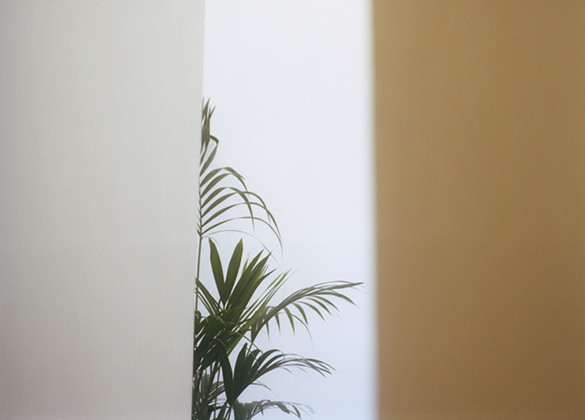 The Part In The Story Where A Part Becomes A Part Of Something Else is a group exhibition with works by more than forty artists. Playing with variation and repetition, resemblance and difference, synchronicities and slippages, this exhibition marks the end of Moderation(s), a long-term program (August 2012 – August 2014) initiated by Witte de With Center for Contemporary Art in Rotterdam and Spring Workshop in Hong Kong.

Artists: A Constructed World, Nadim Abbas, Allora & Calzadilla, Song-Ming Ang, Ivan Argote, Bik Van der Pol, Pierre Bismuth, John Cage, Chen Zhen, Chu Yun, Ceal Floyer, Aurélien Froment, Felix Gonzalez-Torres, Douglas Gordon, Minja Gu, Sharon Hayes, Ho Rui An, Ho Sin Tung, Tim Etchells & Vlatka Horvat, On Kawara, Patrick Killoran, Kwan Sheung Chi, Nicolás Lamas, Lee Kit, Michael Lee, Lucas Lenglet, Gabriel Lester, Marysia Lewandowska, Charles Lim, Katarina Löfström, MAP Office, Anthony Marcellini, Ahmet Öğüt & Cevdet Erek, João Vasco Paiva, Patricia Reed, Willem de Rooij, Mor Shani, Praneet Soi, Nasrin Tabatabai & Babak Afrassiabi, Koki Tanaka, Narcisse Tordoir, Freek Wambacq, Leung Chi Wo + Sara Wong, Magdalen Wong, Adrian Wong, Haegue Yang, Trevor Yeung, Johan Zetterquist Curated by Heman Chong (artist and writer, Singapore) and Samuel Saelemakers (Associate Curator, Witte de With)
But if everything is potentially everything else, complained the translator, what am I doing here? From “Afterword: The Death Of The Translator” by George Szirtes Works by more than forty artists from across the globe – including a strong contingent of Hong Kong-based artists, many of whom have never shown at Witte de With before– are gathered around key concepts such as time, duration and space (Douglas Gordon, Felix Gonzalez-Torres, On Kawara), memory and inscription (Ang Song Ming, John Cage, Sharon Hayes), transformation (Bik Van der Pol, Nicolás Lamas), pleasure (Ivan Argote, Chu Yun,
Willem de Rooij, Haegue Yang), and encounters (Lee Kit, Narcisse Tordoir). The relations and transferences between the presented artworks are guided by notions such as tension, repetition, variation, and momentum, reminiscent of Contact Improvisation, a dance method developed by choreographer Steve Paxton.
How can one work of art moderate another one? Can an audience become a moderator of the works on view? How much translation is needed to bring out meaningful relations between works created by different artists? If everything is connected, what is the shared connective language? The Part In The Story deals with the transmissive qualities of objects, situations, and storytelling, where one can dissolve into the others.
Guilty Pleasures, Incidents of Travel, A Thing At A Time, A Fictional Residency, Stories and Situations, and The Social Contract, each project installment of Moderation(s) questioned or redefined the conditions which impact the creation and production of objects, situations, and stories. As such, the dynamic triangulation between these three axis is the central topic of The Part In The Story, which can be seen as an epilogue and a reprise of the manifold motifs at play in the Moderation(s) program.
An epilogue is the final chapter at the end of a story. It can occur a significant period of time after the main plot has ended, and may offer scenes only tangentially related to the subject of the story. An epilogue can continue in the same narrative style and perspective as the receding story, although occasionally the form can be drastically different from the overall story.
www.kunstinstituutmelly.nl