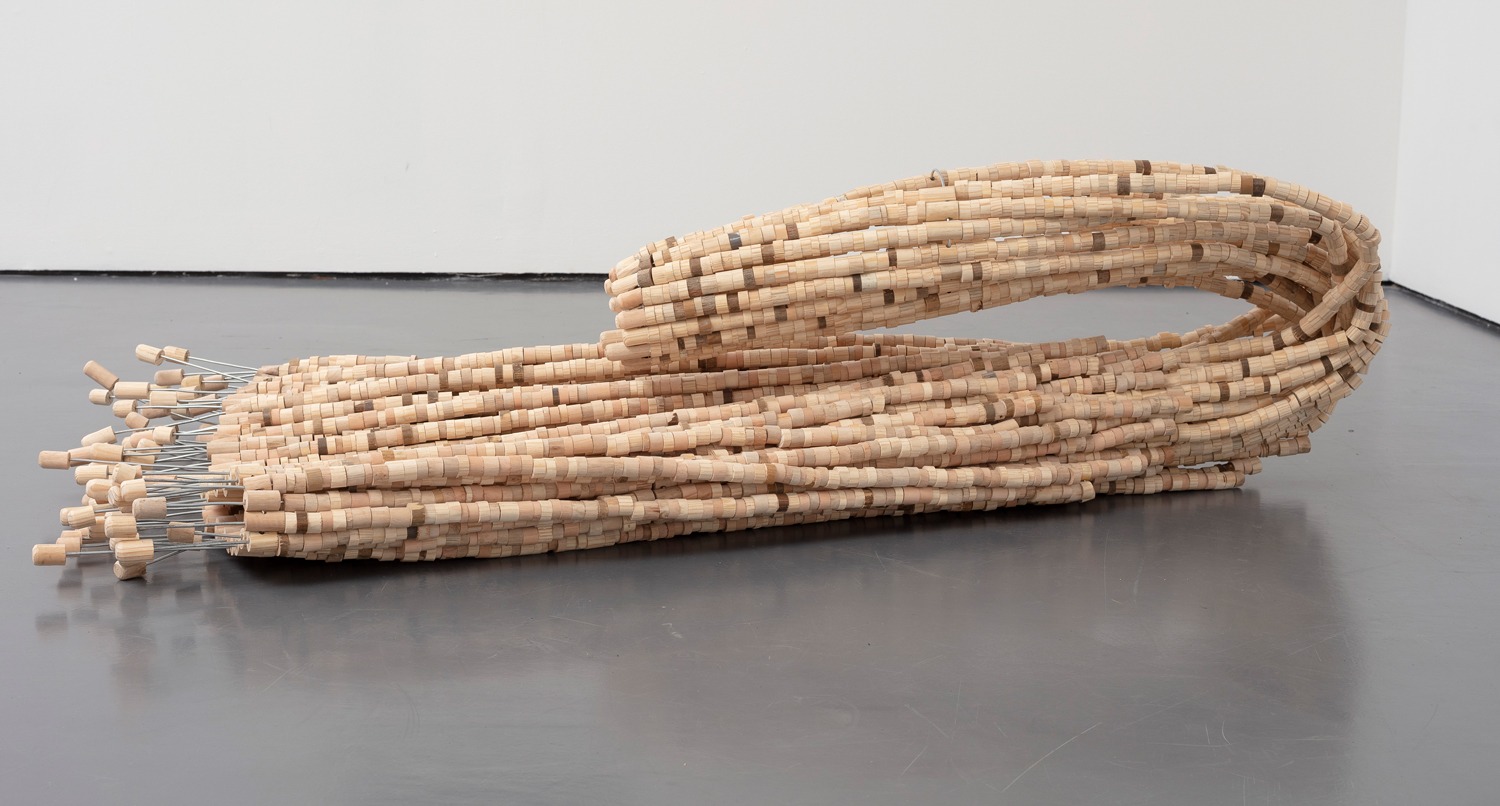 Usha Seejarim, Cornucopia, 2020
wooden sticks, wire
courtesy SMAC Gallery
Usha Seejarim was born in 1974 in Bethal, South Africa, and currently lives and works in Johannesburg, South Africa. Seejarim is a conceptual artist and sculptor whose practice is based upon her interest in the representation of gender and women, and a fascination with the ordinary through domestic and found objects. She works in a variety of media, from photographic and video media and makes assemblages finding form in both sculptures and images. For her first solo exhibition in Europe, Seejarim has created a new body of work, presenting eight sculptures and one large installation. Her departing point was inspired by the Latin term Vesica Piscis, which translated means “Vessel of the Fish”. This description refers to an almond shape or more accurately is represented by a symbol produced as a result of an intersection of two congruent circles, each centered on the perimeter of the other. Seejarim employs this oval shape to explore female identity as maternal, sexual and sacred.

Seejarim takes ordinary objects and recasts them into new form. The change is a structural transformation of meaning and function of the object. Working with clothes pegs, wooden brooms, irons and serving trays in their multitudes, Seejarim creates a bodily form through accumulation and rendering the objects function useless and yet aesthetically attractive. While her gestures are repetitive, they highlight themes about domestic labor, alienation and gender invisibility. Her work critically uncovers the structures inherent in our culture that render women as powerless subjects. For Seejarim, the female body represents the site of resistance and construction of new subjectivity. While the issue of female subjectivity is evident throughout her work, Seejarim explores the complex tension of being immersed in the everyday rituals of household duties and the desire for escape.

This is the artist’s first exhibition in the Netherlands. The exhibition is curated by guest curator Tumelo Mosaka, and coordinated by Wendy van Slagmaat-Bos.