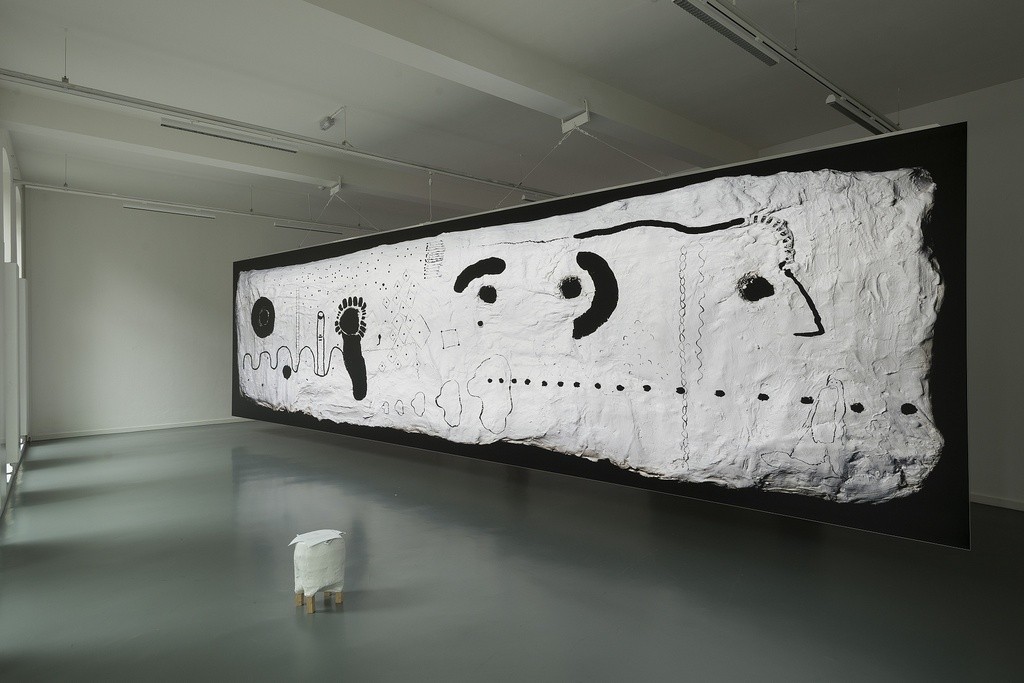 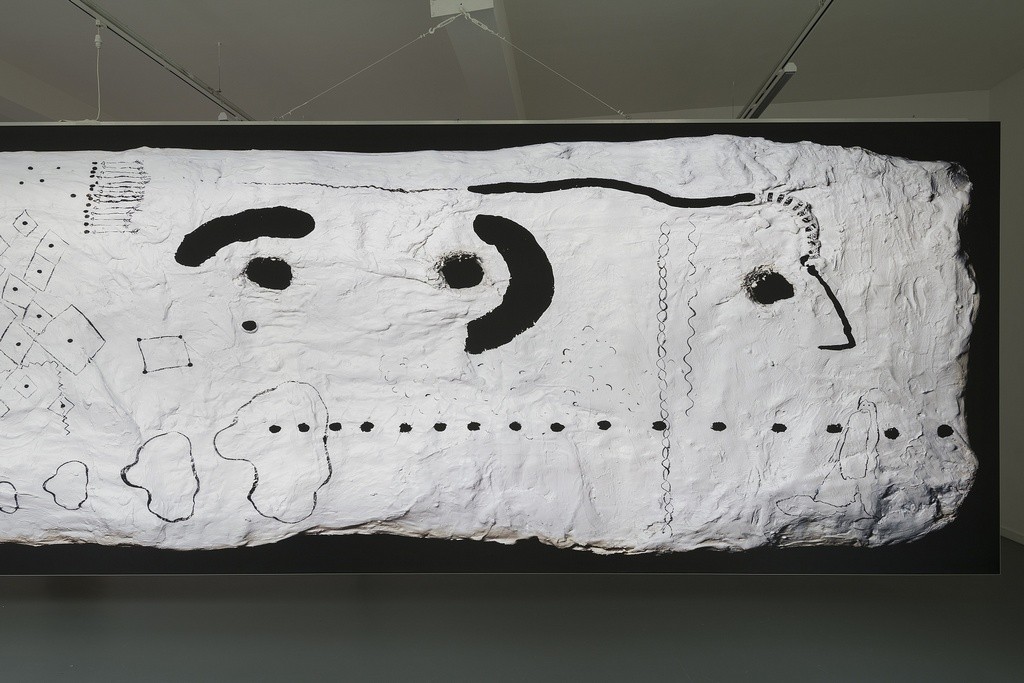 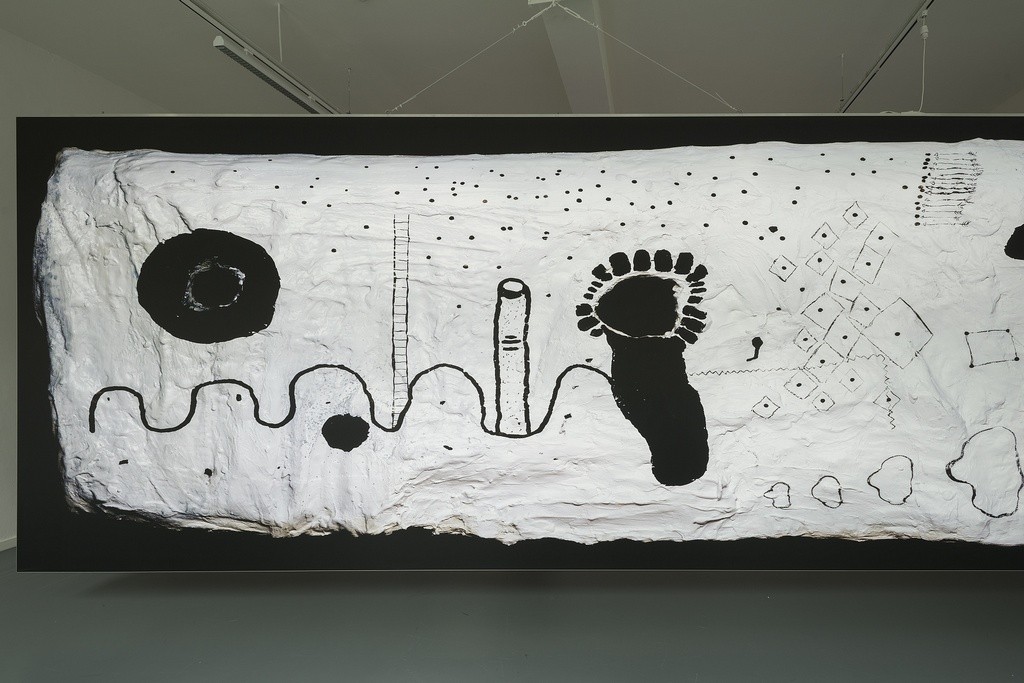 Zin Taylor’s work A Segment of Translation (F. Kiesler’s Mind Form) stems from extensive research into the work and writing of architect, theoretician, set designer, and sculptor Frederick Kiesler (1890-1965). The first retrospective of this extraordinary artist in the Netherlands was held at Witte de With in 1996, and included original models, drawings, documents, photographs and writings by Kiesler.

Taylor approaches the light box as an architectural element conceived of in a way close to Kiesler’s thinking. Kiesler used the word “organic” to describe his aim for architecture where a form emerges from a creative consciousness and is translated into concrete existence. Taylor himself describes his practice in a similar way, as a process where thoughts about a subject are translated into forms about a subject, where abstraction and phenomenology participate as tools in a narrative development of form.

The two sides of the luminous display together form a permeable wall, a skin which touches both an interior and an exterior space. The wall builds a space for thoughts to exist within. It divides the private thought from the public form. The wall is the membrane that collects these two opposing elements.

The inner space, facing the entrance of the gallery, holds thoughts, and can be seen as a cave for contemplation. One of Kiesler’s most famous works is the Endless House (1950-61), the result of his lifelong scrutiny of the conventions of modern architecture. This house existed as an idea, materialized only into scale models and sketches, making it a house built from thought, rather than stones. The construction principle of the house was that of endless tension, as there was not a single column in the whole structure. As such, the entire house exists as one form, endlessly flowing, or as Kiesler wrote: “like the human body – there is no beginning and no end to it.” This side of Taylor’s work can be seen as a hypothetical rendering of the inside of the Endless House.

Both sides of the work are connected by holes which seemingly pierce the surface. By adding windows to his wall, Taylor opens a portal where dialogue can move through. The inside goes out, and the outside comes in. This dynamic is referenced in the dotted lines which run across both sides, exchanging white circular voids for black locational spots.

The street-side image, facing the Witte de Withstraat, witnesses the ever changing identity of the street through gentrification, a process that filters out difference and mess, replacing this with something approved and clean. This is a corporate idea, to remove the hand-made and the vernacular for the betterment of a select population. Kiesler’s work can be seen as a sort of counterculture architecture, built as the result of protest gestures, of dropping out, of building a personal system.

The structure of the Endless House in many ways resembles that of a yurt, a type of mobile housing unit originating from the Middle East and North Africa that was adopted by American west coast hippies and communes as a home for their ideological activities. This correlation brought Taylor to the idea that alternate ideas take on alternate forms, and alternate forms have the ability to generate alternate ideas. Of the many characters on the front of the wall, one, on the far right, is an illustrated rendition of Mr. Natural, a character by cartoonist Robert Crumb that satirically embodies the hippy movement and its eventual ideological demise.
Also on view is a small stool made by Taylor, carrying copies of poems by Kiesler. Taylor interprets these poems as the document of a hallucinogenic dream-episode Kiesler underwent in 1962, when upon waking he immediately put it to paper. The Endless House was already completed as an idea by then. Taylor then asks: could these poems have formed along with the space created by the organic house? He sees Kiesler’s poetry occurring as the result of the Endless House, that piece of strange architecture presenting a mental opportunity for an extended form of abstraction to take place. In other words, the narrative of the poems occurred within the space made for it by the thought of the Endless House. Thoughts within thoughts.