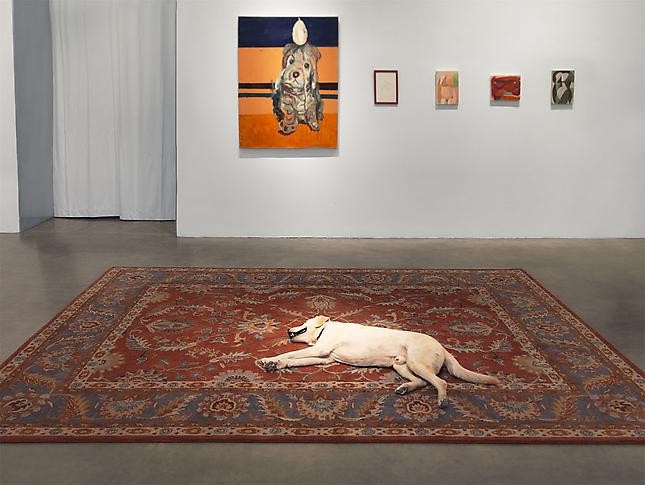 During the sultry dog days of summer Metro Pictures presents “Dogma,” a group exhibition organized by Swiss Institute director Gianni Jetzer. Bringing together works by a diverse group of contemporary artists, “Dogma” looks at the inextricable relationship tens of thousands of years of domestication have forged between mankind and dogs.The origin of the term dog days can be traced back to the ancient Romans, who attributed the heat of summer to Sirius, the brightest star in the night’s sky, which they referred to as the Dog Star due to its position in the constellation Canis Major (Large Dog). Dog days were long believed to be maddening and wicked times that turned food and wine sour and pushed man to hysteria. The sweltering days of July and August then are the perfect time to exhibit works that look beyond the cuddly cuteness of dogs to focus on the idiosyncratic, interconnected fates of man and his best friend. “Dogma” includes works by: Allora/Calzadilla, Nina Beier, Sebastian Black, Angela Bulloch, Olaf Breuning, Valentin Carron, Lara Favaretto, Claire Fontaine, Jack Goldstein, Richard Hamilton, Martin Kippenberger, Dustin Pittman, Dieter Roth, Jim Shaw, Andreas Slominski, Haim Steinbach, Mungo Thomson, Rosmarie Trockel, William Wegman and Christopher Wool. Nina Beier presents Tragedy, a performance in which a live dog plays dead as it lies on a Persian rug. Tragedy, occurs at intervals throughout the duration of the exhibition.
www.metropicturesgallery.com