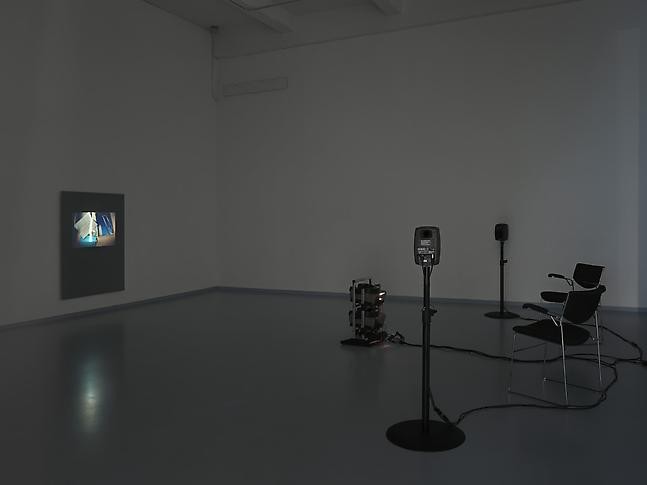 In Metro Pictures’ Upstairs Gallery, Tris Vonna-Michell exhibits Postscript III (Berlin), a newly reworked iteration of a developing narrative. Synching a dual-slideshow with an audio work playing from speakers in the gallery, Vonna-Michell describes his endeavor to tell a personal history of Berlin. He acknowledges his inability to pinpoint the narrative of his incongruous story through autobiographical and fantastic anecdotes, from searching for clues about his mother’s family at the long-gone Anhalter Bahnhof rail station to the inadequacy of his earlier aural performances to tell the same story. Calling into the question the authenticity of the images used in the slideshow, which at once seem to illustrate the tale, Vonna-Michell addresses a pervading theme of Postscript III (Berlin) when he says, “all these images are only, for me, trying to tell the story.” Continuously repositioning his studio recordings, performances, slide projections and assemblages of ephemera, Vonna-Michell expertly shifts the context of his works to expound on the possibilities of narrative.

Vonna-Michell is nominated for the 2014 Turner Prize for his work Postscript II (Berlin). An exhibition of the nominees’ work opens at Tate Britain in London in September.