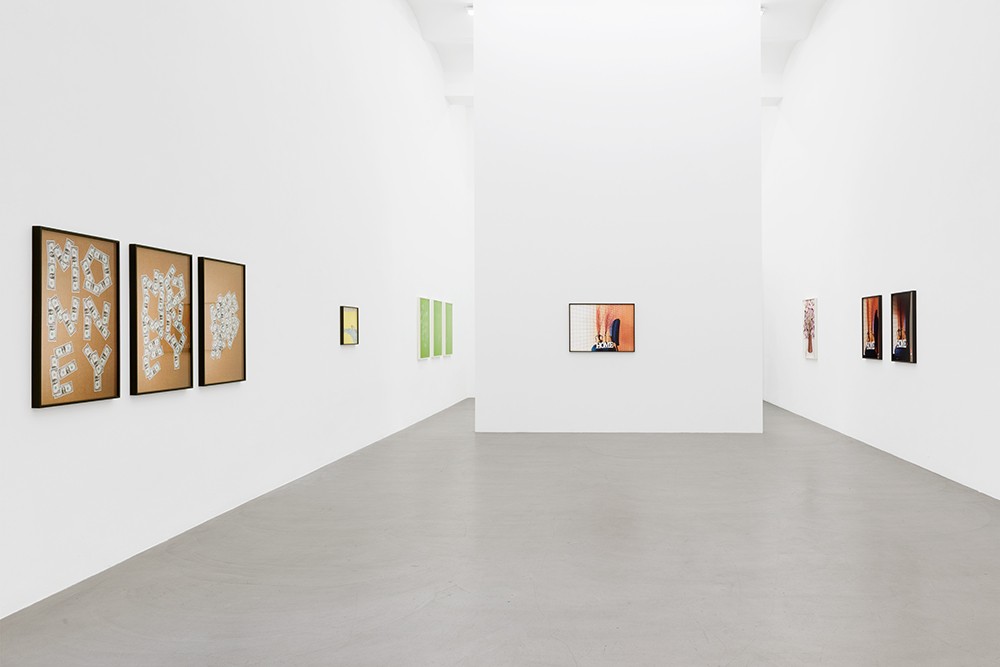 Annette Kelm's photographic work establishes polyvalent fields of association by nesting within them a variety of visualization strategies. These fields of association, as well as the cultural references contained within the motifs, elude any clear interpretation and resist a definitive iconographic decryption. The inherent tension between subject and composition, the reading of photographic signifiers per se, are addressed in demonstratively unspectacular productions. She explores not only the graphic, but also the painterly potential of photography. Like many artists of her generation, Kelm employs art-historical and pop-cultural reference systems, using them as leverage in approaching the tradition of art photography. In her work, functionality and aesthetics, ornate pop-baroque and classical modernism seem to become inextricably overlaid.

Jörg Heiser considers Kelm and Wolfgang Tillmans, one of her teachers, to share a playful curiosity, an ability to smoothly transition between abstract intimation and figurative directness, between individual works and exhibition staging. Kelm's practice, however, is significantly stricter, more classical. There is an evident affinity with conceptuality in the manner of Christopher Williams, but also with the sober materialism of Bernd and Hilla Becher. Kelm's artistic position is also directed against her immediate antetypes; their influence resonates within her work, yet is also refuted. Kelm ultimately avoids a final decision between veiled suggestion and frank disclosure of her references, and seems to dismiss choosing between idealism and materialism. Heiser: "Her pictures 'authentically' approach the material object; at the same time, however, they reveal themselves as artificial and staged. She demonstrates a Becherian sobriety – but precisely in dealing with fractious subjects."

In her exhibition Synchro at Meyer Kainer, Kelm, recipient of this year's Camera Austria Award, includes work created for the magazine; she was invited to serve as guest editor for the issue in which they appeared. "Home Home Home (2015) is the title of three new works for the present issue of Camera Austria International. And even if their simple and resistive motifs in the image seen almost identical, the artist actually introduces, above and beyond the question of format, a further criterion of differentiation by titling one of the photographs Home Home Home / Flashlight, another one Home Home Home / Daylight, and the third Money / Grid. As such, she highlights different photographic techniques and conditions within the photographic process. In fact, it is only for this reason that we even begin not only to leave the motif behind, but also to perceive that they are veritably different (e.g., in terms of exposure and their chromaticity), but also the result of an expe-rimentally founded method which lays personal claim to a definitive and absolute inherent logic in terms of artistic use." (Quotation by Maren Lübbke Tidow, Camera Austria International 2015, translated by Dawn Michelle D'Atri)
www.meyerkainer.com