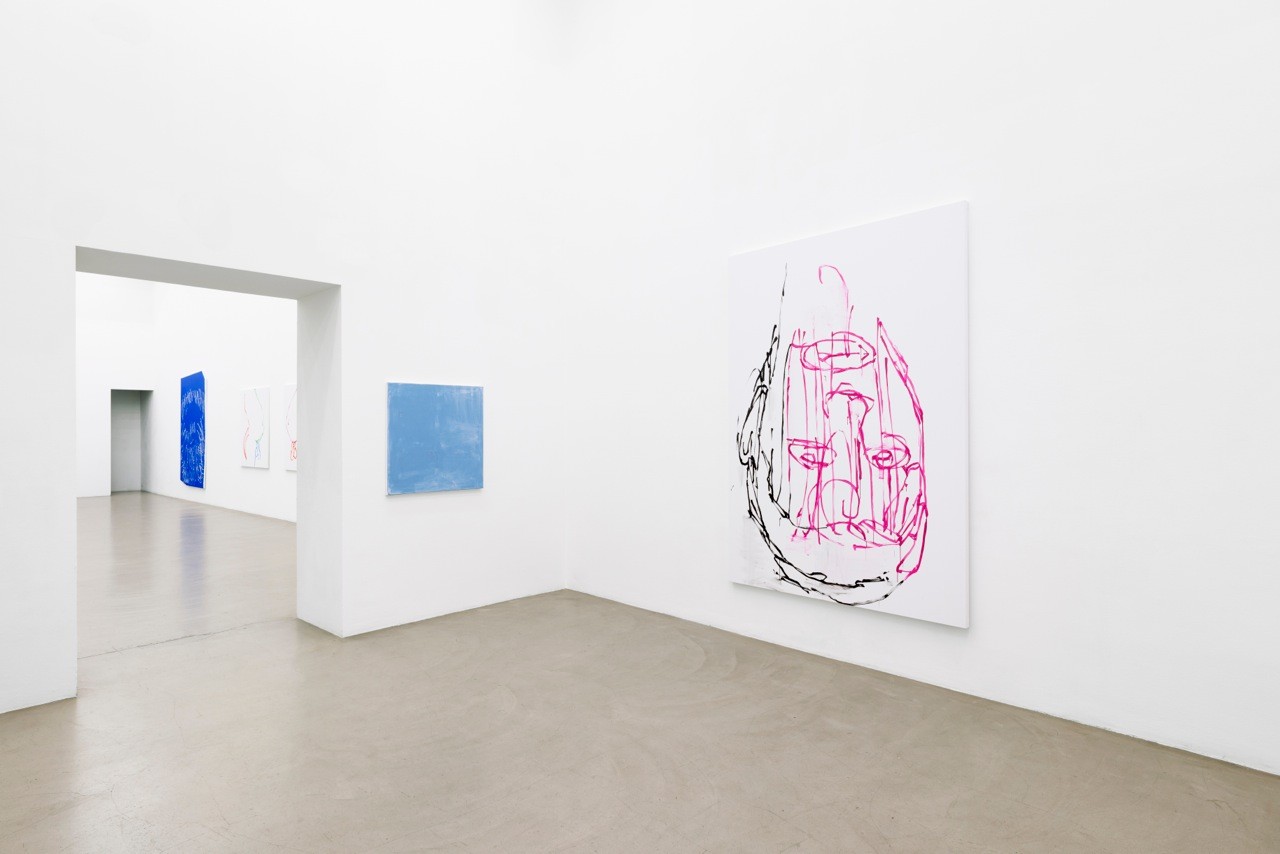 In his third solo exhibition at Galerie Meyer Kainer, Stefan Sandner presents a selection of eleven painterly works describing his consistent, medium-defining path. Works in which the artist again insulates, decontextualizes handwritten records (handwritten transcriptions, daily newspaper headlines, found footage...) and transfers them onto canvas. Transposed on canvas and into the picture, these images quickly address the viewer with the meaning of its text elements - on one hand they refer to their media familiarity, on the other hand, draw attention to fundamental problems of painting today with regard to its expressiveness and medial placing at present. In this ut pictura poesis, Sandner ghostly takes the written word out of the horizontality of writing and script, and leads the rapid, unconscious and accidental gestures of general everyday messages into complex brush strokes daring to mark an utopian-like point, where the visual and textual offer finally once stopped. The more the handwritten is staged here, the more likely it is that the handwritten is mistaken to be the artist ́s own. That the viewer is more inclined to graphological psychodiagnostics and the search for correlation between handwriting and personality traits than for picture analysis, is just as remarkable as is Frank Stella ́s observation that painting is generally a kind of handwriting itself. Transfers of headline sequences of an Austrian daily newspaper from the artist ́s iPhone into a bright yellow onto an oversized canvas, or the extension of the gallery ́s graphic concept by Liam Gillick, also represented by Galerie Meyer Kainer, with its specifically selected green tone and the gallery ́s artist list, which Sandner puts into the rhetoric of a painterly gesture. He thus reacts to an art-immersive audience situation, which Gillick himself estimated as follows: "This critical community is simultaneously subject and audience. Therefore, we have a situation in which an artist proposes a problem and will then position it precisely out of reach in order to test the potential of an autonomy of practice." Sandner's practice deals exclusively with painting and faces the expectations of highly networked artists of a post-post studio world, devoting himself meticulously to the difficulties and contradictions of material and format problems and visual construction.
Particularly through the interplay between the display of reference-rich overpaintings, inverted portraits, shaped canvases and thick-belly diptychs represented in this exhibition, he highlights the unlimited potential of painting for the production of meaning and action. The calmness and the calculus which the works radiate in the ghostly presence of their absent author may also be owed to the circumstances of those moments in which attention, perception, and fleeting brushstroke can still be reorganized1 within social-media and wild raging attention economies are hard-earned.