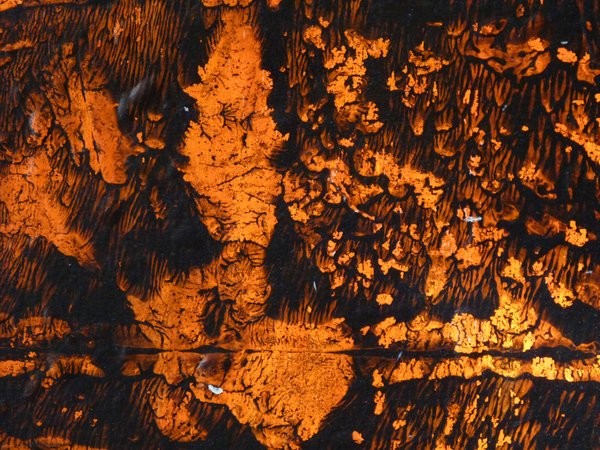 Today, the monochrome image occupies a solid place in the art viewer’s consciousness as the icon of modern and postmodern painting. At the same time, the radically different approaches, intentions and effects of the works encompassed by this term must not be overlooked. Two opposing styles can be identified here: On the one hand, there are works in which monochromy has an integrative function and generates – often in a meditative manner – a creative whole. Rothko is a good example. On the other hand, the color fields function as a means of division and a clear structuring of juxtaposition in the image. The works of Newman and Warhol’s monochrome images are worth mentioning here. There is, in the end, no contemplative moment in the perception of these paintings, but rather a tension that develops, because in the minds of the viewers multiple images can emerge and, in turns, pressure each other. Monochromy then breeds anxiety although it purports serenity on the surface.

With her paintings Christina Zurfluh has been a specialist for quite some time in the creation of tension through complex correlations. In earlier images it is, above all, about the layers that virtually emerge through the thickness of the paint. In doing so, the artist is of course far away from the concept of the dematerialized monochrome paintings of modern abstraction and close to the area of tension between painting, on the one hand, and installation and sculpture on the other. In her further development Christina Zurfluh pursues a way contrary to the normal chronology in that she begins to approach once more classical abstraction, albeit without abandoning her approach to image as material. Rather, there are additional references to collage, gestural brushwork, etc., with which the image is strengthened and thus continually forms new layers from which the paintings tension is generated.

In the images from this exhibition, Christina Zurfluh produces another reference to modern abstraction, namely to the monochrome surface. A color veil covers the strong materiality of the image and divides the image into fields. The choice of color with their often-pastel luminosity is immediately reminiscent of Warhol’s screen-printed works. However, here the monochromy does not cover any objective representation, rather it covers seemingly amorphous darkness. But in the next moment this overlay allows the dark structures to emerge like a text, making the amorphous quotable. On top of this there is a third layer of white spots, which at first sight appear as if they had gotten onto the image by chance. At one point it is footprints that suddenly counteract the second layer, which is going in the direction of objectless painting. Seen individually, however, the uppermost white layer is again readable as gestural painting, only to vanish behind the other layers in the next moment. Therefore, there are divisions on the canvas (juxtaposition) as well as in the canvas (super-imposition). In doing so, a new understanding of the monochrome image is worked out, suddenly receiving in this complicated network a meaning that cannot be confined to reduction.