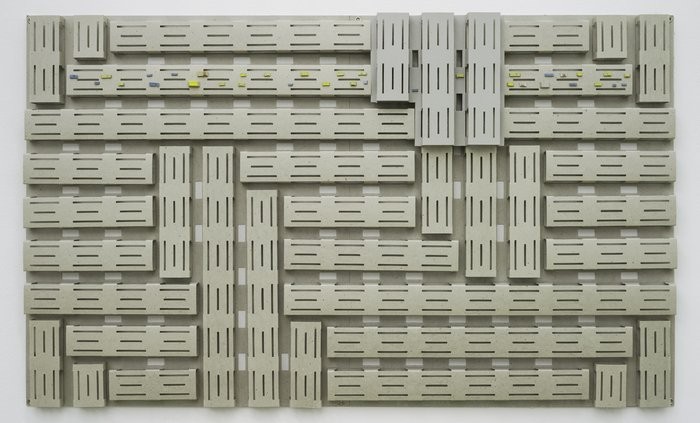 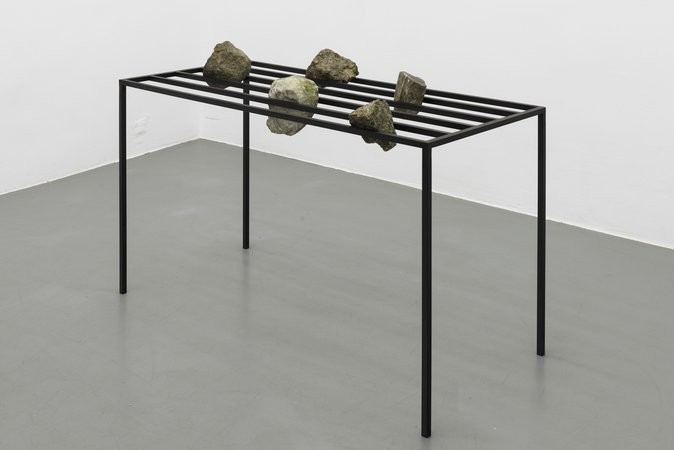 ... an exhibition
how Sunah and I will meet at your place...
how she deals with such a “petty concept of nature” –
by knowing exactly what prefabricated steel grids we encounter everywhere nowadays in the construction industry (in the past there was the profession of the iron bender, who bent iron mesh for the concrete mold) – which today, of course, is an entire industry - which, based on computer plans, delivers the actual ready-made frameworks directly to the construction site ... and we see these forms everywhere in – in front of – under – over building shells – and – when these true forms disappear under the concrete design – the second comes – namely the garden center culture. In order to mend our long perverted relationship to “mother nature”... By placing with magnets pierced, washed – stones found in nature (which one) – on exactly the polished positions, where our eyes need them for a moment when phoning and manipulating...