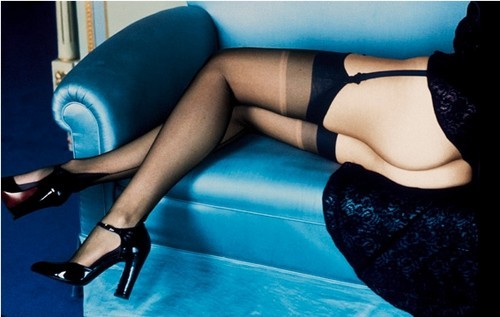 With SUMO, the Helmut Newton Foundation presents what might just be the most spectacular and expensive photography book project ever. Ten years ago, publisher Benedikt Taschen persuaded Helmut Newton to agree to produce a gigantic book with a print run of 10,000 copies, all signed by the photographer. Accompanied by a custom-made book holder by Philippe Starck, the book found its way into the homes of well-heeled buyers.

Now, for the first time, its 394 photographs will go on display to mark the 10th anniversary of a photography publication that today is a much sought-after collector's item. To accompany this presentation, Taschen will publish a smaller and revised version of the book for the regular book market.

In addition to SUMO, Mark Arbeit, George Holz and Just Loomis will be presented at the Helmut Newton Foundation with their photography under the title "Three boys from Pasadena". In the late 70s, they were students at the Art Center College of Design in Pasadena, Califonia and later became assistants of Helmut Newton.
www.helmutnewton.com