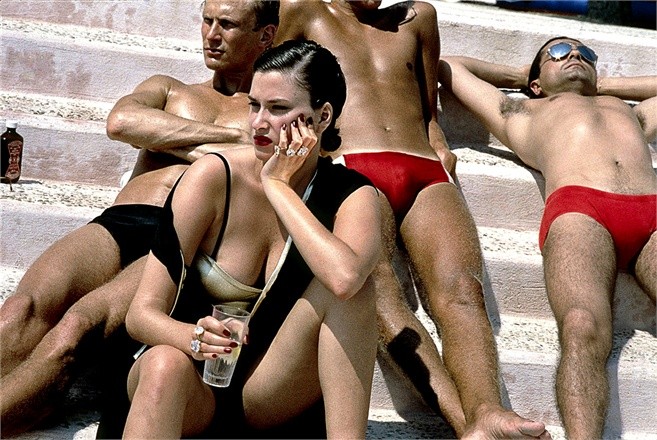 Fashion photography was always the most important genre in Helmut Newton's
work. Long before he filled his own first books by international publishing houses with his fashion images, he worked on commission for top magazines and fashion houses. Newton published quite a few of these photographsin 1984 in his fourth book - programmatically titled "World without Men." The book includesstatements and commentaries by Newton alongside many of the iconic photographs that he took in Paris, Saint Tropez, Los Angeles, Milan, Berlin, and London from the 1960s, 1970s, and 1980s. For the first time, the legendary photo book will be transformed into an exhibition and presented in its entirety.
This will be complemented by "Archives de Nuit," an exhibition project and accompanying publication by Helmut Newton, which premiered in 1992 in Paris. The project brings together diverse black & white photographs by Newton from the late 1980s and early 1990s: portraits, nudes, landscapes, and still lifes - but no fashion. Some of these pictures will be presented for the first time in Berlin.

Furthermore, the French artist and author François-Marie Banier has beeninvited to present more than 30 of his photographic portraits in "June's Room", among them Johnny Depp, Woody Allen, Samuel Beckett, Andy Warhol, Louise Bourgeois, andCaroline von Monaco. Banier has exhibited worldwide and his multifaceted work has been presented in numerous publications.
www.helmutnewton.com