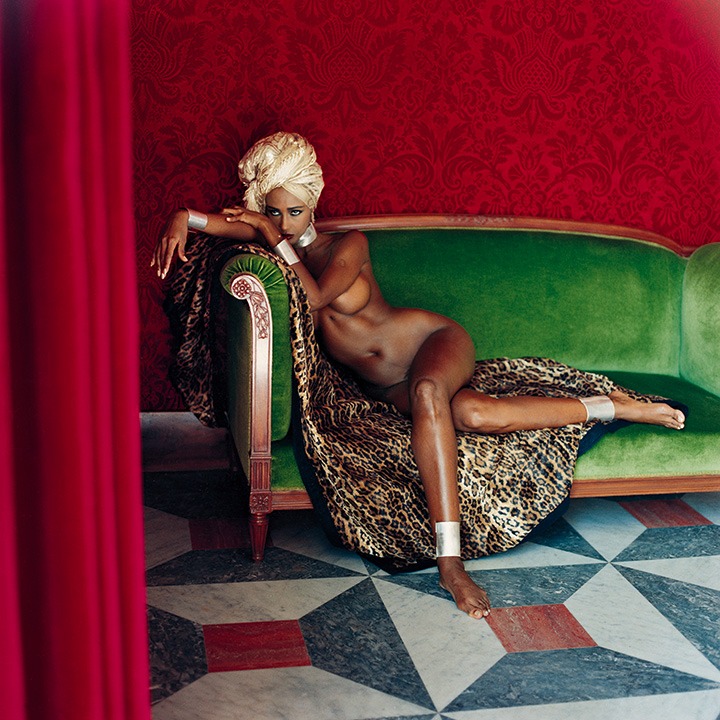 Twenty years ago, Taschen published its first monumental art book: Helmut Newton, SUMO. It came out in 1999 with a print run of 10,000 copies and delivered with a metal stand designed by Philippe Starck.

Now, the Helmut Newton Foundation organizes an unconventional yet fitting exhibition dedicated to this legendary publication: the book’s 464 framed pages are hanging on the wall, side by side, in two or three rows, one above the other, in the order of their appearance in the book. In contrast to browsing page-by-page through the book, we could stand in the midst of more than 400 iconic photographs and see everything all at once, his famous nudes, portraits and fashion photographs shot for various magazines. SUMO begins with an introductory autobiographical essay by Helmut Newton. With his words, the photographer takes us on a journey through time – from Berlin to Singapore, Australia, and Paris, where his incomparable career as a fashion photographer began in the early 1960s. Starting in the 1980s, he took also nude and fashion photographs in Hollywood where Newton met three young photography students : Mark Arbeit, George Holz, and Just Loomis, who would assist him with his work in the following years.

This collaboration and friendship now ends in the presentation of Three Boys from Pasadena, about 50 photographs per artist and exhibition room. Mark Arbeit displays life-size photograms of nude female models and small-format photograms of toy dolls which pay homage to Helmut Newton’s passion for collecting such figures. His Torso series refers to statues from classical antiquity as well as Surrealist photographic experiments. George Holz presents a number of his well-known Hollywood portraits which have adorned many covers of well-known magazines, accompanied by more recent nudes. The coexistence of the dressed and undressed, of protagonists who are both pensive and seductive, can also be found in the work of Helmut Newton. Just Loomis, meanwhile, has selected some of his Backstage works to complement his earlier As We Are series. His images reflect his attentive, empathetic view of people, be they children, waitresses, homeless people, or models. With Backstage, he shows us the other side of the glitzy fashion business: the concentration, frenzy, and intense emotional energy of the models which charge the atmosphere behind the catwalk.