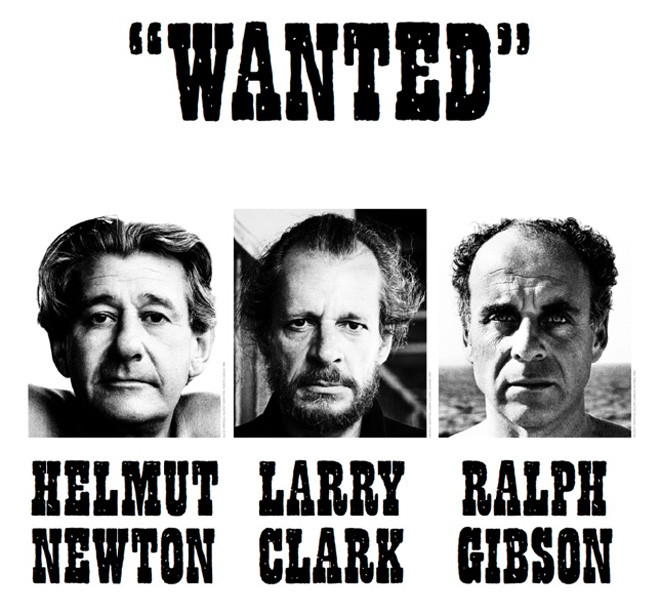 
After the outstanding success of the exhibition trilogy "Men, War and Peace", the Museum for Photography continues the exciting confrontation of Newton’s works with those of photographers he admired.

In the three front rooms, the pictures taken by Helmut Newton in the years 1987 to 1995 and published in his own magazine "Helmut Newton Illustrated" will be on show for the first time.

The central exhibition room is dedicated to the notorious series "Tulsa" and "Teenage Lust" by Larry Clark. Taken in the 1960s and 1970s, these photos illustrate the lives of teenage drug addicts and their sex life - previously taboo subjects. With these works, Clark became one of the most important influences for photographers such as Nan Goldin or Richard Billingham.

Larry Clark’s provocative book "Tulsa" was published in 1971 at Lustrum Press, a photo book publishing house founded by Ralph Gibson. At Lustrum Press, Gibson himself published his own books "The Somnambulist", "Déjà-vu" and "Days at Sea" in 1970. A representative selection of both black-and-white and colour pictures from these book series, in addition to some later projects, is now on show in unprecedented combination in the temporary exhibition rooms at the Helmut Newton Foundation. Gibson’s timelessly subjective imagery is characterised by harsh contrasts and cutout-like abstractions.
www.helmutnewton.com