Studio and Production as a Subject of Today’s Art 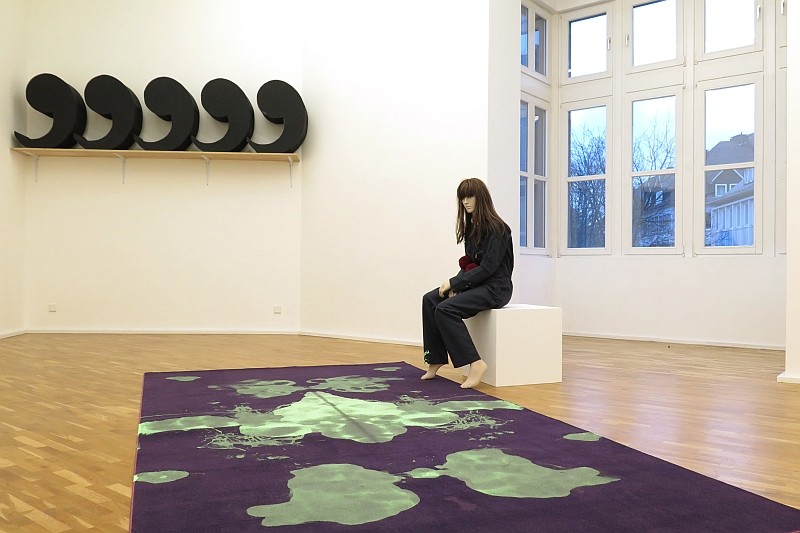 Mai-Thu Perret, Donna Come Me, 2008 © Mai-Thu Perret. Photo Museum
This exhibition is conceived as an essay and deals with the way in which consideration of the making and places of art is reflected in the artworks themselves.

In the history of art, the studio was the traditional place in which artworks were produced, subsequently to be released into the world as transportable objects: into galleries, museums and private collections. At the same time this ‘order’ of places and their functions corresponded to the unity of author and artwork, a stylistic and genre-specific identity.

There are no longer any fixed orders and attributions in today’s art production. Concept Art has no uniform style; artisan production is delegated, and playful and associative strategies now create manifold constellations of references. The function of the studio has become more relative in this context.

Interestingly, in the current ‘crisis’ of the studio the art-historical genre of the studio picture is entering into many artists’ horizons, once again becoming a symbolic “motif”, often with a melancholy or ironic undertone. Meanwhile, there is reflection on the production of art in other places. This exhibition is conceived as an essay and deals with the way in which consideration of the making and places of art is reflected in the artworks themselves. 20 international artists will be showing works or working contexts from the last 15 years as well as works newly produced on the occasion of the exhibition, which focus on questions of authorship, the finding of ideas, style, participation, and the relations of the studio and public exhibition locations.

It is the ‘shadows’ of art – based on a formulation by Roland Barthes –, which are finding their way here into the artwork itself.