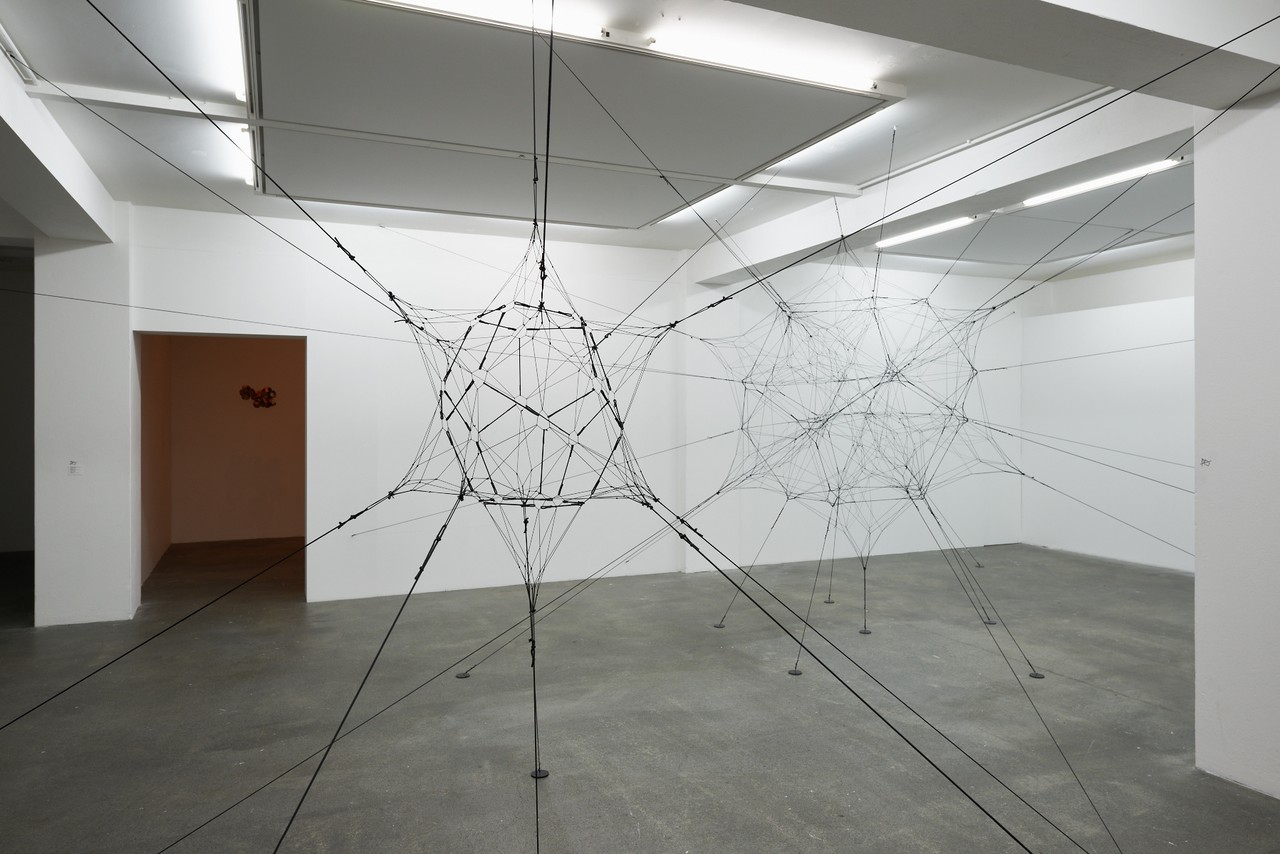 The sculptural, room-spanning installations all share in common the quality of being delicate and yet powerful, of appearing corporeal while simultaneously exuding something intangible and unreal.

For the exhibition “How Space Turns” the Icelandic artist and curator Ingibjörg Jónsdóttir is bringing together works from seven artists and combining them with a work of her own. Their common denominator could be the associative metaphorical closeness to the natural sciences and natural patterns and to the combination of organization and the organic. Ingibjörg Jónsdóttir sees the exhibition as an invitation to the viewer to participate in an experiment which she has been conducting for a long time, namely to explore how matter, structure, and space interact with each other and how they directly address the perceiving body, how they furnish it with energy and animate the viewer to intuitively discover tiers and systems of meaning.

The works contain an inherent knowledge and an own logic, for their statement coincides completely with the materials being used, with their form and their spatial conjunction. They coalesce with the room, with the sequence of rooms, and with the other works; they ultimately constitute an inner organism, made up of several components, which is suggestive of the complex interweaving of the elements and parts of our bodies and, basically, of all living organisms. One of the key elements of the exhibition is its rhythm: the timed movement through the rooms and the timeless repetition of patterns. Here we have references to an entire spectrum of cyclical natural phenomena, to frequencies ranging from micro-seconds to millions of years. Here the echo of life itself comes center stage. Finally, the pieces also remind us of how, many years ago, “the sculpture” was dethroned by minimalism and the Arte Povera movement. Boundaries were dissolved and the simplest materials lent themselves to the production of poetry. This is an ongoing process. Contemporary and and at the same time-enduring is this exhibition.