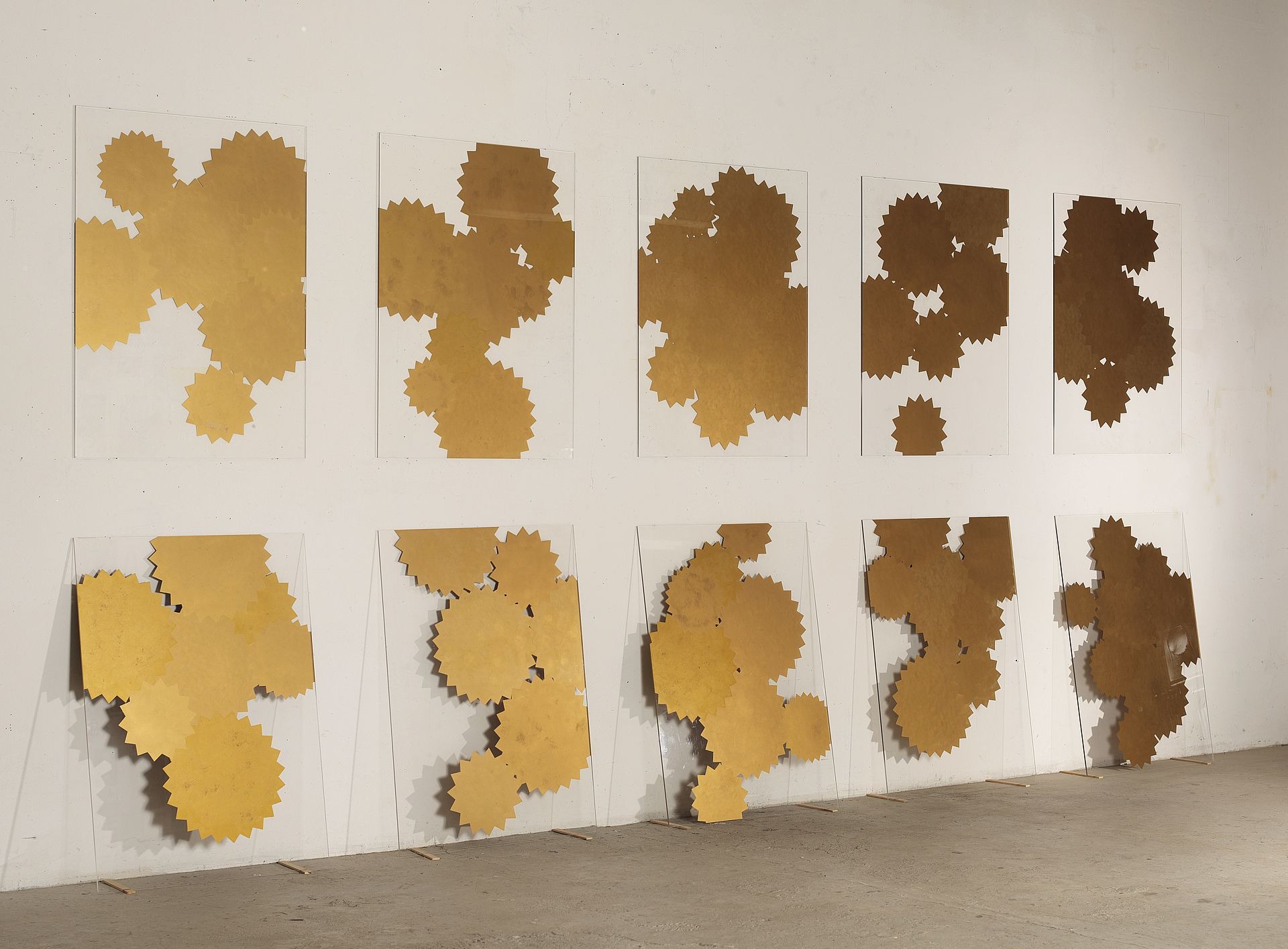 Hubert Kiecol, Golden, exhibition view, Museum für Gegenwartskunst, Siegen, 2010. Foto: Rosenstiel
Since the 1980s, the artistic work of Hubert Kiecol (born 1950) has been celebrated for its clarity, stringency, and serene equanimity. Our new exhibition “Golden”, which derives its name from a work with the same title, features several select sculptural pieces and places these into context with the artist’s other major thematic field, the graphic works. Next to sculptural pieces, such as “Palace Girl” or “Séparée”, the exhibition highlights large-format drawings, wood prints, screen-prints, and etchings. In their size and simplicity these two-dimensional pieces accost the viewer with pure elemental forms and formations. In single pieces, in pairs, and in rows the ensembles interface and develop fundamental variations that bear an inherent, sculpturesque precision of material and form. The works aren’t pictures in the conventional sense or representations of the material world that stand before us, but archaic types and iconic signs that create reminiscences and yet stand for themselves. Kiecol’s form types and signs are open, they connect with the surrounding space in a very specific manner. They influence the space within which they stand and, in turn, the surrounding space affects them. Through this interaction an interplay enfolds in conjunction with the viewer. Opposing themes such as form and matter, closeness and openness, boundaries and transcendence, emptiness and density, gravity and weightlessness, objectivity and abstraction can only be grasped as an inextricable – paradoxical – constellation by taking in varying perspectives. Kiecol achieves this in the most concentrated form. In a fundamental way, he shows us what abstraction is: not a single irreversible step, but a perpetual process of production, just as in the reception of visual forms.

This exhibition features works from the early eighties up to the present.
www.mgksiegen.de