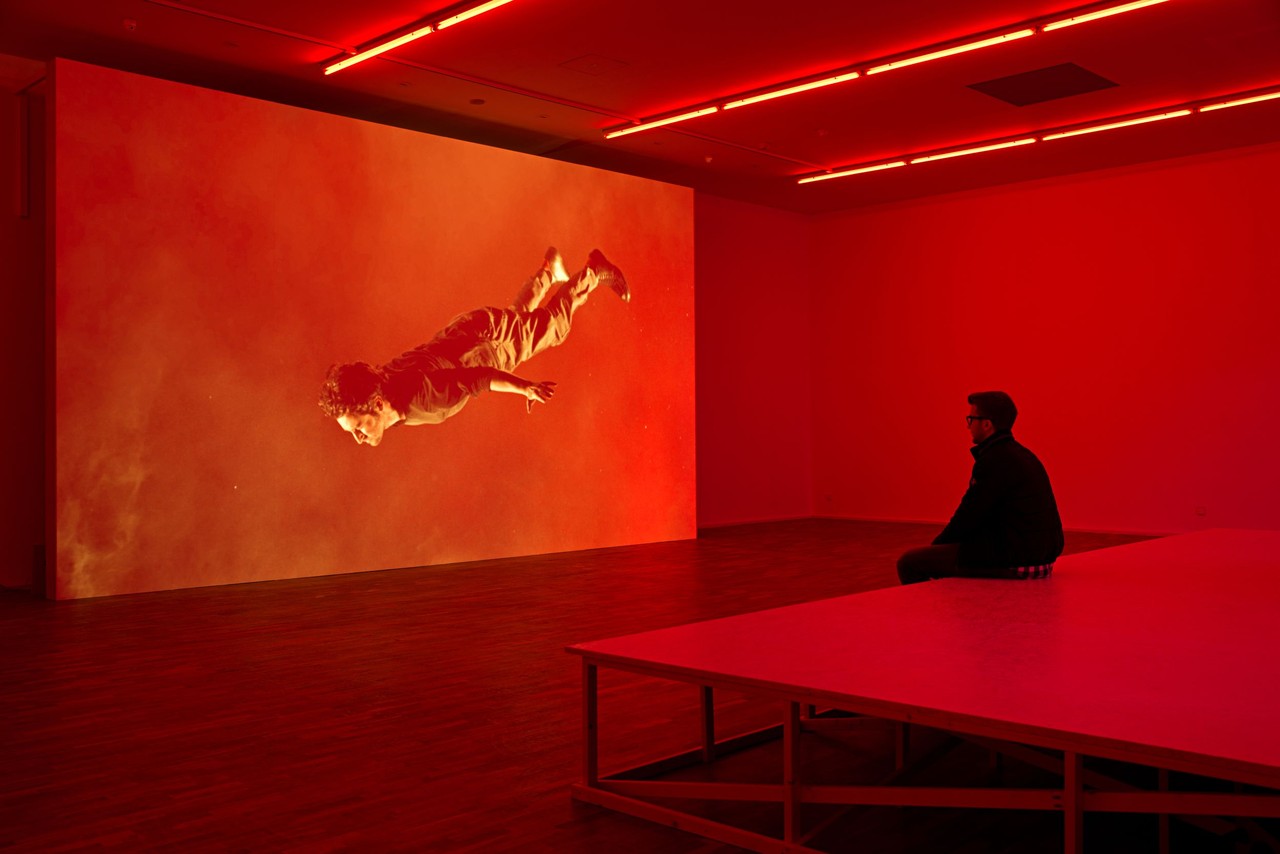 Sebastián Díaz Morales, Suspension, 2013-14
Exhibition view Museum für Gegenwartskunst Siegen
© Sebastián Díaz Morales
Photo: Christian Wickler
Morales films and videos show that reality is nothing more than a figment of the imagination. Every figure and every narrative in them is a metaphor for the boundary between reality and fiction.

"The mind was dreaming. The world was its dream.“ Jorge Luis Borges

Sebastián Díaz Morales was born in 1975 in the Argentine city of Comodoro Rivadavia. His pictorial language bears the mark of this “Capital of the Wind”, as it is called, situated in an isolated spot between the Atlantic Ocean and the Patagonian Desert. As Morales himself says, the experience of growing up in an extreme environment in the middle of nowhere led to a special way of perceiving reality.

His films and videos, which he has been producing since 1998, show that reality is nothing more than a figment of the imagination. Every figure and every narrative in them is a metaphor for the boundary between reality and fiction. His films revolve around the suspension of time and the displacement of space and time through the constant dreaming and reconstruction of reality.

Morales works with various filmic techniques, for example montage, cartoon-like dissociations or slow motion. Sound also plays a leading part, whether in the form of noise or film music. Some of the works are reminiscent of science fiction. Their narrative style and dialogues are of a minimalist character, yet their imagery evokes associations by which the viewer discovers a new take on reality.

The two major videos Insight (2012) and the newly produced Lost Object (2016) join the monumental high definition video installation Suspension (2013) to form the core of a show featuring altogether five video installations along with objects and drawings. An impressive overall staging awaits the visitor – a fictional world that holds him captive as in a dream.
www.mgksiegen.de