What Models Can Do

A short history of the architectural model in contemporary art 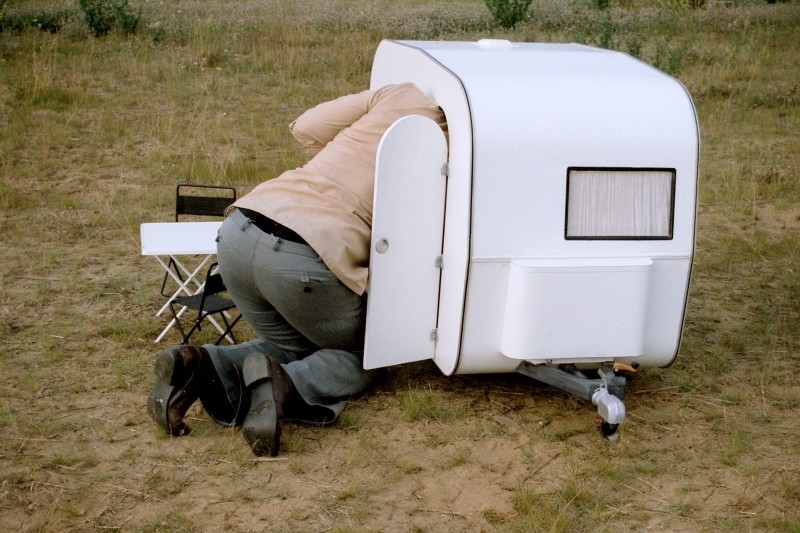 Christian Haake, Trailer, 2005
The exhibition writes a brief history of the architectural model in contemporary art.

In the field of architecture and urban planning, the three-dimensional architectural model – on a reduced scale -- continues to function as a tool when communicating planned or realised architecture. The model can efficiently provide information about larger spatial contexts, which are either experienced very differently in their original dimensions or may even be impossible to experience at all. Through its reduction in size, the model also facilitates a reduction in spatial complexity. Suddenly, it is possible to grasp things at a glance that can only be understood in their original size through the time-consuming process of a physical inspection.

It is noticeable that contemporary art frequently adopts the architectural and urban model, removing it from its tightly framed functional context, adapting its phenomenological qualities and giving it a fresh function in the context of artistic questions. In the conceptually dominated art of the last 40 years, the architectural model is opened up poetically and employed in a metaphorical and theatrical fashion. Another important aspect in this context is the mysterious aura of the miniature (Gaston Bachelard), which the eye can penetrate – without the body, so to speak, but without forgetting the physical experience.

On the one hand, reference to the architectural model helps to develop issues concerning the sculpture; on the other hand, the architectural model can serve – precisely because of its interim state between concept and realisation – as an instrument of criticism and utopia. It is this not-only-but-also, this simultaneity of direct sensory presence and yet suggestive distance to the viewer’s sphere of experience, which constitutes the fascination of the model.

The exhibition writes a brief history of the architectural model in contemporary art. It begins with the legendary model by Charles Simonds, covers the 1990s with Ludger Gerdes, Hermann Pitz and Thomas Schütte, and weaves the thread further, up to the present day, with Alicia Framis, Hinrich Sachs and Carlos Garaicoa.