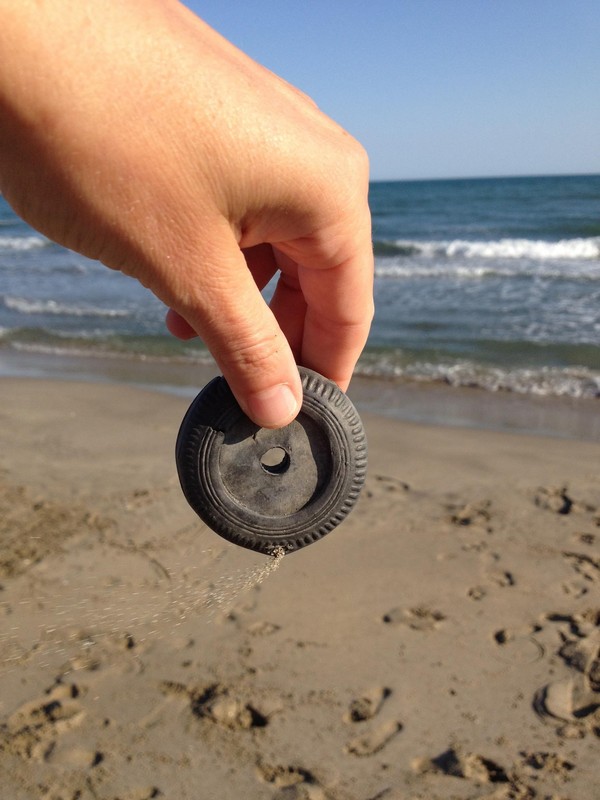 Galerie Micheline Szwajcer is pleased to present Vintage Discounter, the fifth solo exhibition of François Curlet at the gallery. The exhibition centers on a new series of discount store logos, made of laminated Formica tabletops from the charity shop Emmaus, as well as a nightmarish, advertising version of the Native American dream catchers.

According to the artist: “The whole forms a keyboard shortcut to the human food chain, as reflected in the words of French singer Philippe Katerine in relation to the sweaters he purchased at Emmaus: “I love wearing the clothes of dead people.” The film of historical comfort present in the memory of Yves Klein’s Le Vide (1958) and Arman’s Le Plein (1960) at Galerie Iris Clert in Paris­ has burst; its fragments are replayed in the lottery of compulsory compositions. They have fallen into another stratum, namely that of vintage, which amnesic archaeologists devour. What remains is poetry, attempting to create a breathing space in the chinks of the profit margin.”

Born in 1967 in France, living in Belgium for 23 years (as a “belgoïd”), François Curlet has developed since the late 80’s a body of work, ranging from cultural artifacts to domestic objects, in which the world of things and brands is prodigiously dismantled, reassembled and reified. From the philosophical to the trivial, Curlet is interested in reinterpretations, rather than commentaries, in order to raise critical thinking. Shifts in meaning are orchestrated by way of unexpected meetings between forms that mirror our memories and manners. In March 2013, a major solo exhibition will open at Palais de Tokyo in Paris.