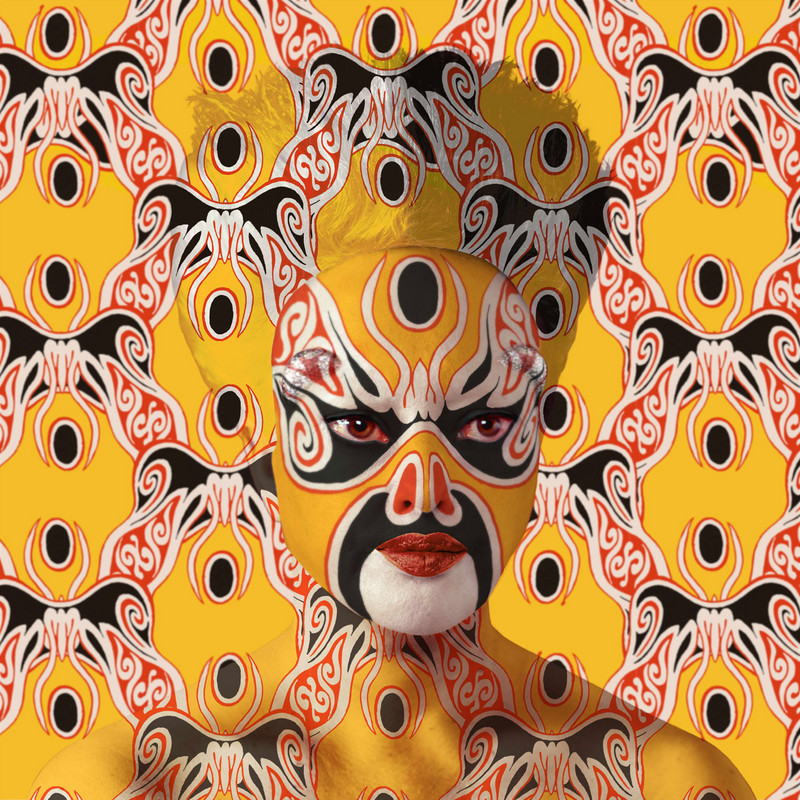 « ORLAN’s works are prisms of diverging issues, which refuse any unique perspective. As if each one of her projects were inconsiderably loaded with all of her preoccupations: Technology and feminism, art history and surgery, football and religion, sex and politics. The artist gives priority to the wild polysemy of the image rather than the precision and prudence of “sure work”. Duplicity? Worse: Multiplicity. ORLAN is a plural minority. This is problematic when one fears nothing more than that which is complex, imperceptible in a single gesture of thought. Literally un-kissable. Unless these disparate issues are different creases in a unique model of resistance. (...)

Performer-film director-photographer-sculptor-painter-activist: a one woman band without unison, dangerously multitasking and multi-body. (...) All bodies inside one body. All voices from a single mouth. All knowledge in one mind. Of course, the series of hybridisations rests upon this principal, but so do ORLAN’s metamorphic games generally, until disappearance (Creased dresses without a body). Borrowing other’s appearance to give birth to new identities in a chronic, aesthetic and cultural parthenogenesis. (...)

ORLAN is dissident, foremost at the heart of art. Within this field, yet permeable to otherness, ORLAN manages to never really be digestible, always embarrassing. Doing what shouldn’t be done. Performances involving photography, video, then slipping into a digital aesthetic. (...)

In ORLAN’s trajectory, there is always a moment where the question of style is mangled. Always a step too far, upsetting aesthetic acceptations and making unanimous approval for the whole of her work impossible. Choosing art as rebellion in a rebellion against art. Each of her projects, being in its own way a criticism of this environment and its conventions; ORLAN does everything to be socially unacceptable in it. So much so that her contestations of western criteria for beauty and ugliness are shown in their materiel crudeness (...) for ORLAN, the matter and the body are the support for these ideological stances. The flesh of objects and people constitutes the terrain for cognitive experience.”

This new exhibition will occupy all of the gallery’s spaces.
On the ground floor ORLAN continues her work on hybridisations, beginning with the pre-Columbian (1998), African (2003) and American Indian self-hybridisations (2005), presenting a new series with masks from the Peking opera “The masks are formal characters which speak before speaking to the spectators through their colours and signs. For my “opera” I immediately show that I am ORLAN with the two lumps that transform my face. I present myself and I play with the colours, signs and masks. In the universe of photography which resembles that of canvas painting, make-up is paint on the skin which becomes a mask.”
These works contain an unprecedented principal of augmented reality.[2]

In the other exhibition spaces, through masks and flags, ORLAN explores the question of identities and borders. ORLAN uses masks in her work since the 60’s. Masks are worn for many purposes: protection, disguise, performance, rituals or entertainment. Masks also indicate a culture's ideal of feminine beauty. Masks conceal your own identity or represent the (br)other. Identities and borders are intimately linked.
The Draps-Peaux hybridés (word-play; hybridised flags / hybridised sheets and skins) interrogate the foundations of a society, which praises diversity but where the state is still a nation. These works point out the supposed barriers between nationalities and play with their own shifting identity.

The video Repère(s) Mutant(s) (mutant identification(s)) displays the portraits of 24 people shot at the naturalisation ceremony in Marseille in 2012. They march slowly in a static close up shot in front of their country of origin’s flag whilst the image of this flag hybridised with the French one slides imperceptibly over their faces. Here, ORLAN opposes identity assignments an individual, shifting and personal construction. This video was presented during the exhibition “Ici, ailleurs” (Here, elsewhere”) at la Friche Belle de Mai in 2013 (curator Juliette Laffon).

1. Extracts from the text Sorcière Maligne Anthropophage which can be seen in the exhibition’s catalogue « Mens sana in corpore... » (curator Pierre-Olivier Rollin), B.P.S.22, Musée de l’Hôpital Notre-Dame à la Rose, Lessines, Belgique.
2. Augmented reality refers to computing systems which enable the superposition of a virtual 2D or 3D model onto our natural perception of reality in real time.
www.michelrein.com