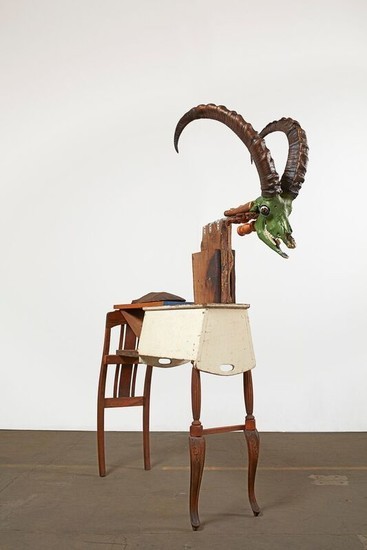 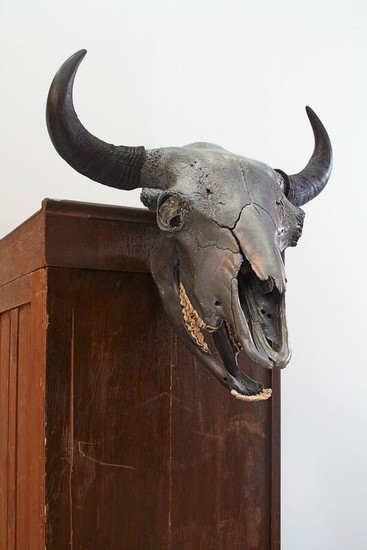 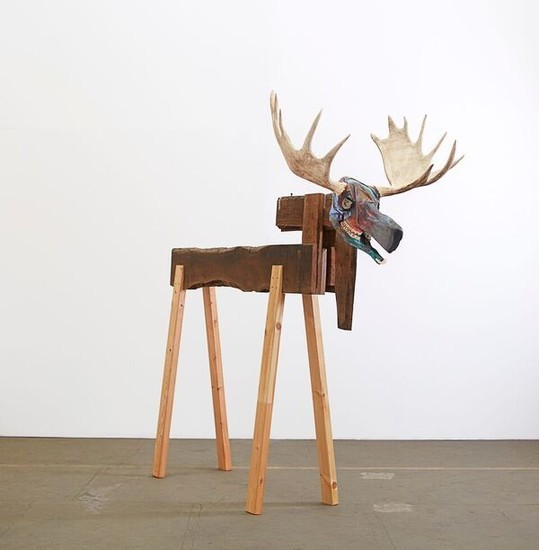 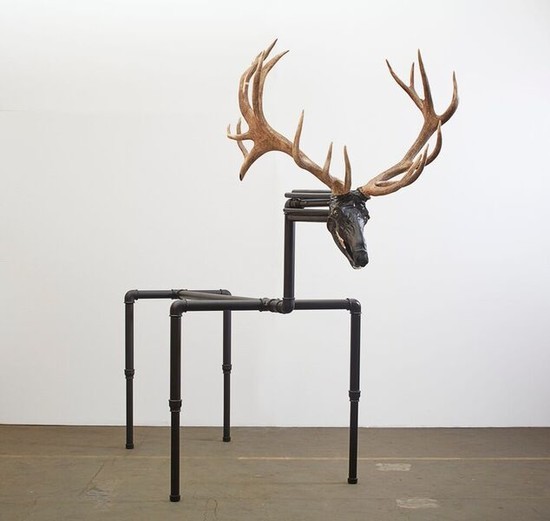 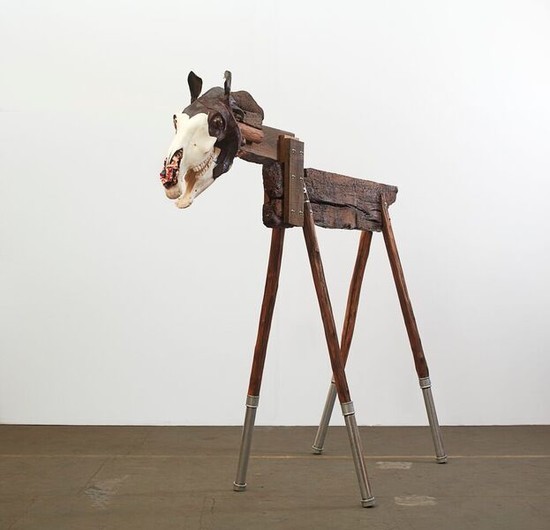 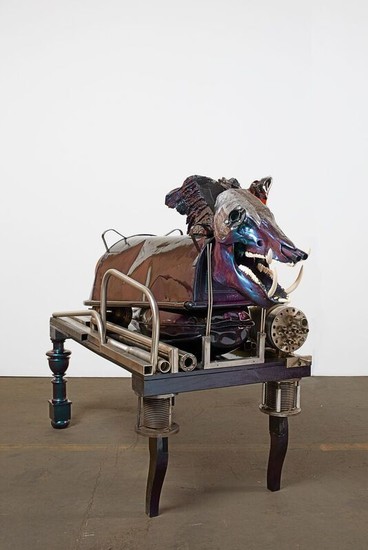 The artist, poet, author and political activist Jimmie Durham (b. 1940) began his career in the USA. There, alongside campaigning for the rights of indigenous peoples, he developed a sculptural and performance-based way of working, in which he also addresses ethical issues and nationalist narratives. Durham became internationally famous in the 1980s, especially for his sculptures and installations deconstructing state mythologies. Since moving to Europe in 1994, Durham has been scrutinizing his new geopolitical and cultural-historical surroundings. For the Migros Museum für Gegenwartskunst he realizes the project God’s Children, God’s Poems (2017), which explores the relationship between humans and nature. The artist turns the gallery space into the scene of a congregation of fourteen sculptures, made out of the skulls of Europe’s largest animal species, supplemented by materials such as metal, wood, and fabric. Durham’s sculptural assemblages featuring animal skulls reflect his audience’s sometimes stereotypical ideas about nature and society and suggest a possible way to transcend the particularly European classic dichotomies of nature vs. culture and subject vs. object.

This exhibition is curated by Heike Munder (director, Migros Museum für Gegenwartskunst). In cooperation with the artist, a monographic JRP|Ringier publication shall be released to accompany the exhibition.
www.migrosmuseum.ch