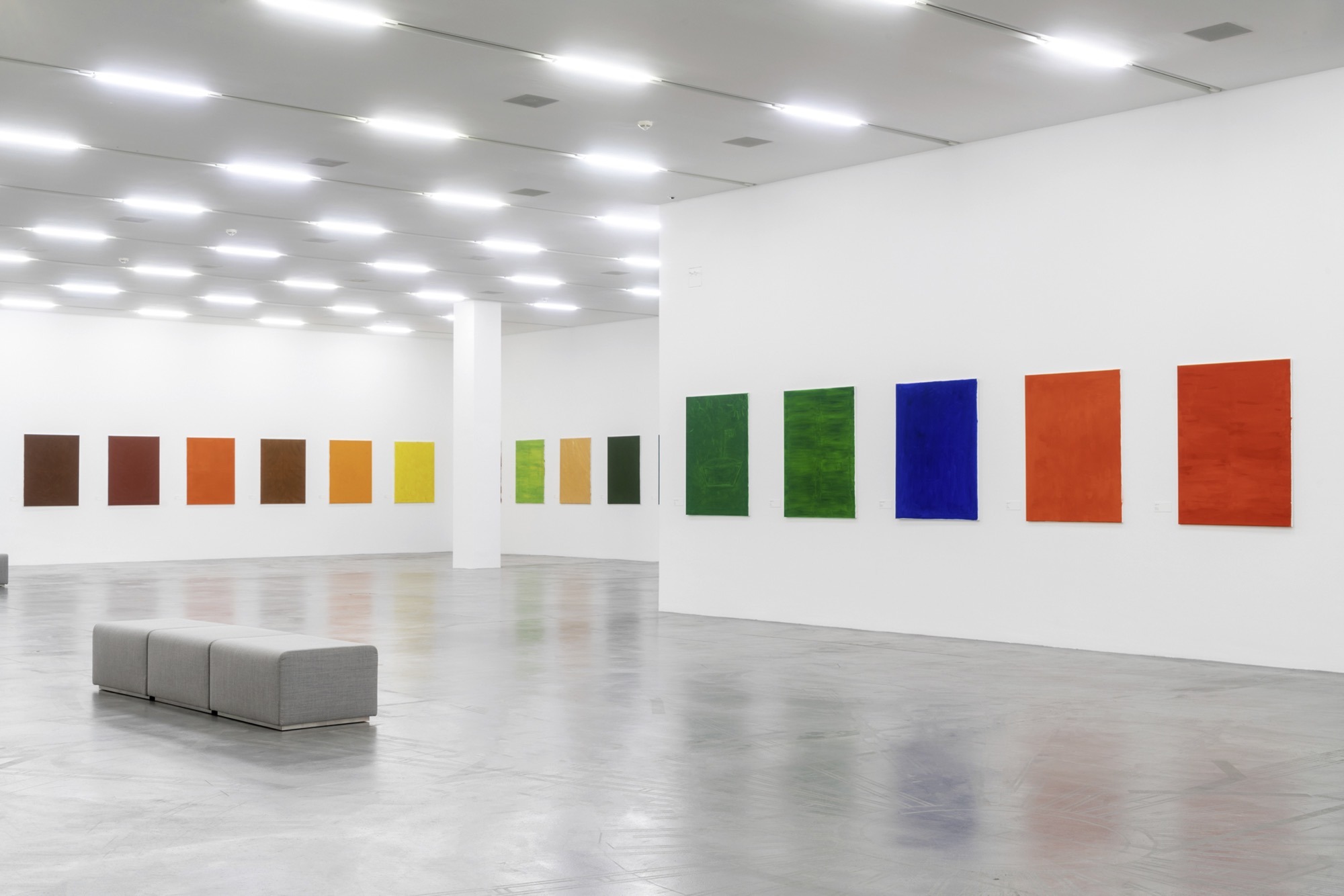 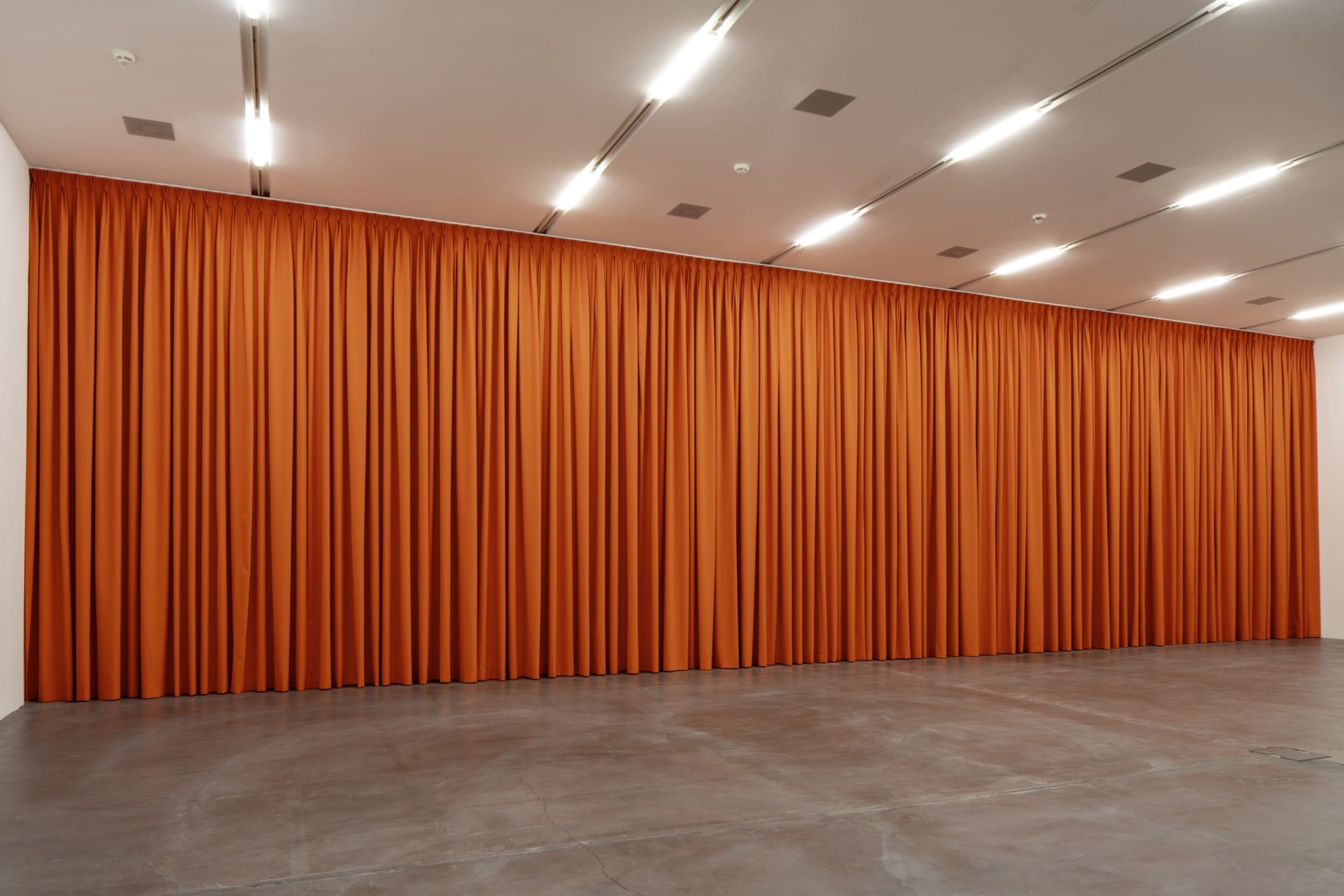 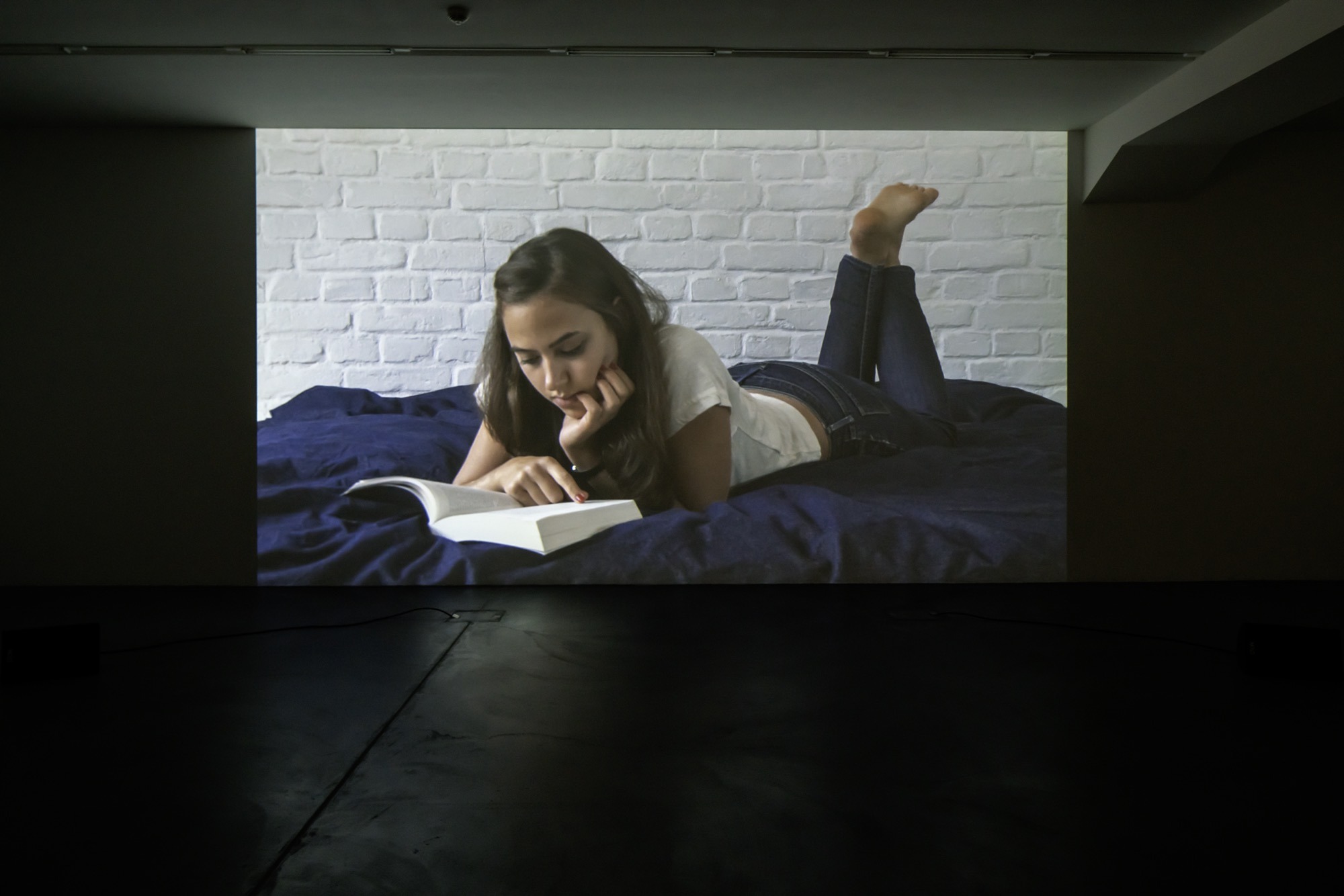 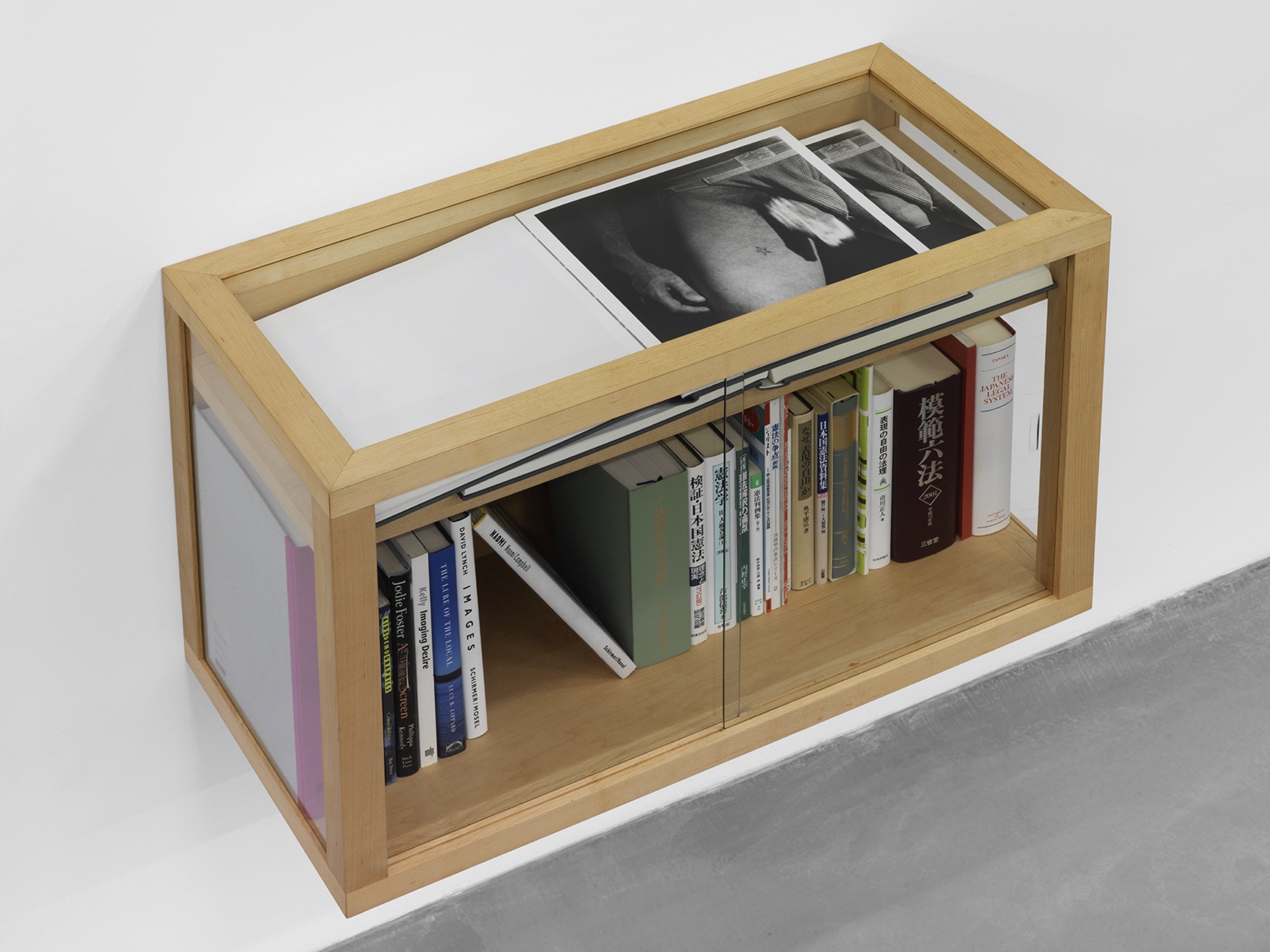 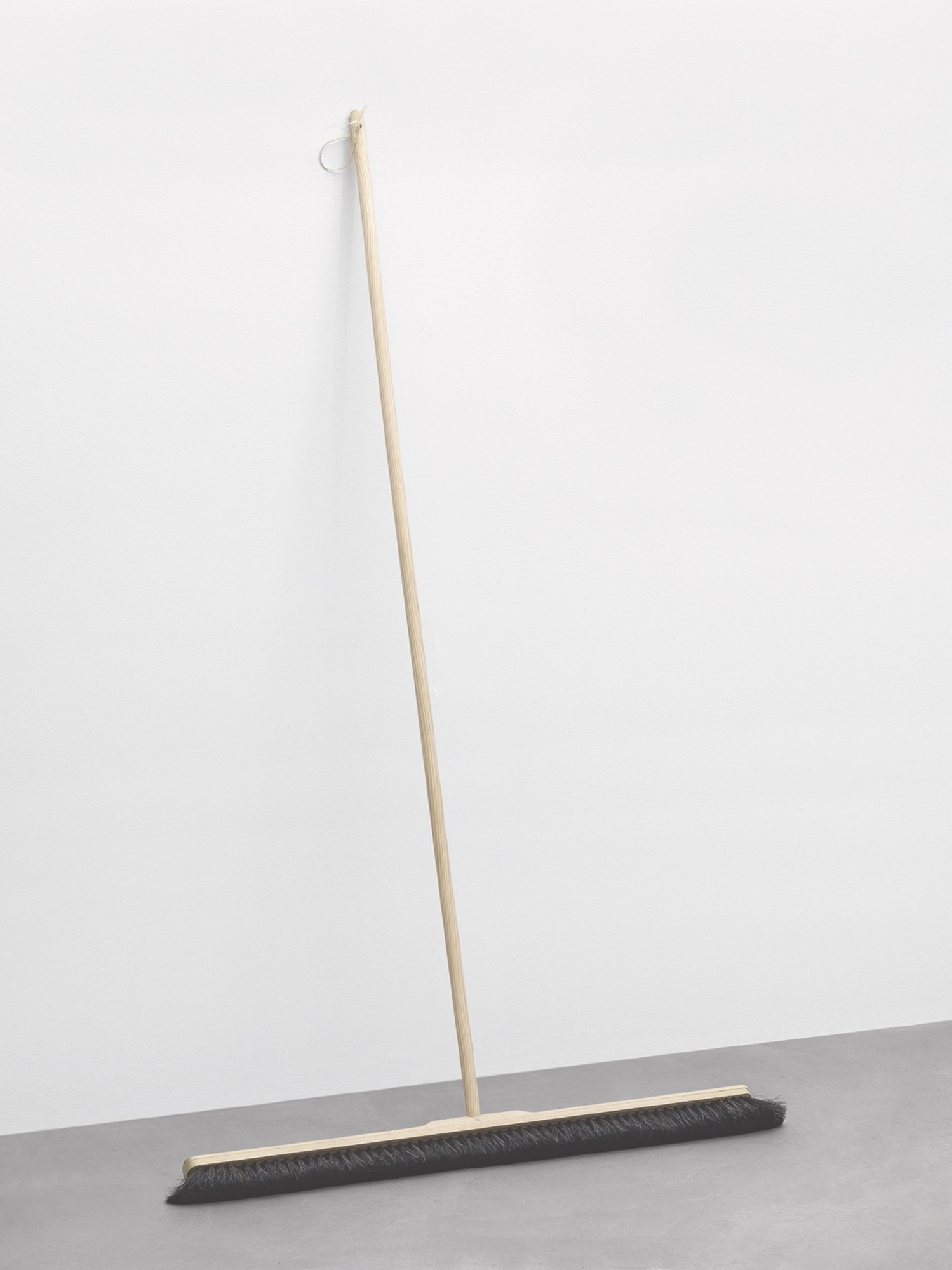 Reduction, the hallmark of the oeuvre of the artist Maria Eichhorn (b. Bamberg, Germany, 1962), is also the defining characteristic of her exhibition at the Mig- ros Museum für Gegenwartskunst. It is evident in the number of works selected for the show—twelve, dating from the past thirty years—and their specific for- mal idiom. The presentation pointedly disrupts habits of seeing and makes room for fresh thinking. Eichhorn’s practice prompts critical scrutiny of entren- ched norms that regiment everyday life and art, with a particular focus on socioeconomic processes. The issues she raises spotlight questions of value, time, property, and ownership, categories whose agency the artist deliberately undermines. Based on wide-ranging research, her art charts new forms of poli- tical action. Several of the works on display, including the seminal 72 Paintings (1992/93), are in the Migros Museum für Gegenwartskunst’s collection. Eich- horn rose to international renown with contributions to numerous biennials, including the Venice Biennale (1993, 2001, and 2015), Documenta11 (2002), and documenta 14 (2017).

Calling normative realities in question in order to raise awareness of the structures that surround us: that is one central objective of Maria Eichhorn’s creative practice. She subjects capitalist mechanisms as well as historical and social circumstances and the premises and operations of art itself to review. Her work grows out of extensive research, during which the artist compiles abundant information and a wealth of references that she then analyzes and prepares for public presentation. Another characteristic of Eichhorn’s oeuvre is the use of methods of sequential extension and updating: many of her works are designed to be remade and recontextualized with each new exhibition. Charting complex thematic concerns, they often hew to a pointedly basic aesthetic, a deliberate subversion of the art market’s economy of attention.

Resisting definitive interpretation, Eichhorn’s works encourage the viewer to reflect for himself or herself and engage with the material. They are educational and emancipa- tory in intent but not didactic; there is no predetermined learning target. With an indivi- dual case as her point of departure, Eichhorn develops increasingly abstract analyses of social structures; a characteristic example is 輸入禁制品 / Prohibited Imports (2003), which examines the restrictive censorship practices of the Japanese customs authori- ties. It brings out an aspect that was already manifest in the earlier 72 Paintings (1992/93): Eichhorn’s conception of art is informed by the dematerialization of the work. The artist draws up instructions on how to realize her works that may be imple- mented by collaborators. 72 Paintings was created on occasion of an exhibition at the Musée d’art Moderne de la Ville de Paris: following her directions, the museum’s staff painted a monochrome canvas every day for the seventy-two days the show was on view.

Eichhorn’s works function as pinpoint interventions into existing situations. Consider Κτίριο ως περιουσία άνευ ιδιοκτήτη / Building as Unowned Property (2017), which was recently acquired for the Migros Museum für Gegenwartskunst’s collection: the piece comprises all processes related to the conversion of a property in Athens into an unow- ned asset as well as the documents that accumulated in the process of the transfer of title. Conceived on occasion of documenta 14 in Athens, the work is concerned with the city’s urban fabric, where high vacancy rates, especially in the center, are a conspicuous indicator of the social and economic crisis in Greece. By converting a vacant building in Athens into an unowned property, the artist creates a sculpture in the urban space that belongs to no one—and hence to all of us.

The accompanying publi- cation Κτίριο ως περιουσία άνευ ιδιοκτήτη / Building as Unowned Property will be released by JRP|Ringier in 2019.
www.migrosmuseum.ch