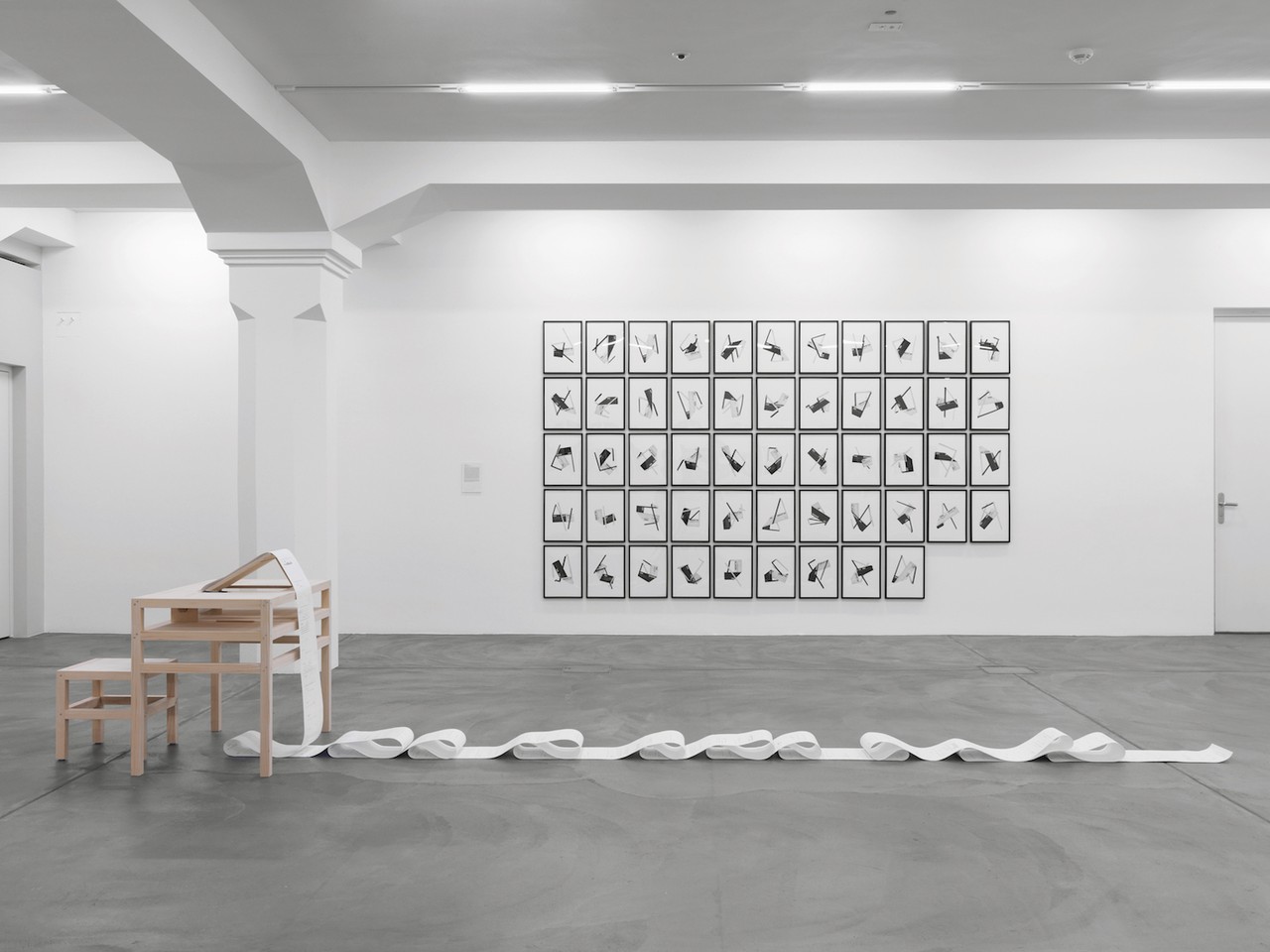 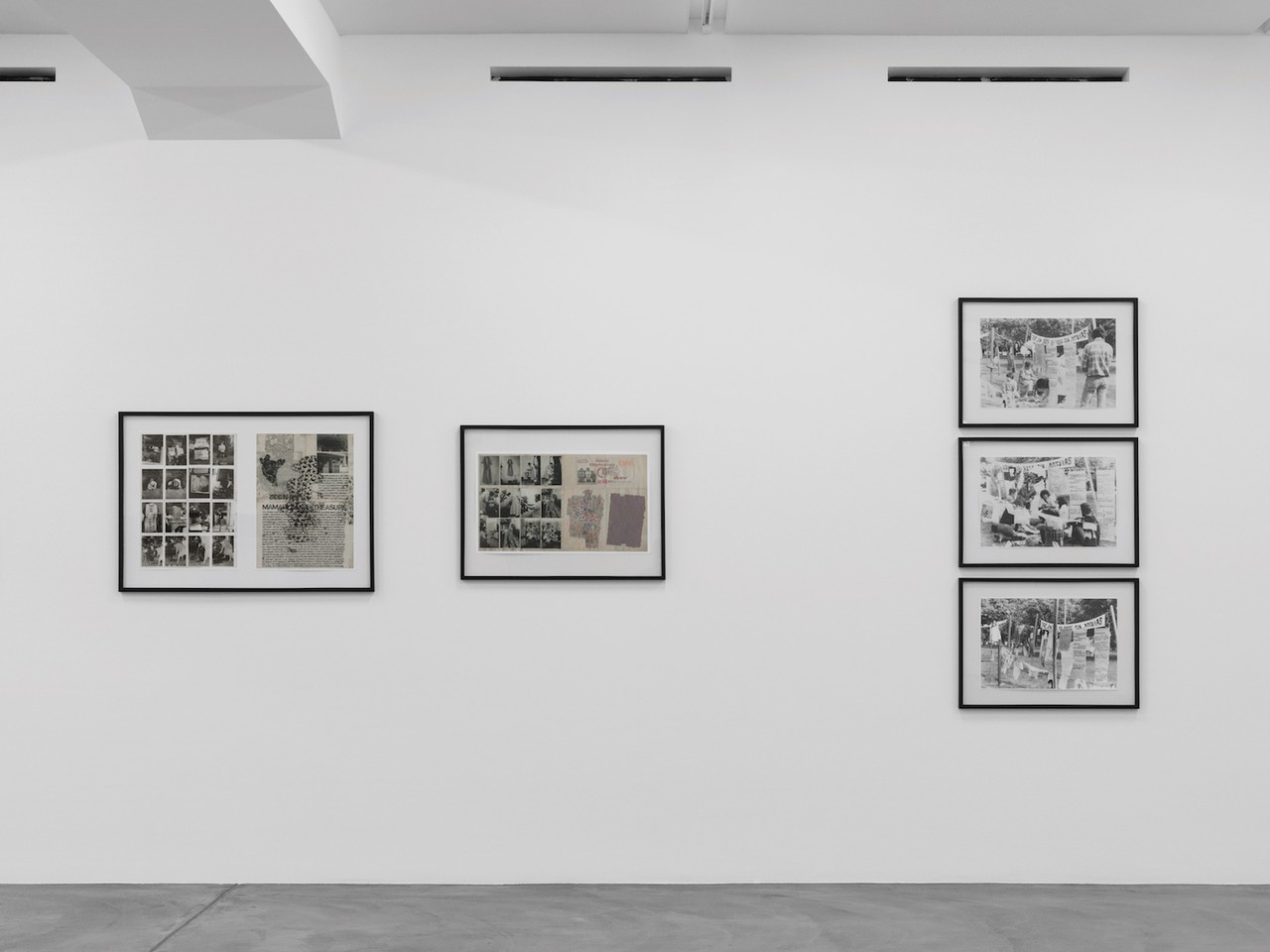 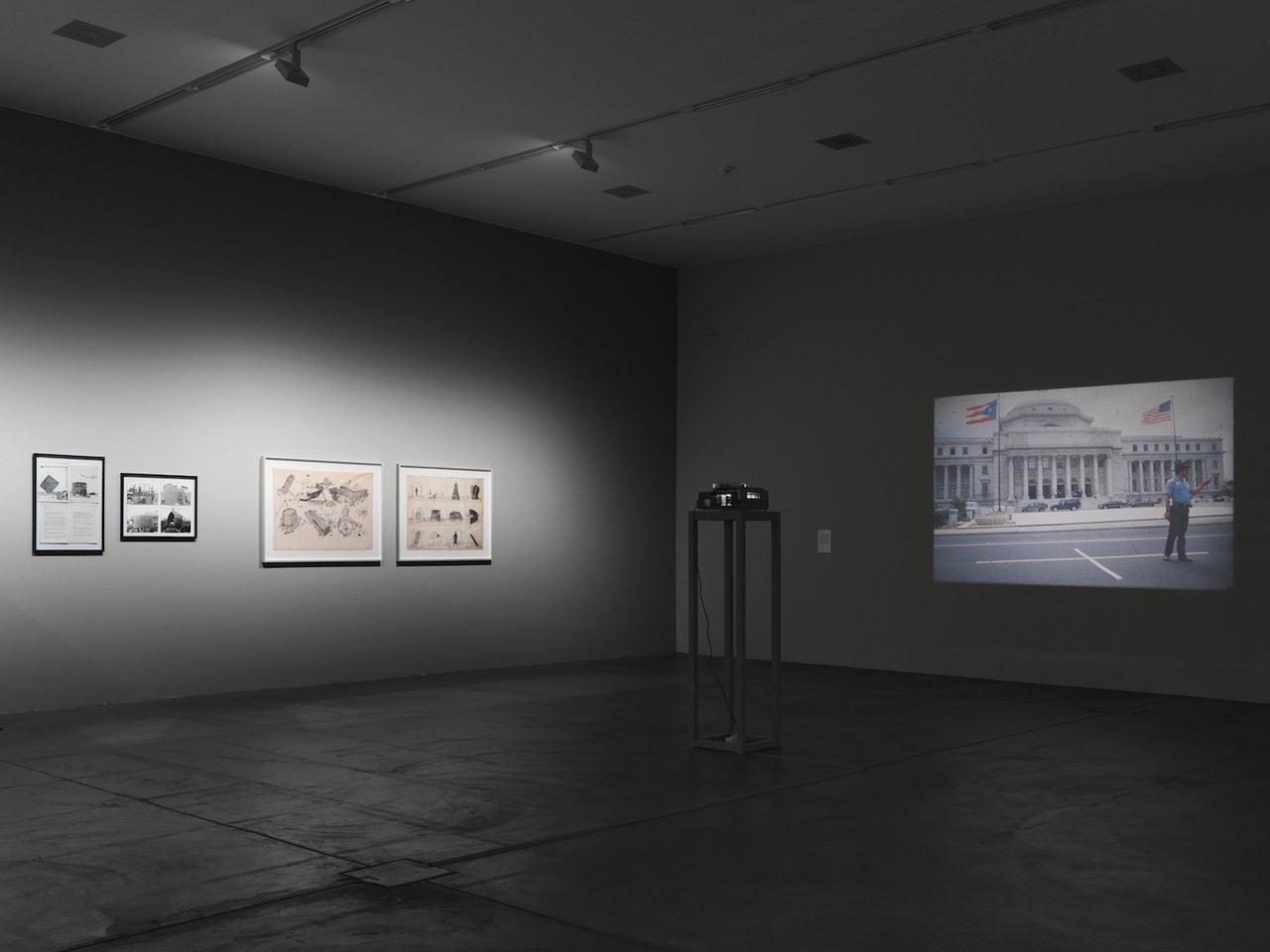 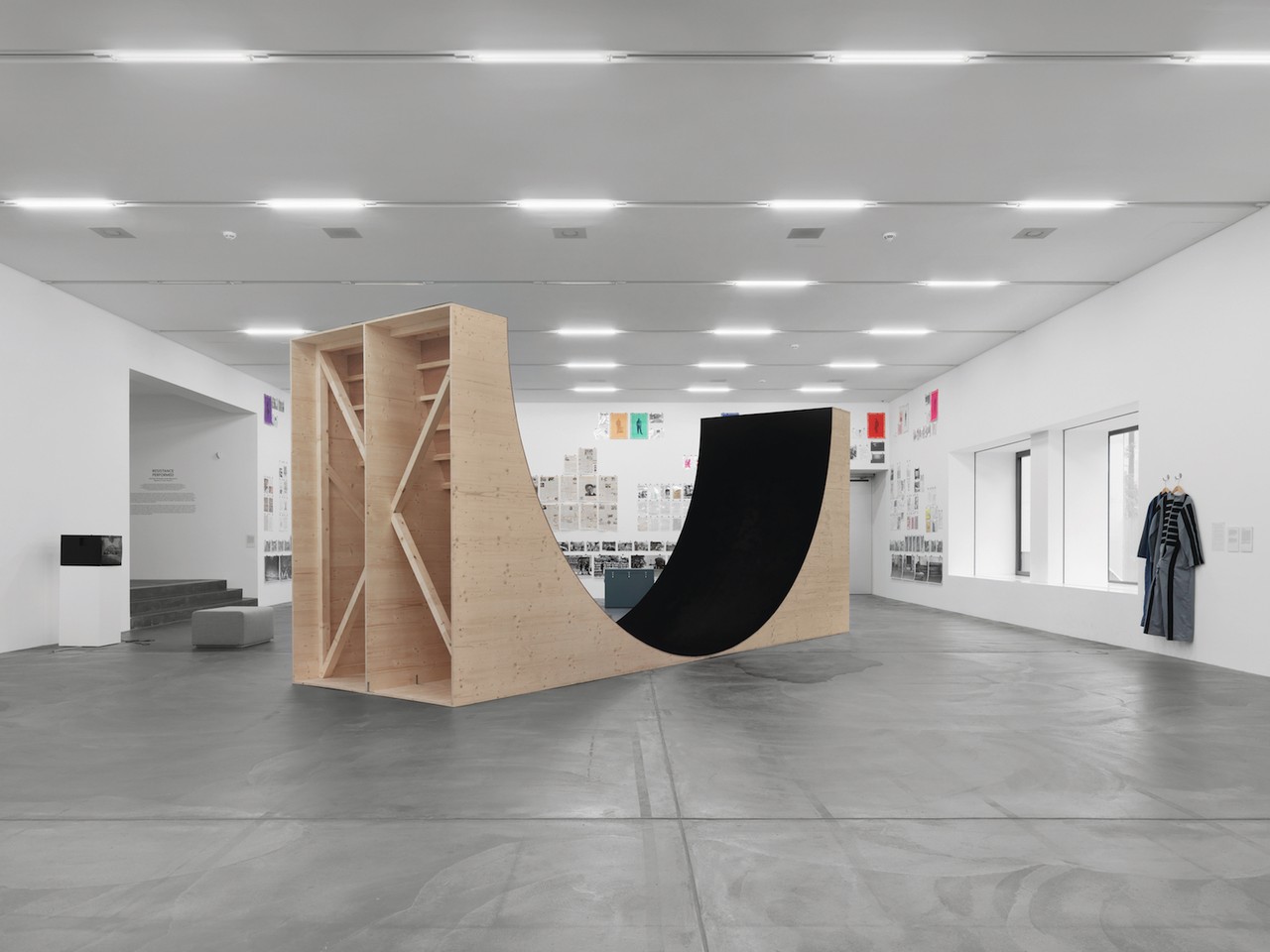 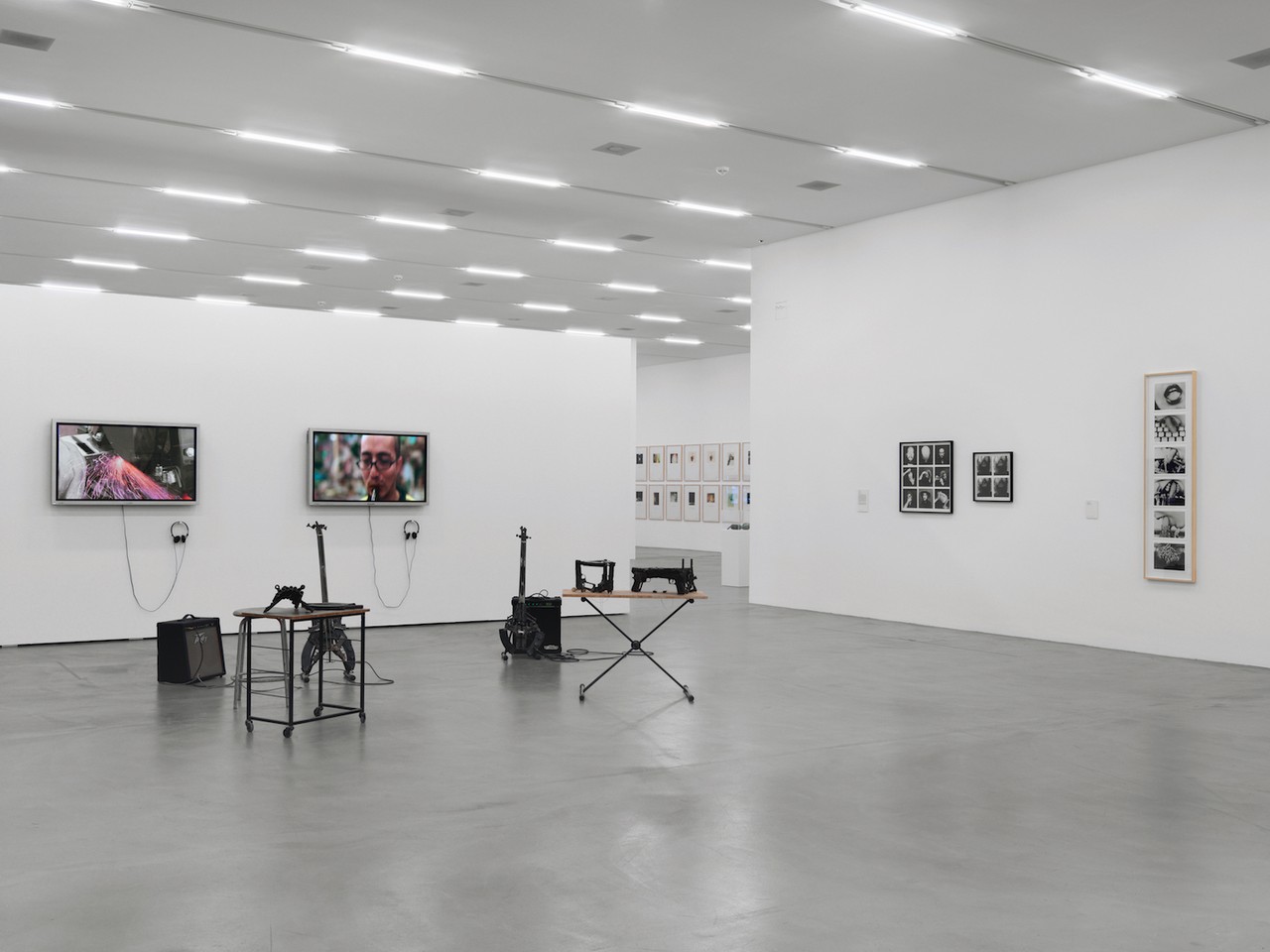 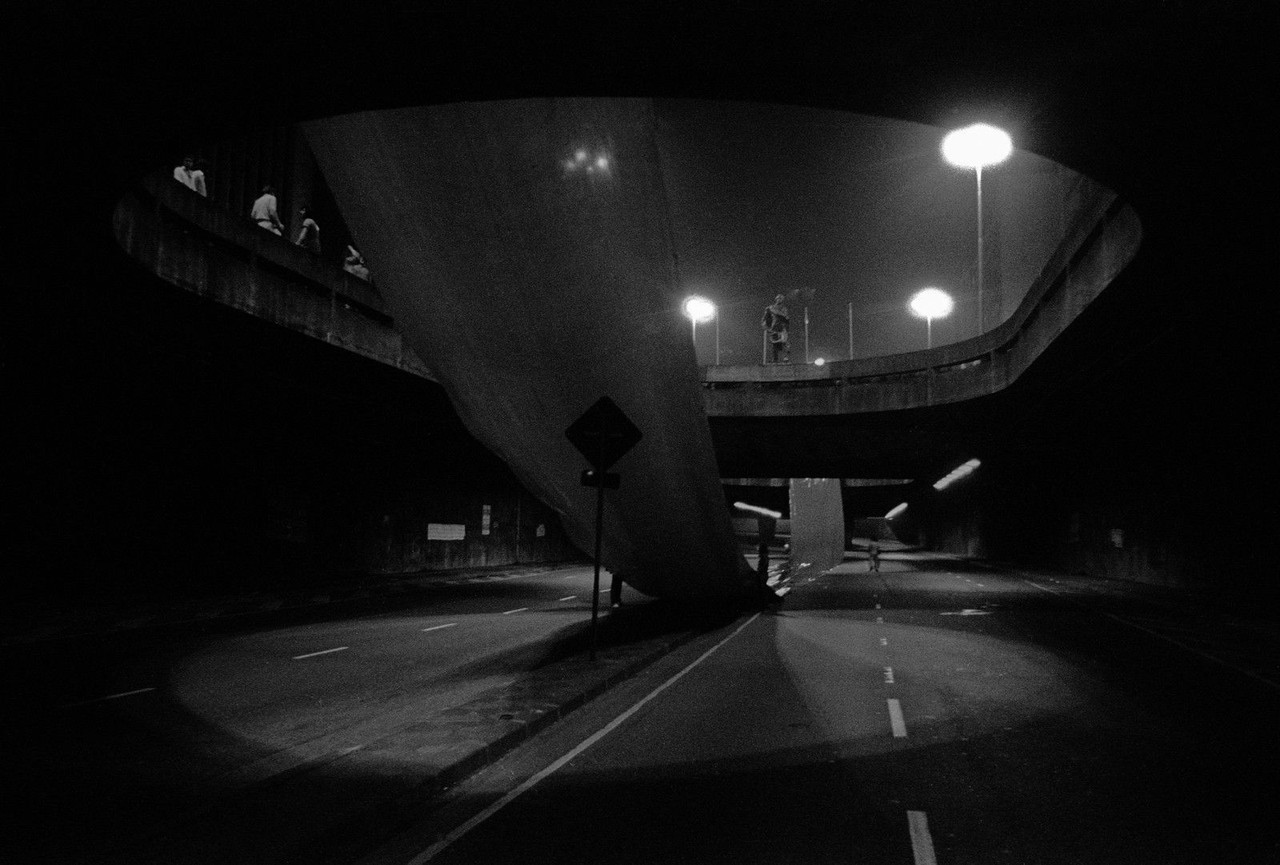 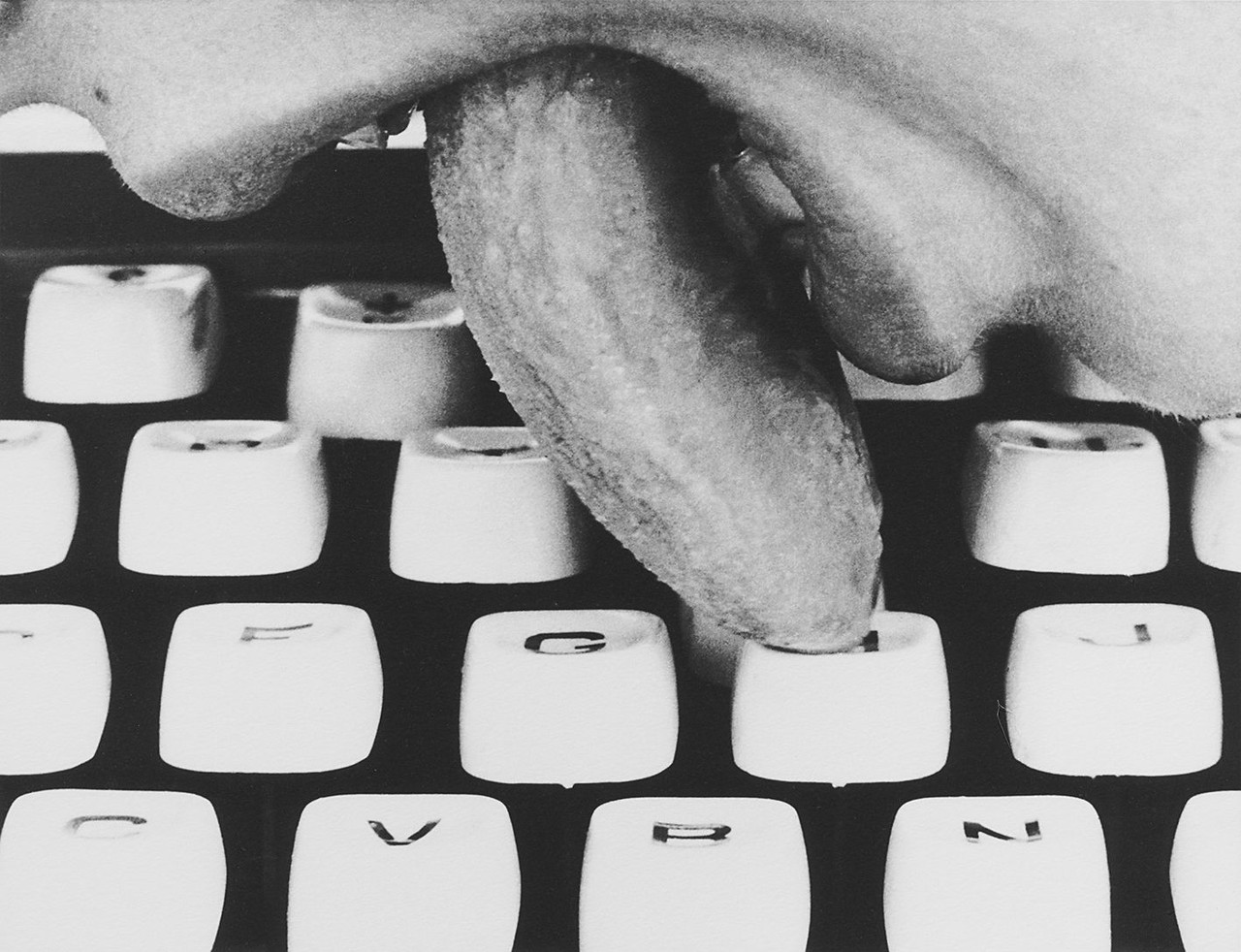 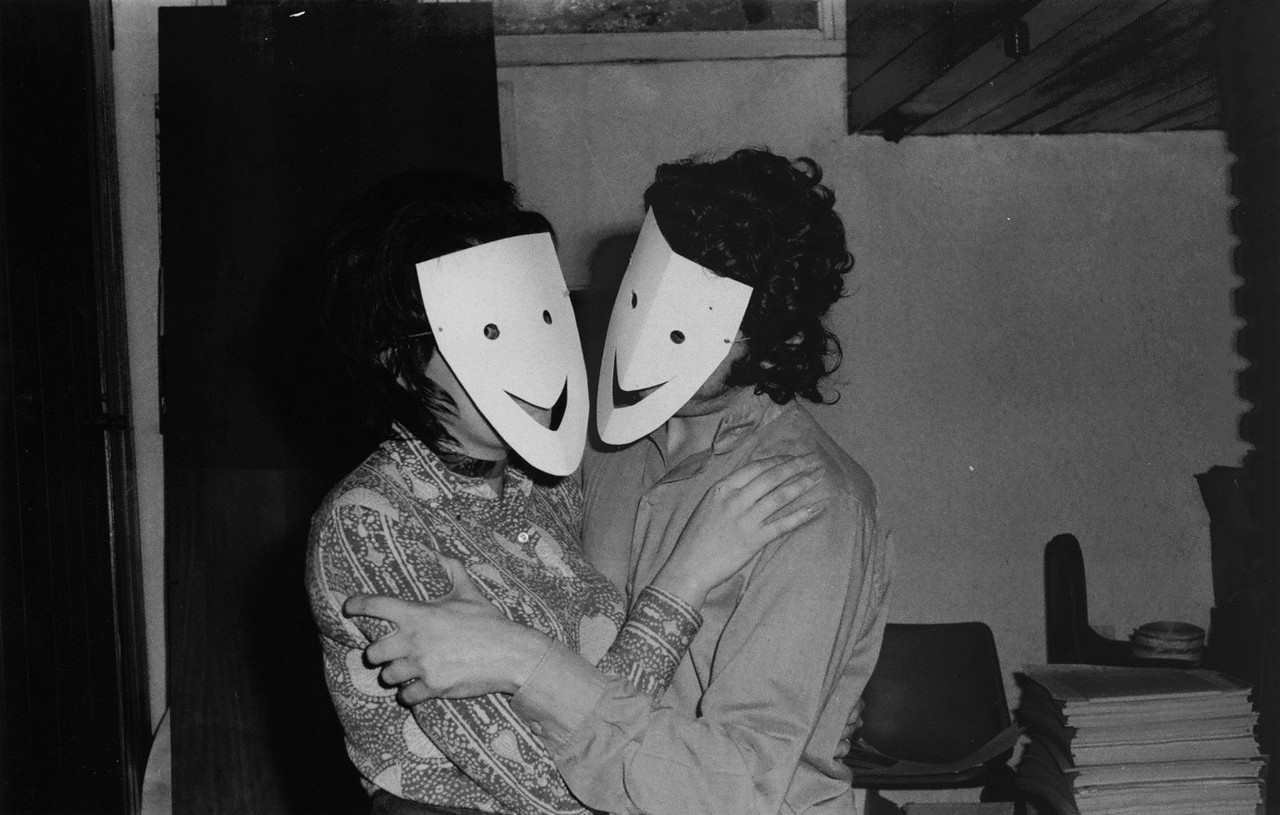 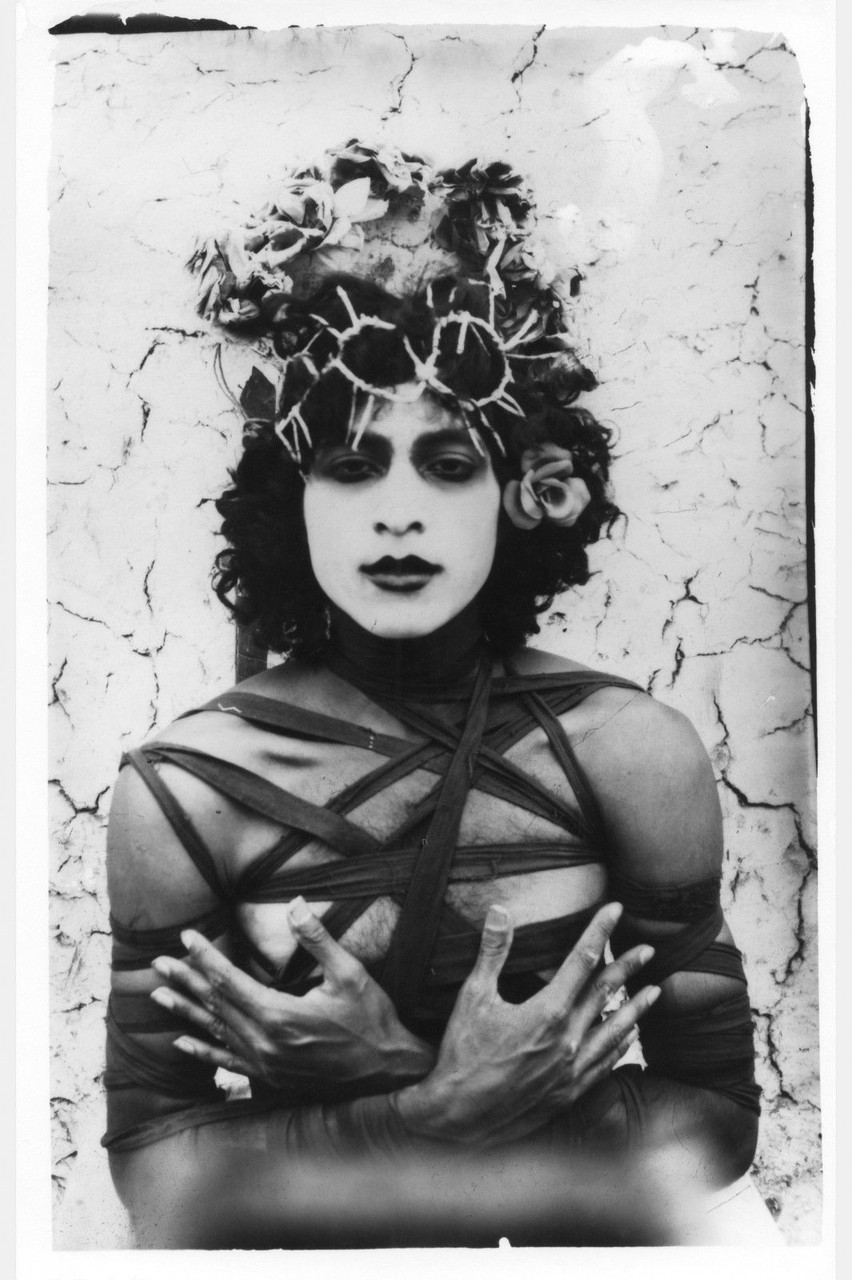 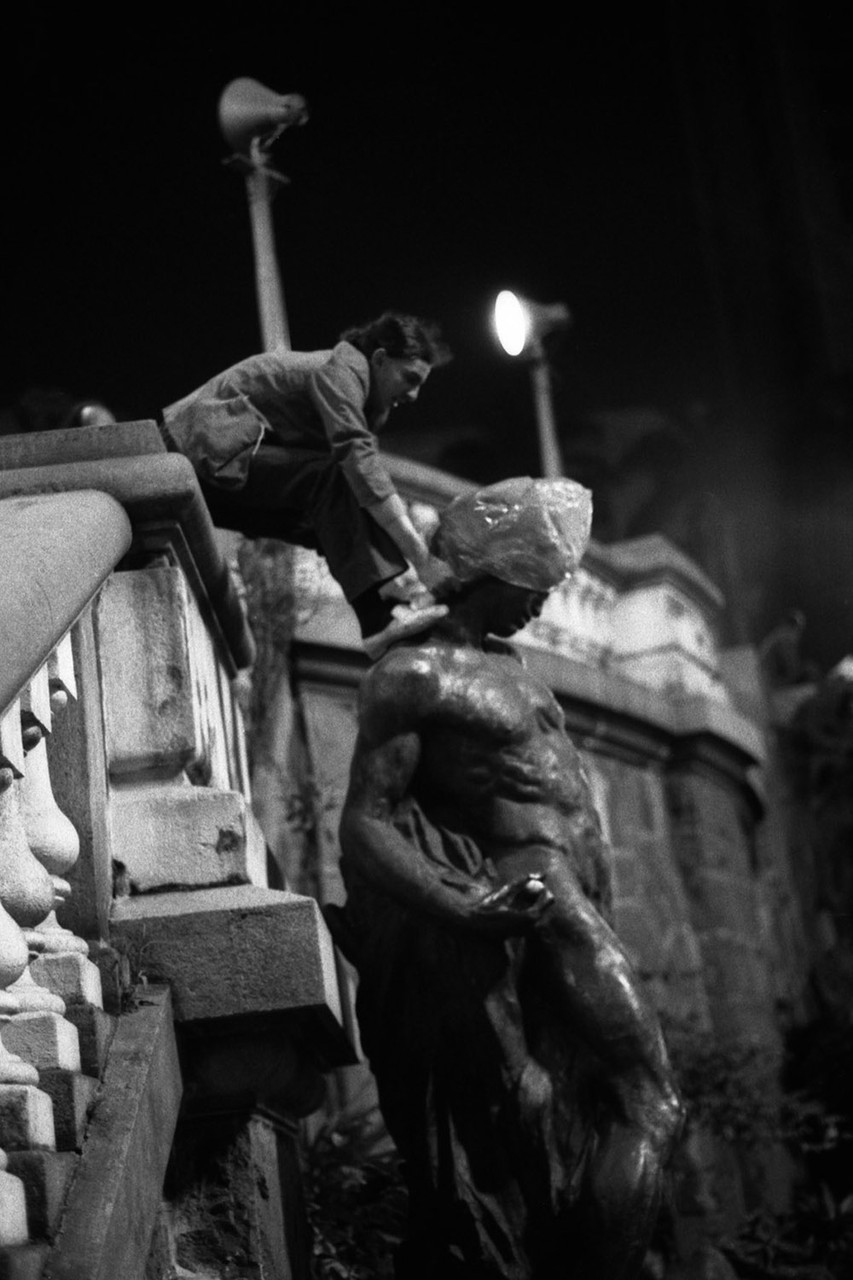 The exhibition Resistance Performed—Aesthetic Strategies under Repressive Regimes in Latin America presents stratagems artists devised to articulate dissent. The focus is on historic positions from Argentina, Brazil, Chile, Colombia, Peru, and Uruguay since the late 1960s that bear witness to how oppositionists worked—and often risked their lives—to o er resistance to Latin America’s repressive political systems. The show high- lights strategies of linguistic self-empowerment in the formats of performance art, inter- ventions, and actions as practices of resistance. These pieces are presented in dialogue with works by contemporary artists from Central and South America who address the repercussions and lingering e ects of dictatorial regimes. The selection is designed to unearth positions that have sunken into obscurity and draw attention to others that have not yet received the art-historical attention they merit.

The exhibition surveys forms of artistic resistance that emerged in the repressive systems of various Latin American countries beginning in the late 1960s and traces their evolution over several deca- des. The artists under consideration pursued a variety of experimental and conceptual strategies. The show’s main emphasis is on works that resort to performative stratagems to expose apparatuses and structures of power with the attendant pressures to conform, restrictive rules, and regulatory disciplines and highlight their manifestations in the public sphere, systems of communication, the artist’s own body, and elsewhere. In the late 1970s and 1980s, artists including Elías Adasme (b. Chile, 1955), Lotty Rosenfeld (b. Chile, 1943), and the collective CADA (Chile, 1979–1989; Raúl Zurita, Fernando Balcells, Diamela Eltit, Lotty Rosenfeld, Juan Castillo) staged interventions, actions, and performances in public settings to o er the paralyzed Chilean society a counter-narra- tive, the vision of an alternative to Pinochet’s military dictatorship. Rosenfeld traveled the world to modify the markings on public roads to point out how dictatorial regimes usurped the public sphere for their theatrics. The collective 3Nós3 (Mário Ramiro, b. Brazil, 1957; Hudinilson Jr., b. Brazil, 1957, d. Brazil, 2013; Rafael França, b. Brazil, 1957, d. USA, 1991) pursued similar aims with major actions in the urban space of São Paulo that brought tra ic to a standstill. On the other hand, a sculpture by the Brazilian Antonio Dias (b. Brazil, 1944) gestures toward the symbols of protest in the public sphere and scrutinizes the paradoxical aspects of any demarcation of boundaries.

The performance and conceptual artist Marta Minujín (b. Argentina, 1943) and Cildo Meireles (b. Brazil, 1948) created works that solicited the audience’s participation. To celebrate the restora- tion of democracy in Argentina, Minujín built a replica of the Parthenon out of 30,000 books that had been banned under the dictatorship, including writings by Marx, Freud, Sartre, and Foucault. On view for three weeks, Partenón de Libros (1983) was then dismantled and the books were redistri- buted to the public. Meireles put the channels of commercial distribution to his own purposes by circulating banknotes and Coca-Cola bottles with his messages, turning consumers into active par- ticipants. The idea of planting information and works of art outside institutional structures was also taken up by the Mail Art movement, represented by artists including Paulo Bruscky (b. Brazil, 1949) and Graciela Gutiérrez Marx (b. Argentina, 1945). Under the Pinochet regime, Eugenio Dittborn (b. Chile, 1943) created his own variant of Mail Art by producing the so-called Airmail Paintings, which he folded up and mailed to his correspondents.

Another scene of critical engagement that is central to the artistic investigations on display is the human body as the touchstone of self-determination. A participatory installation by Martha Araújo (b. Brazil, 1943) welcomes the visitors with instructions that animate them to probe the physical limitations of their own bodies. The duo Yeguas del Apocalipsis (Pedro Mardones Lemebel, b. Chile, 1955, d. Chile, 2015; Francisco Casas Silva, b. Chile, 1959) and Sergio Zevallos (b. Peru, 1962) create performance art that insistently explores the political dimension of gender and sexual identity and the standards individuals are pressured to conform to. Gastão de Magalhães (b. Brazil, 1953) examines the ways events and experiences become inscribed upon the body. Works by Sonia Andrade (b. Brazil, 1935), Lenora de Barros (b. Brazil, 1953), Anna Bella Geiger (b. Brazil, 1933), and Anna Maria Maiolino (b. Italy, 1942) add a feminist perspective to the exhibition.

Antonio Manuel (b. Portugal, 1947), who lives in Brazil, uses the strategy of appropriation to study the dimensions and repercussions of media infiltration. In 1973, he altered the title pages of the tabloid O Dia, inserting his own content to subvert one of the most e ective and popular organs of propaganda—the daily press. The Archivo Tucumán Arde, parts of which are on view, documents the dynamic that the press’s role in the dissemination of opinion unleashed for a new artistic practice of political activism. Cofounded and still led by Graciela Carnevale (b. Argentina, 1942), the archive illustrates the developments, radicalization, and politicization of a generation of Argentinean artist- activists and the theoretical context of their work. Luis Camnitzer’s (b. Germany, 1937) Uruguayan Torture Series (1983/1984) is a memorial of another kind: the 35-part series of photo- gravures depicts the physical and psychological torment su ered by prisoners and commemorates the fates of the artist’s friends. Horacio Zabala (b. Argentina, 1943), meanwhile, proposes utter refusal as the last resort. His drawings imagine the gloomy dystopian architecture of a future in which life is possible only in underground colonies cut o from any communication with the outside world.
Younger artists who grew up with the oppressive legacy of the era’s dictatorial regimes, including the collective Grupo de Arte Callejero (est. Argentina, 1997—Lorena Bossi, Carolina Golder, Mariana Corral, Vanesa Bossi, Fernanda Carrizo) and Nicolás Franco (b. Chile, 1973) and Voluspa Jarpa (b. Chile, 1971) have made it their mission to keep the memory of their countries’ repressive regimes from being forgotten and draw attention to their lasting consequences. Carlos Motta (b. Colombia, 1978) and Pedro Reyes (b. Mexico, 1972) address contemporary issues and point out how the repression of the past continues to a ect the future.