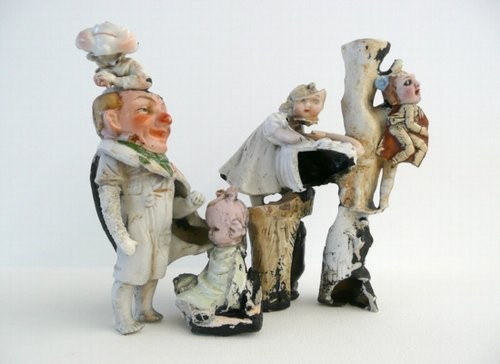 The exhibition unites works by eight international contemporary artists as well as by Alina Szapocznikow (1926–1973). The material qualities of these works are distinguished by their close contact with, or derivation from, the human body. In contradistinction to the mechanisms of visual shock in 1980s and 1990s Abject art, where corporeality was a central theme, the use of these materials can here be described as subject to rigorous formal aesthetic reduction. The result is a tension between the object’s reduced form and the energy it is endowed with by the absent body. The renewed interest in how to transmit corporeality in works of art, in the ‘imprints of the human,’ opens art-historical, sociopolitical, but also poetic perspectives on art.

In the history of Western art, the human body and its ‘traces’ have long been a central topic—as an object of anatomical examination, for instance, or as a body of meaning to be venerated in the relic. To this day, the discourse around relics—be they body parts of a saint, his or her possessions, or objects that have been in contact with other relics—and the related discourse of the vera icon (the ‘true image’) play an important role in Catholicism, but also in Buddhism. The works included in the exhibition draw on these discourses, among other sources, taking them further toward an ‘anthropology of the image’ (Hans Belting). Unlike the vera icon, however, which is an object of veneration, the works shown in the exhibition are distinguished by their Janus-like character, permitting of a double reading: a sociopolitical one, but a poetic one as well. This double reading is made possible by an excess in the reduction of signification taking place on the formal-aesthetic level. In the simplicity of their gesture, the works refer to a conceptual-minimalist strategy while being charged with history. The concepts of the readymade and the objet trouvé likewise play an important role for the artists included in the exhibition. Their works can be read as repositories of knowledge, vessels of memory, or as performative works of art that also take up the idea of the contact relic in the classical sense.