While Interwoven Echoes Drip into a... 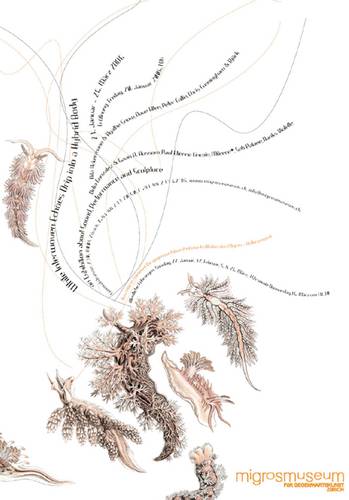 As early as the 1920s, German avant garde film makers attempted to visualise music – detached from its static, two dimensional limits – and anchor it in the fourth dimension. This “eye music“ (“Augenmusik”) constructed a unity between image and sound information, and can be seen as the breeding ground for the development of the comprehensive audio-visual spatial experience of multi-media installations. The exhibition takes up this tradition and has as its theme the amalgamation of art and sound. Occupied as it is by hybrid music sculptures and videos the white cube itself becomes a huge sound body receptacle.

In recent times, the use of electronic music has precipitated an increase in the fusion between performance art and sculpture, resulting in the emergence of new hybrid forms. In these terms sound is liberated from its peripheral status as a prop for performance or video art, and can assert its own autonomy within this new formation. Furthermore, “sound sculptures” displayed in the group exhibition proclaim an entirely new, form-appropriate, sculptural definition.

Curators Heike Munder and Raphael Gygax. An exhibition catalogue will be published.