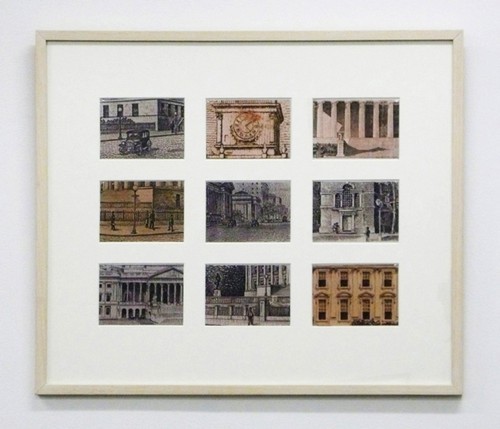 representations of abstraction in a few photographic works

The basic impulse behind this group exhibition is to present distinct photographic works which, in their considered sequencing, will tend to further scramble the ambivalent categories of ‘abstraction’ and ‘representation’ that seem to stubbornly haunt the current debate on photography.
If powerful, yet invisible forces of abstraction, such as the free flow of financial capital and, let us call it ‘the digitalization of life,’ have a potent and palpable effect on our common as well as private experience of reality, then the question of whether a picture is ‘abstract’ or ‘representational’ can be said to have lost much of its resonance. In other words, since social relations are already the product of unrepresentable flows of abstraction, and since what we tend to see in the world – and by extension in photographic images – are primarily the secondary effects of these oblique forces, the pressing question becomes how to capture and channel them, and what to do with them in art, and photography in particular.
Another way of describing the current circumstances of the image would be to assert that the forces of abstraction alluded to above always extend beyond the frame of the photograph, more or less destabilizing its depicted content, but destabilizing it all the same. This in turn renders the inherited modernist discourse of formalist abstraction particularly fruitless when applied to photography today. Indeed, upon close scrutiny, what might appear like a formal, abstract composition is often most rigorously discussed in terms of figuration or documentary representation, and vice versa.
In his engaging essay, Photography and Abstraction (2008), George Baker asks the following questions: “What would an abstraction of an abstraction look like? What would be the structure of such an entity? How can representational images or photographs in contemporary culture be said to engage with the abstract or the unrepresentable? Could this be described as a realist project? How does reification continue to invest and alter the forms of contemporary art?”
The works assembled for this exhibition participate in different ways in the confrontation and exploration of such fundamental issues. As a group, they form a continuum that challenges the false divide that commonly separates ‘representational’ from ‘abstract’ photographic images.
www.miguelabreugallery.com