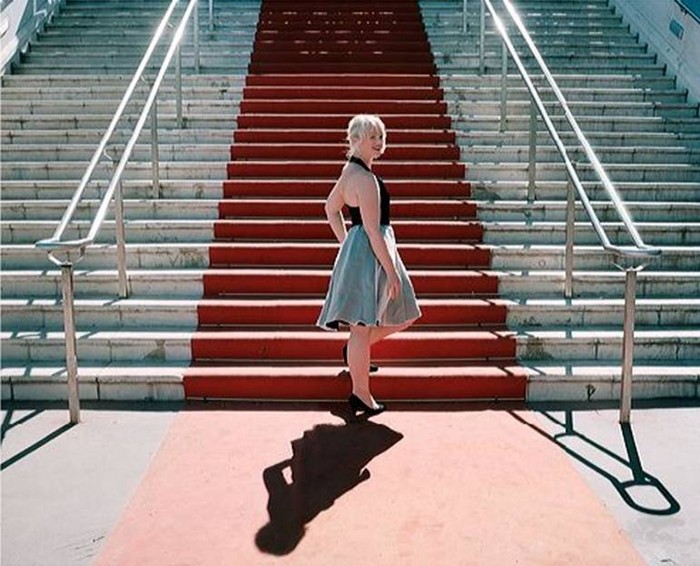 ...to use the language of theatre in film makes the distance between reality and film shorter. Through a filter of dissimulation reality appears truer. Pretence becomes natural.
- Tova Mozard

For her first exhibition at Milliken Gallery Tova Mozard delves deep into her interest in theatre, film and the representation of reality. In Mozard’s photography and film there is a vague distinction between what is perceived as `prop ́ and what might constitute an `actor ́. Each individual element whether human or object appears instead as a clue to a cryptic narrative. Mozard devises scenes in which the actions and placement of props and actors are constructed as to nullify their boundaries and guide the viewer to discover obscured stories. What emerges are undisclosed dramas that remain unrecognized but persist in being sensed. Certain things are real whilst others might not be; depicted reality doesn’t always offer the truth.

Mozard’s new film The Big Scene begins with the artist, her mother and her grandmother applying makeup in the dressing room of the Royal Dramatic Theatre. Whilst preparing the women speak of their age, looks, death and their relations. The women enter the stage, and with their backs against the empty audience seats continue their conversation in the presence of a therapist. The conversation is real but the setting in which it takes place, and the appearance of those in it, skews reality. Mozard experiments with the private in a theatrical setting and stages a situation where life and its realities are unavoidable. Emotions such as sadness become the foundation for the films narrative structure that reveals insights sometimes only recognizable externally or from other perspectives. The film concerns the complexities of real life where complicated chains of events and traumas form patterns and become a story.

Tova Mozard’s work can be found in amongst others the collections of Moderna Museet, Malmö Konstmuseum, Bonniers AB and Twentieth Century Acquisitions. Previous exhibitions include, Vox Populi, Philadelphia, Life Stories, Toronto and The Moderna Exhibition, Stockholm.

The film The Big Scene was made possible with the support of Memfis Film
www.millikengallery.com