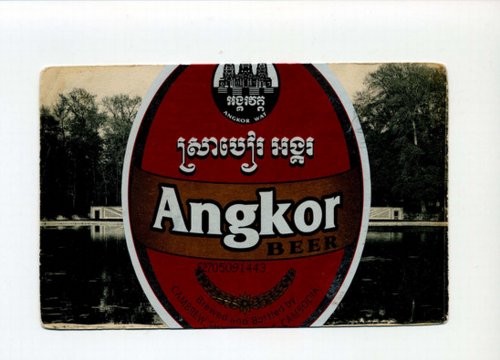 Geographical Analogies, 2006-10 Cities of Gold and Mirrors, 2009 Angkor Beer Series (working title), 2010 and a new workIn close proximity to the MMK Zollamt, the complex which housed the former Technisches Rathaus, and which was built between 1972 and 1974, is currently being demolished. It will make way for a vague reconstruction of Frankfurt’s Old Town, which in turn was destroyed in the bombing raids of 1943-44. Development, destruction, demolition and preservation are also the subjects of Cyprien Gaillard's (born in 1980) studies. As such the demolition of the building next to the MMK Zollamt will in fact form part of the exhibition, as the high ribbon window on the side of the hall opens out onto the demolition work.For several years Gaillard has been pursuing the Geographical Analogies project, an “atlas” of analogies that has now grown to more than one hundred examples. During his journeys round the world he takes Polaroid photos of historical and modern buildings, gardens and ruins from all eras. In each of the show cases at the exhibition nine of these photos will be assembled to form a rhombus. The 16mm film Cities of Gold and Mirrors (2009) features motifs from the Mexican tourist capital Cancun. Young North Americans know and appreciate it as a destination for cheap vacations in huge hotel complexes. These are in close proximity to temple ruins. The post-modern hotels imitate antique buildings and complement them with dolphin pools and jungle-like halls. In the film, all this becomes the set for excessive binge drinking. By way of analogy, these recordings are complemented by the spectacular demolition of a mirrored high-rise in Dallas and laser shows in large discos. The new series Angkor Beer combines historic monuments and alcohol in equal measure. Bottle labels of a Cambodian beer bearing a promotional name and the silhouette of the world-famous temple are glued on old postcards depicting French castles, covering them completely. In his works, Cyprien Gaillard explores and documents overlaps, conversions and trivializing imitations of architecture and history in the wake of globalized tourism in different places and using different methods. There is, however, no nostalgia or elegiac mourning for what has been lost, but rather an at times aggressive zest for transformation.The exhibition at MMK Zollamt in Frankfurt is rounded out by a new, site-specific work, which explores both the surroundings and the history of the exhibition venue. We would also like to draw your attention to Cyprien Gaillard's recently published book Geographical Analogies, featuring illustrations of all the works he has produced to date. The book has 224 pages and includes an article by Rein Wolds. It is published by JRP Ringier Kunstverlag and edited by FRAC Champagne-Ardenne, Kunsthalle Basel, Kunsthalle Fridericianum and MMK (Museum für Moderne Kunst Frankfurt/Main).
www.mmk.art