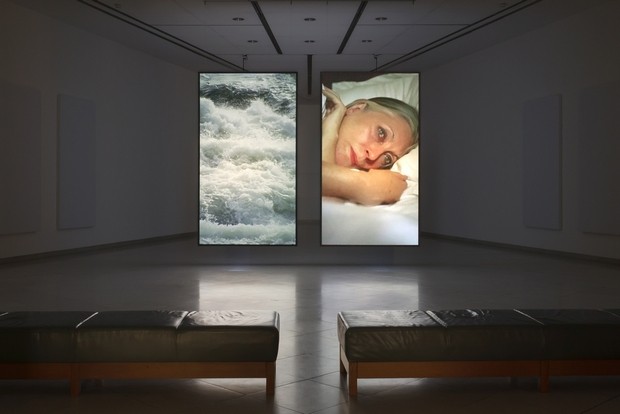 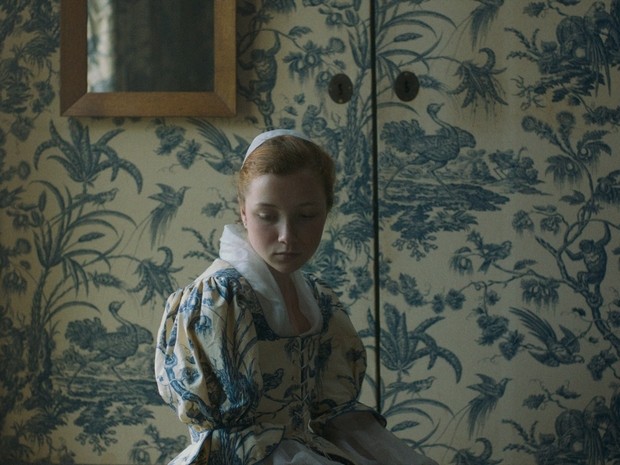 The artist Fiona Tan is among the outstanding artists of the present. The survey “Geography of Time” focuses on major works from her film oeuvre – for example the double projection “Rise and Fall” – as well as on the latest developments in her work, which increasingly takes the form of installation environments.

“With this project, the MMK continues its policy and strategy to present mid-career exhibitions of international artists with new works at its core, and to invite the artists to relate their work to the architecture of the museum”, says Prof Susanne Gaensheimer, the director of the MMK Museum für Moderne Kunst.

Fiona Tan has transformed the ground floor of the MMK 1 into a parcours in which video projections, audio and sculptural works join in a concentrated reflection on the individual in an increasingly disjointed globalized world. Fundamental questions on the identity of man in the twenty-first century arise in the process: how do we see ourselves, and what determines our perspective on the ‘other’? In filmically striking images and installations, Tan addresses how our own memories influence our perceptions of the past, present and future. In her imagery, the boundaries between personal and collective memory, interior and exterior, fiction and reality dissolve.

Time, memory and identity – central themes in Fiona Tan’s oeuvre since the beginning of her artistic career – are also the leitmotifs pursued by the seven works on view at the MMK 1. In recent years the artist has expanded her work from a concentration on film and photographic media to include object-based installations. “With interventions in the architecture as well as object installations and archive materials, her filmic worlds extend into the exhibition space. MMK is excited to be able to present this new development in Fiona Tan’s oeuvre to a broad international public”, explains Peter Gorschlüter, curator of the exhibition.

The work “1 to 87” (2014), an expansive model railway landscape spreading out to fill the central hall of the MMK, forms the prelude. The work’s title refers to the scale of 1:87 determining the work’s dimensions. If at first sight the scenery looks idyllic, on closer inspection this impression begins to crumble. The viewer becomes a witness to circumstances that seem at odds with the apparent innocence of the panorama: as occupants of an allotment garden harvest vegetables, for example, a train crash occurs. Tan juxtaposes the tranquil character of model landscapes with a complex reality no longer describable by means of simple explanatory models.

Her film triptych “Ghost Dwellings I–III” (2014), on the other hand, focuses on the ecological and economic consequences of globalization. Tan visited three places where decay and devastation are visible: Cork (Ireland), which has suffered the consequences of the real estate bubble that ran rampant from 2008 onward, the once-thriving automotive capital Detroit (U.S.A.), which gradually slid into bankruptcy, and the exclusion zone in Fukushima (Japan) established in 2011 after the nuclear accident. In these landscapes, the artist looked for signs of recovery, a phenomenon known as “aftermath”, a term referring to new growth after the harvest is over. The artist contrasts her filmic portraits of these melancholic sites with a domestic environment that seems to be expecting the return of its mysterious inhabitant at any moment.

This consideration of the human in a time of uncertain futures weaves through much of Tan’s recent output. In her work “Apocalypse” (2014), Tan uses a camera to scan scenes of the medieval tapestry “L’Apocalypse d’Angers” (1373–83) on display in the Château d’Angers in France. Measuring nearly five metres in height and more than a hundred in length, the cycle is thought to be the largest extant tapestry work of the Middle Ages. The artist supplemented the shots with texts running through the images describing various details of the cycle. Yet the passing letters are also reminiscent of the unceasing information stream of news and stock tickers, forming a connection to events of our present, manifested through the data of share prices, casualty figures and referendum results.

The dream of a utopian idyll and the striving for happiness are encountered in an audio work inspired by an ancient legend. “Brendan's Isle” (2010) relates the adventures of the Irish monk Saint Brendan, who in the sixth century set out on a journey by sea in a fishing boat, to find paradise on earth, which he reached after seven years of travel. Although the precise location of the island discovered by Saint Brendan was never determined, it was marked on early nautical charts. In Tan’s re-telling, the story opens the imagination, alluding to the invisible.

Alongside this examination of the human subject within our contemporary landscapes, Tan also devotes her attention to the individual by exploring the intertwinement of personal identity and cultural imprint, for example in “Rise and Fall” (2009), “Nellie” (2013) and “Diptych” (2006–11). In her filmic installations, seeing and being seen, gaze and return gaze intermesh and merge to form a whole.

For “Rise and Fall“, Fiona Tan filmed at Niagara Falls, in Belgium and the Netherlands. A younger and an older woman seem to inhabit the same space, but without ever coming into contact. There is no telling whether the older woman is remembering her younger self, the young woman is envisioning her future self, or the two exist independently of one another in the present. Connecting the filmic double portrait of the two women are images of water in different states of motion. The large-scale double projection offers a meditation on time and memories inaccuracies, pointing at the charged field between past and future, memory and oblivion.

Transporting the viewer to a very different time and place, the video installation “Nellie” is inspired by the life of Cornelia van Rijn, Rembrandt’s illegitimate daughter, who at the age of sixteen emigrated to Batavia (present-day Jakarta). Little is known about Cornelia’s life; no portraits of her are known to exist. But this omission from the history books was for the artist an opportunity to give her imagination free reign. With this unsettling work Tan offers a touching homage to a forgotten woman, whose ‘suspended history’ becomes activated again.

For “Diptych“ Fiona Tan made filmic portraits of fifteen pairs of identical twins on the Swedish island of Gotland over a period of five years – from 2006 to 2011. As Tan herself says: “This project started out as a study into synchronicity and duration. I was interested in the visual measurement of time. Paradoxically I have come to see this work more as an investigation into sameness, into that which is constant and unchanging.“

The works are staged in a fascinating exhibition architecture designed by the artist. The roller-door-like structure can be understood as reminiscent of self-storage unit buildings, but perhaps also as an allusion to the freeports for art and luxury goods emerging all over the world, or as a reflection on the themes of transit, boundary dissolution and the loss of roots and identity.

Fiona Tan was born in Pekanbaru (Indonesia) in 1966. She lives and works in Amsterdam (the Netherlands) and Los Angeles (U.S.A.). Her work has been exhibited in numerous shows worldwide. In 2002 she took part in the documenta 11 in Kassel. In 2009 she represented the Netherlands at the 53rd Venice Biennale.

The exhibition has been organized in collaboration with the National Museum of Art, Architecture and Design, Oslo (Norway), the MUDAM, Luxembourg, and the Tel Aviv Museum of Art (Israel).
www.mmk.art