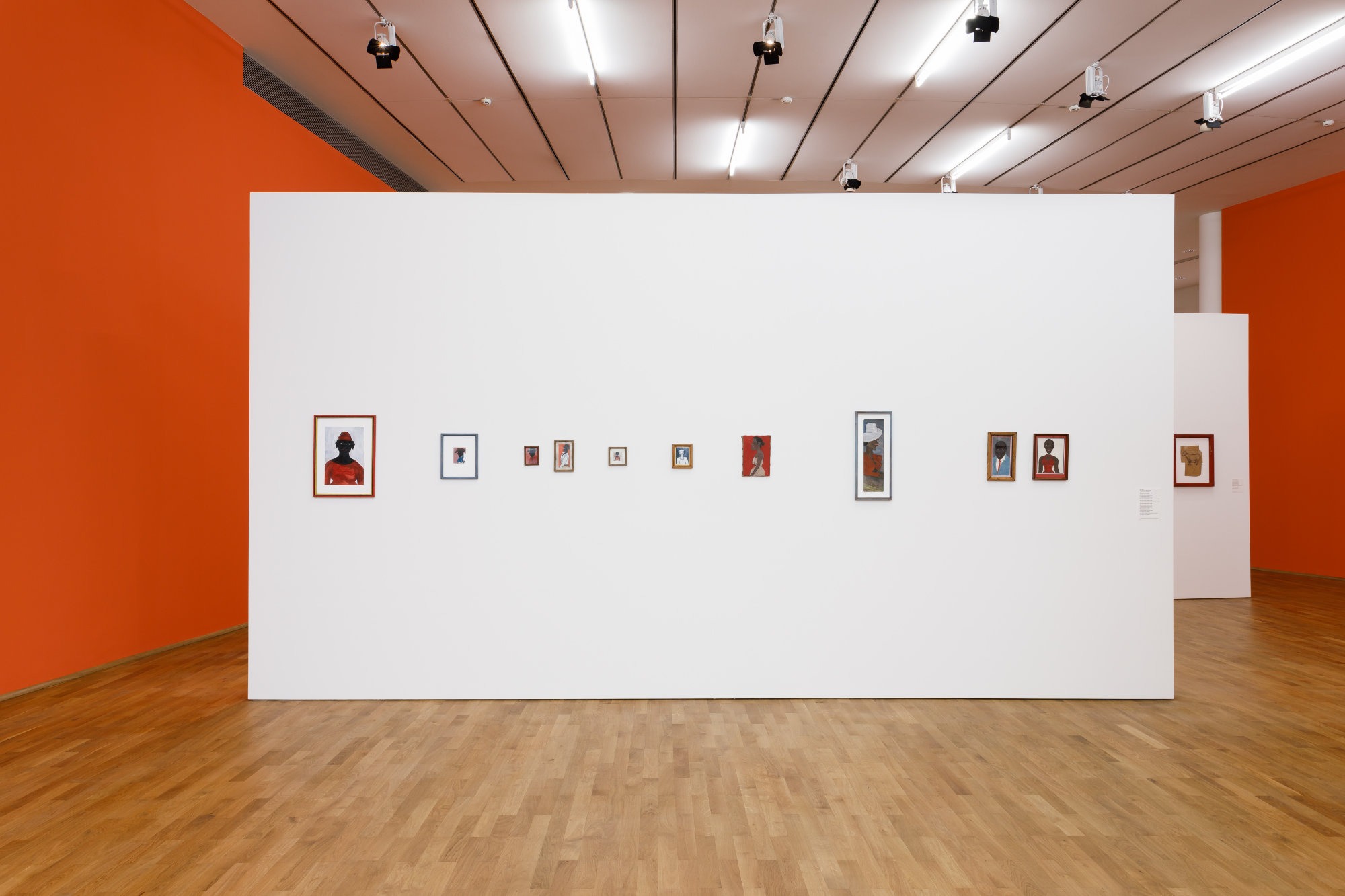 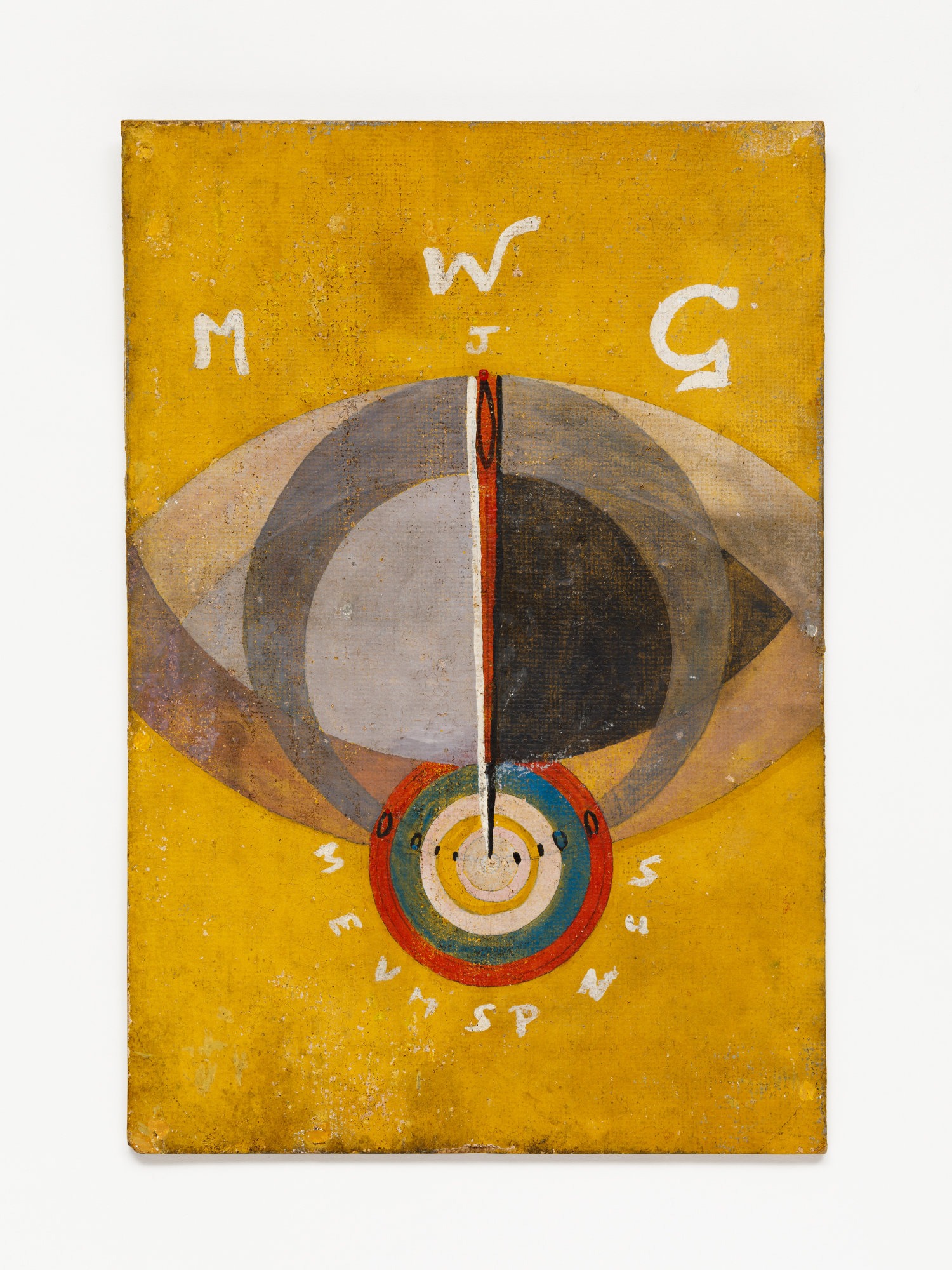 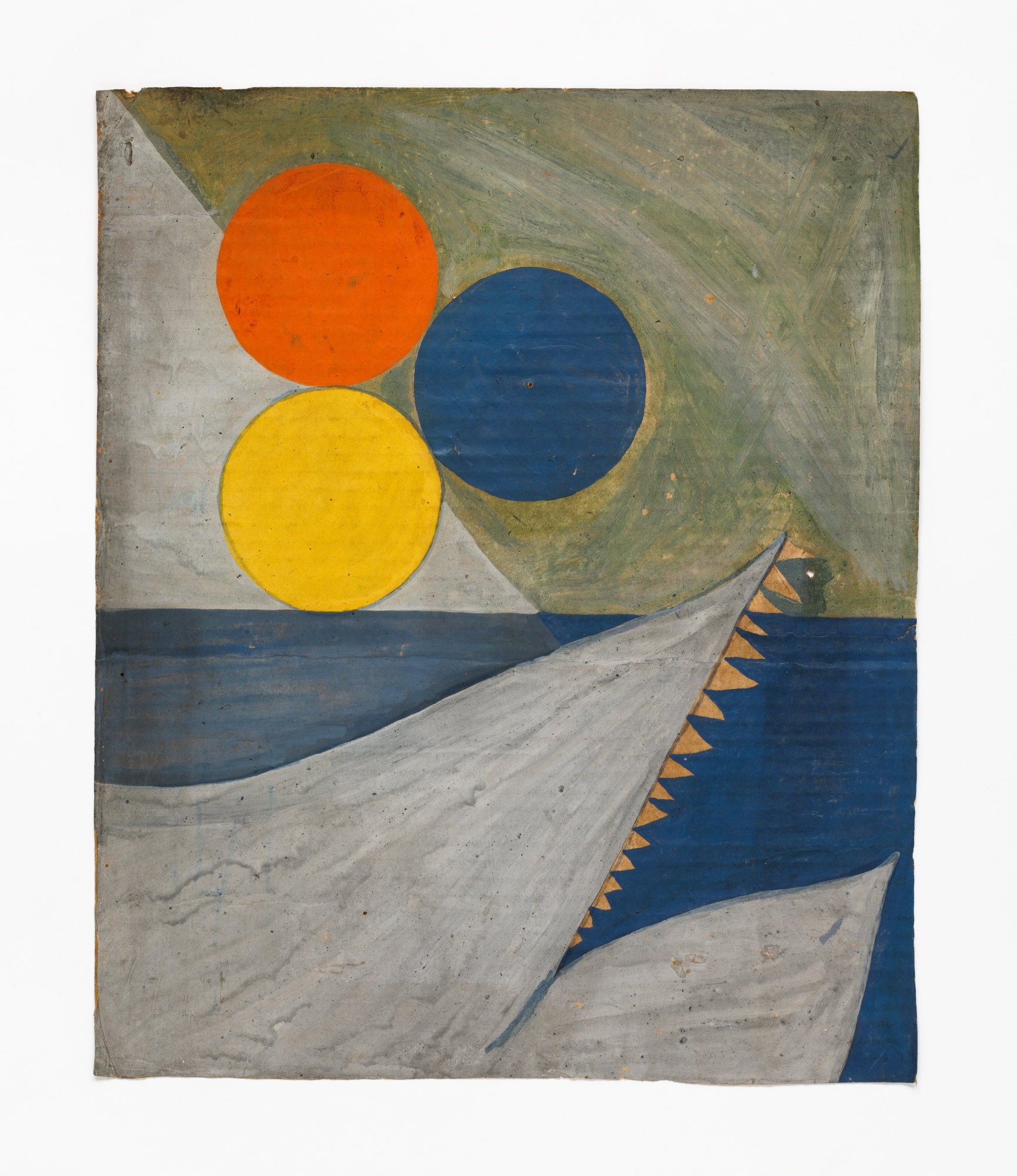 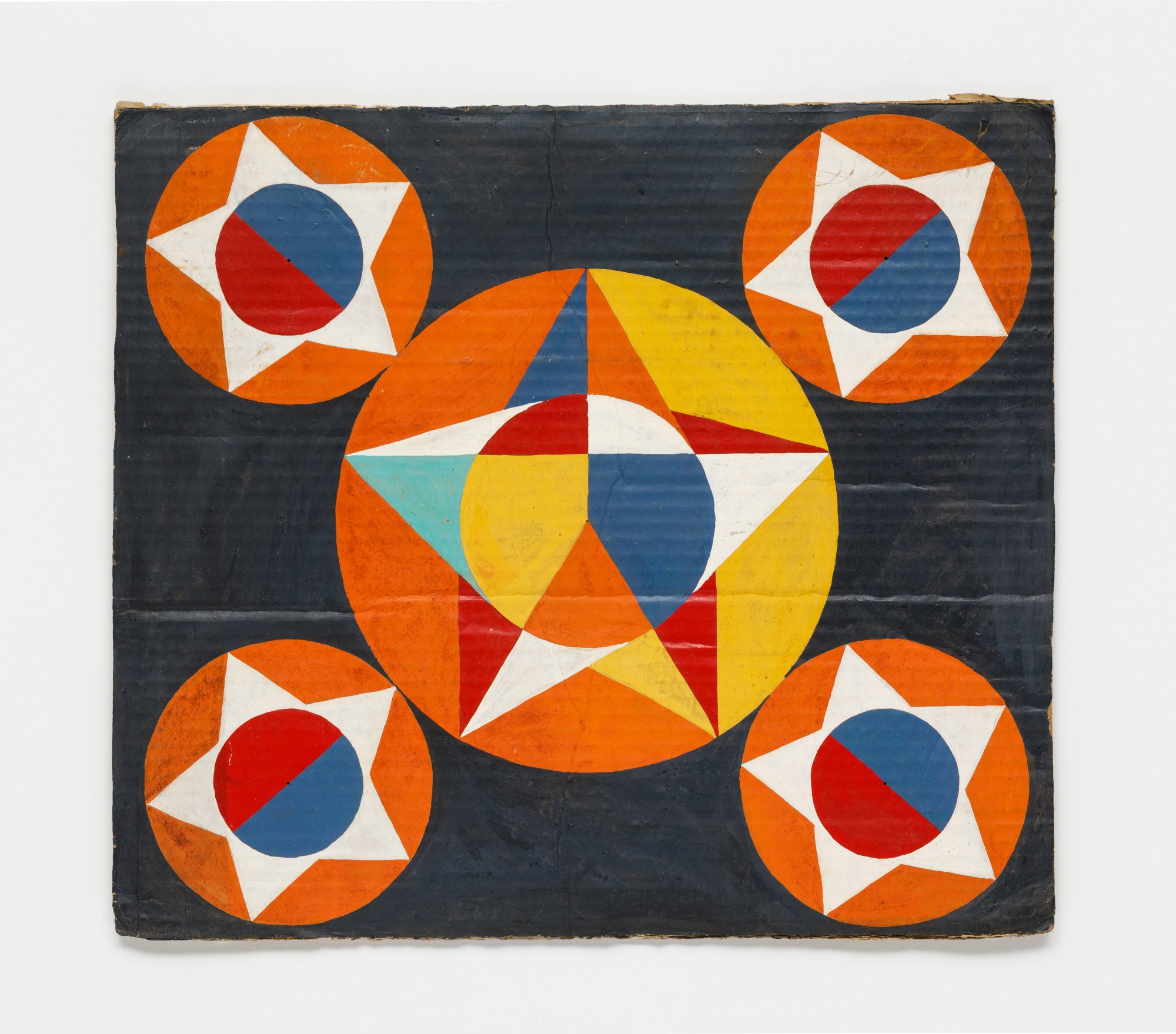 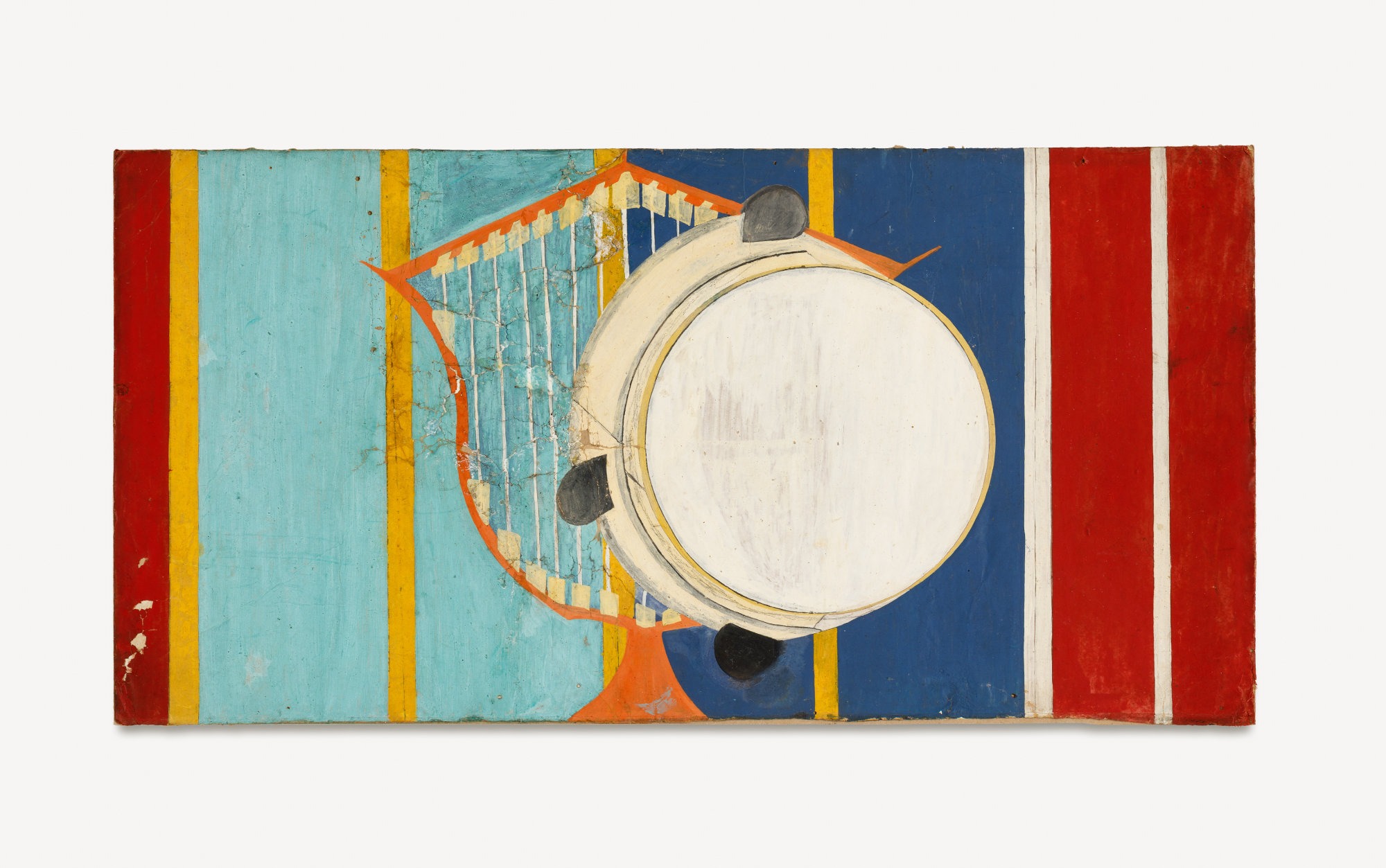 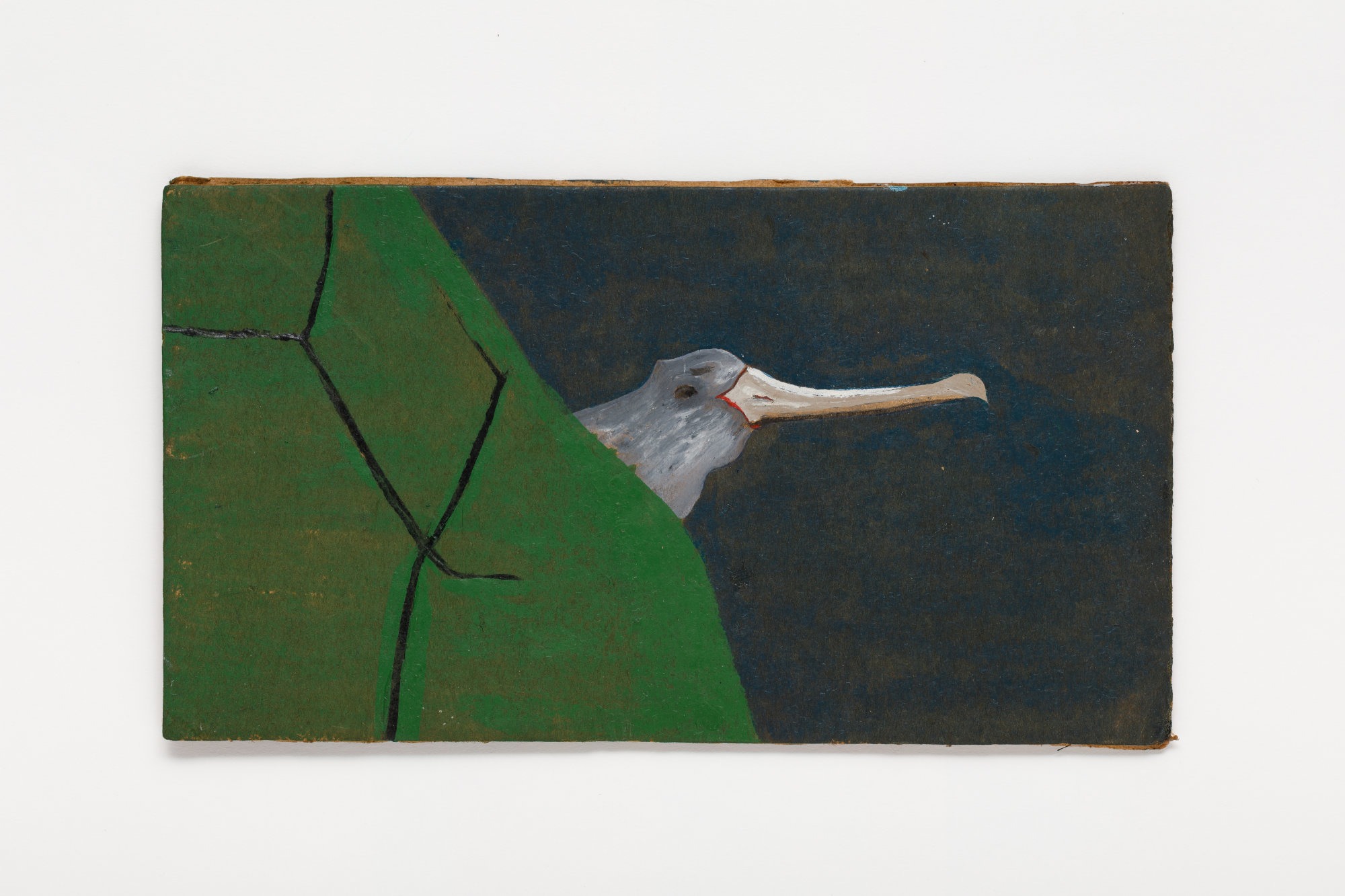 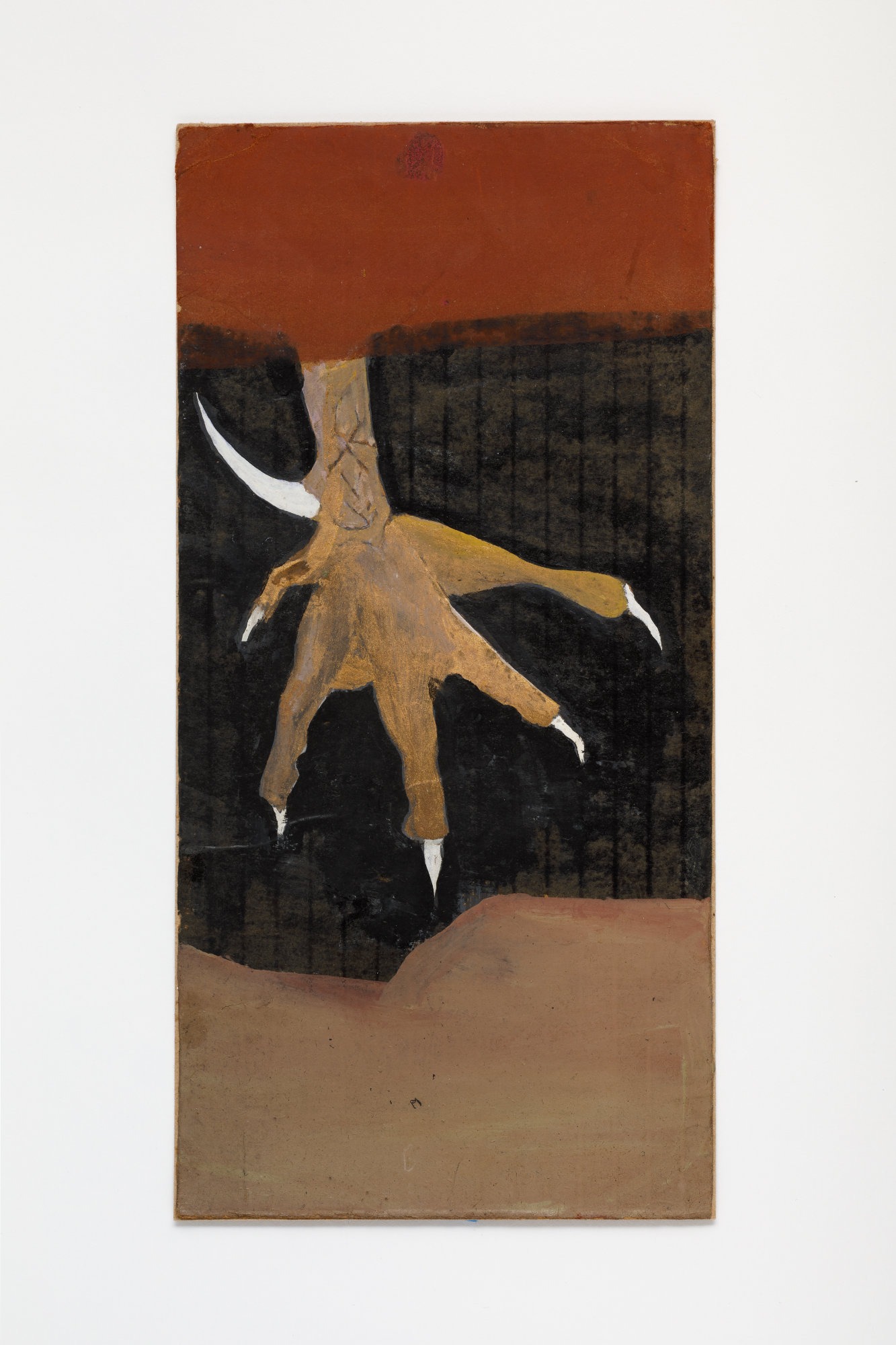 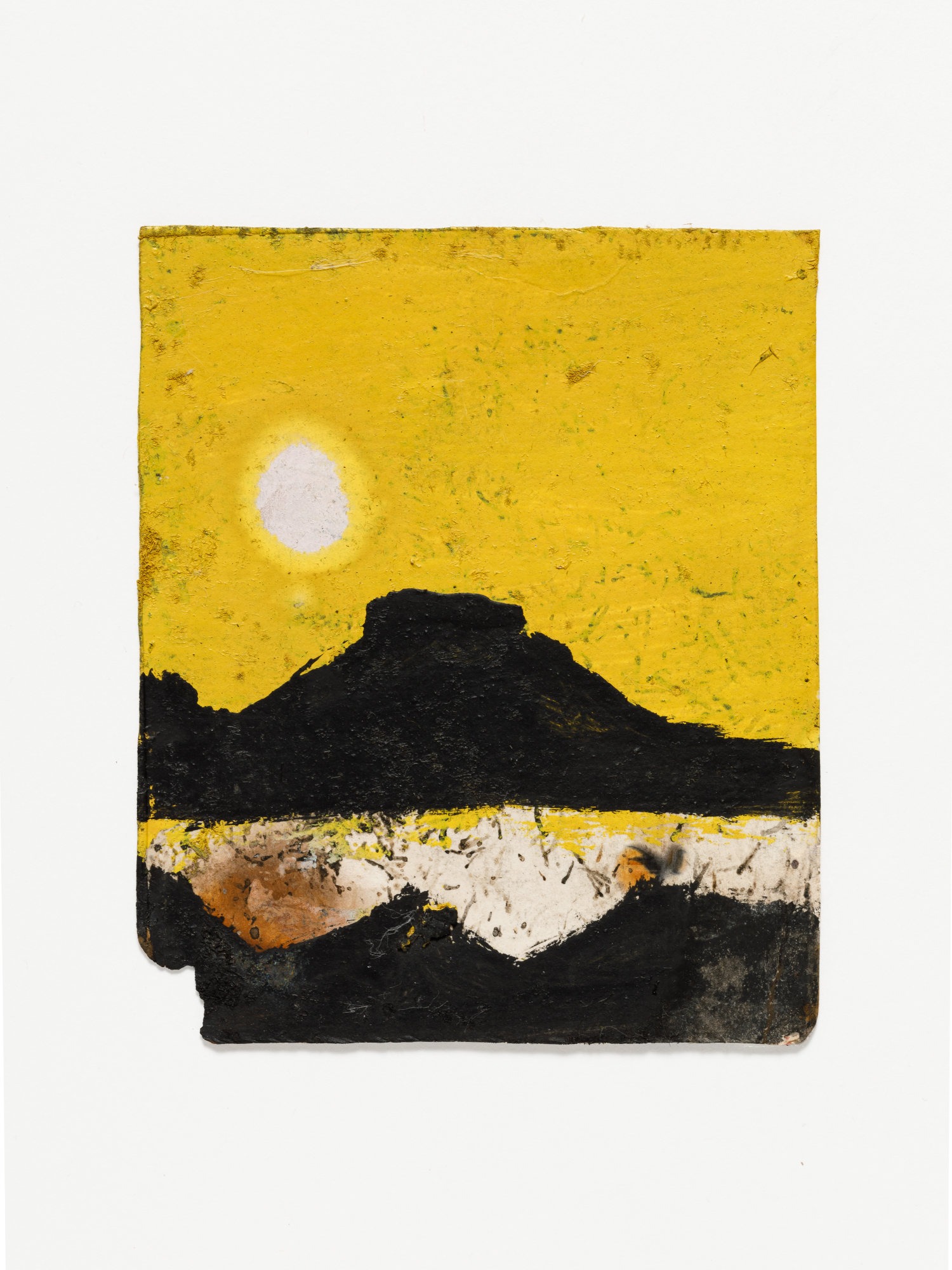 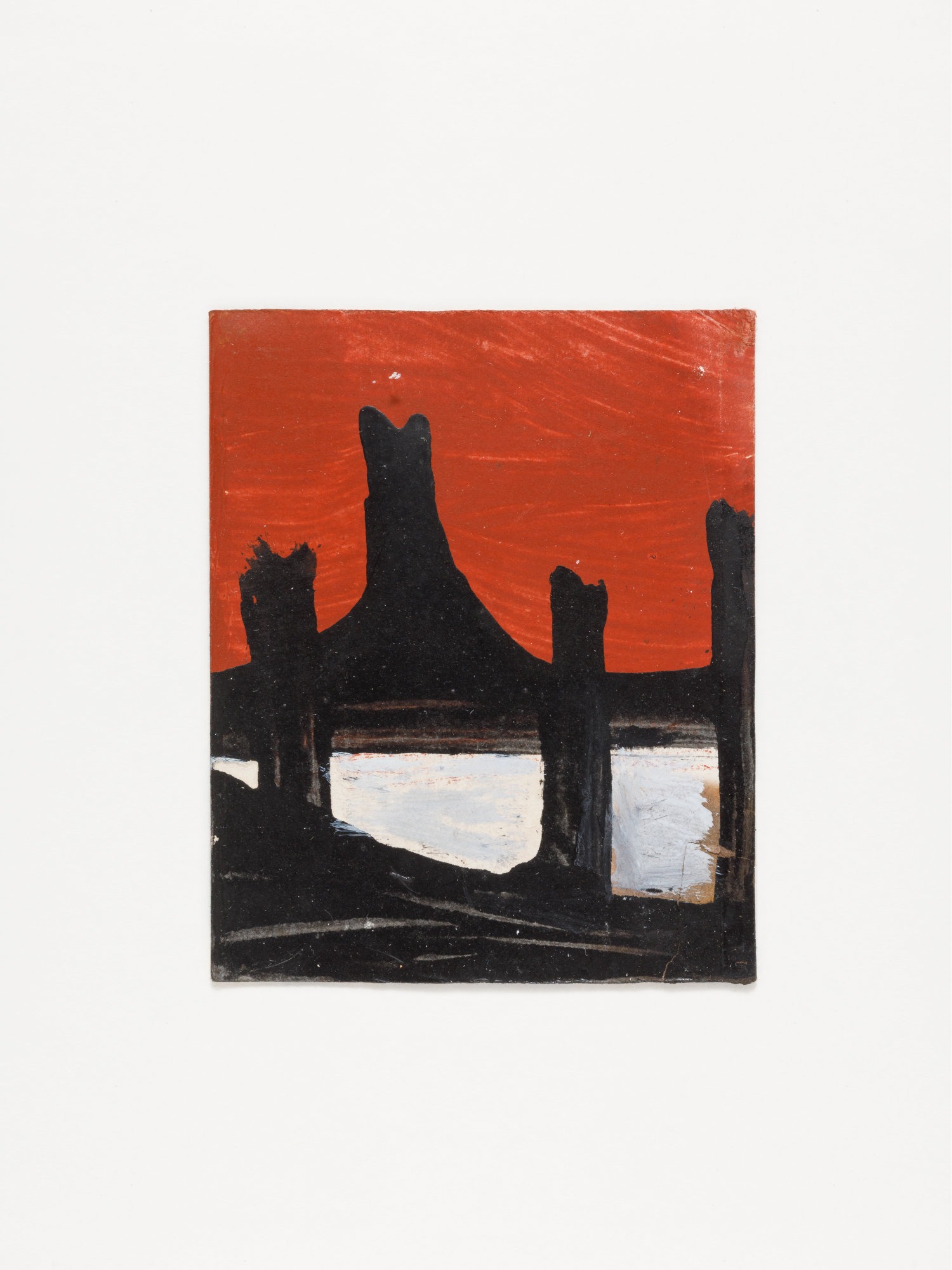 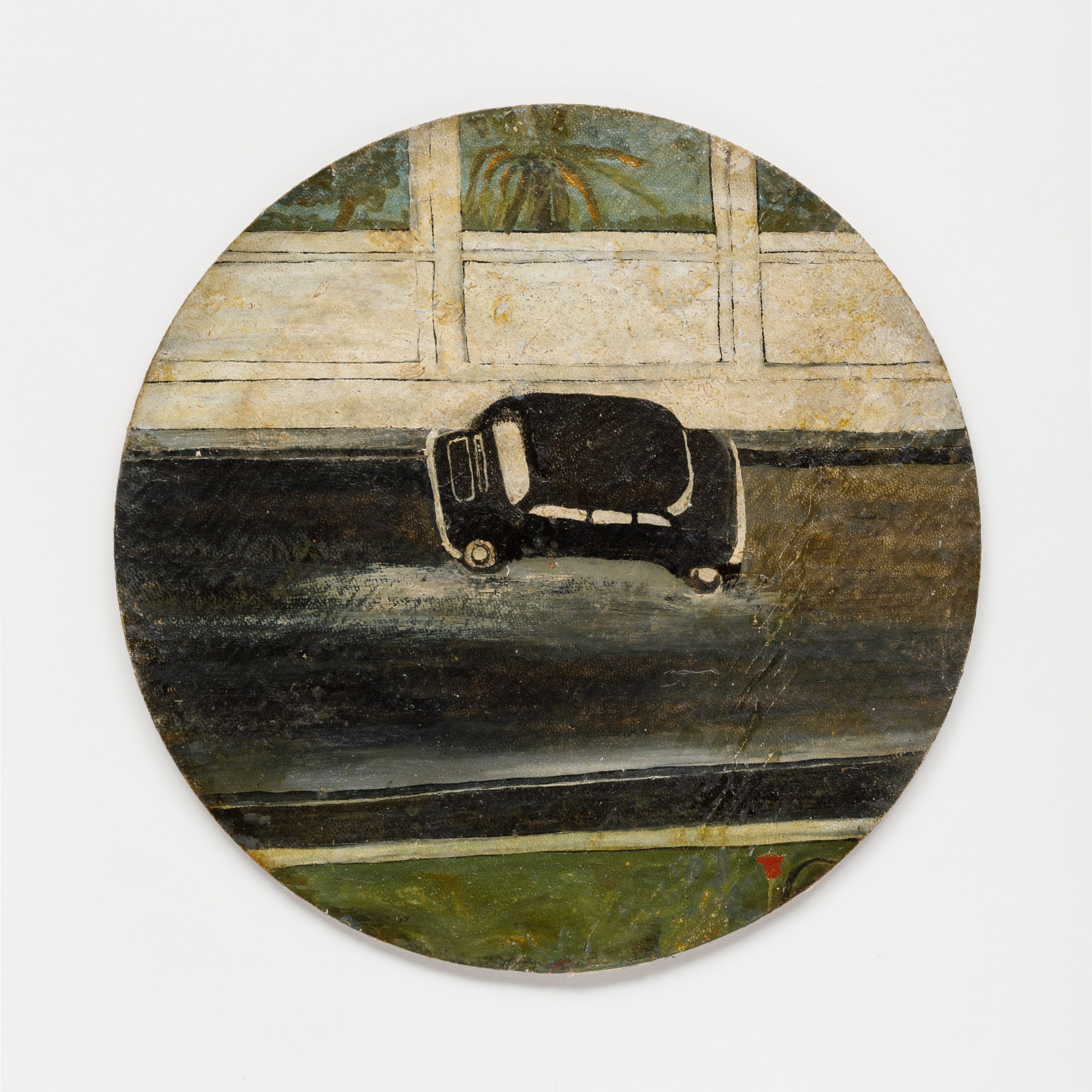 “Our crown has already been bought and paid for. All we have to do is wear it.” James Baldwin

There is no typical Frank Walter. His range as a painter is extensive and unfettered. His perspective is all his own. His oeuvre seems to stand in opposition to the permanent ascriptions he was subjected to throughout his lifetime, with respect to race and nation. His cosmological paintings have a transcendental glow, his abstract works are systematic, the individuality of his figurative painting is captivating, and his landscapes gain strength through their clear abstractions. All his works exhibit an unusual degree of clarity and directness. This sense of focus in his works, which also comes from their small size, offer us a way of approaching them directly. The complexity of Walter’s subject matter is matched by the great variety of his materials. He created works on wood, Masonite, cardboard, paper, linoleum, and the backs of photographs, and he painted and drew with oil paint, tempera, watercolor, crayon, pencil, shellac, and glitter. When he was not painting, he wrote; when he was not writing, he made sound recordings. Walter’s creativity had an unbelievable intensity, which one can see, feel, and sense in his work. It was only in art that he felt liberated: free of the brutality that lay in normative attributions, which was a permanent presence beyond his artistic work. Frank Walter believed that creating art was an inherently subversive act, and one that uniquely enabled him to assert the right to lead his own life, as determined and defined by himself.

The work of the native Antiguan and Barbudan artist Frank Walter (1926–2009) encompasses numerous paintings, drawings, sculptures and writings, that will here be on view in a museum for the first time.
The works by John Akomfrah, Khalik Allah, Kader Attia, Marcel Broodthaers, Birgit Hein, Isaac Julien, Julia Phillips, Howardena Pindell and Rosemarie Trockel revolve around colonialism in the Caribbean in the past and present as well as the intellectual contexts  of colonial and post-colonial thought. They address the visual regime of racism that also finds expression in the exoticizing gaze, and describe the complexities of identity, class and racialization. Julien Creuzet, Kapwani Kiwanga and Carolyn Lazard have produced new works specifically for the show.

The exhibition was developed in close collaboration with Barbara Paca, OBE, PhD, Consulting Curator and Cultural Envoy to Antigua and Barbuda.
www.mmk.art