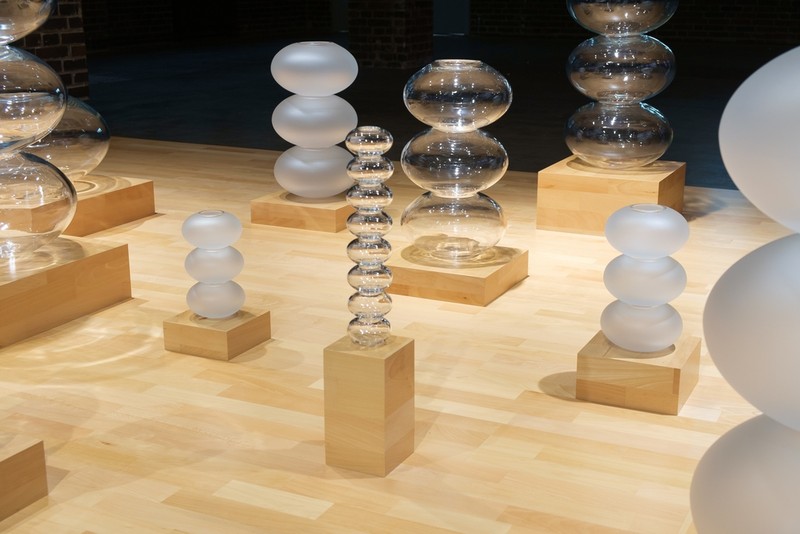 Within the framework of the “Frankfurter Positionen”, the MMK Museum für Moderne Kunst Frankfurt am Main is presenting the first institutional solo exhibition of Hassan Khan (b. 1975) to take place in Germany. The artist, musician and writer lives and works in Cairo, Egypt.

Hassan Khan has named his exhibition after a novel published in 1974 by the American science-fiction author Philip K. Dick. Set in a futuristic America, the story is about a world-famous television star who, after an attempt on his life, wakes up in a shabby hotel room only to realize that the world no longer knows who he is. The solution to the riddle is in the discovery of a reality-distorting drug which has catapulted him into a parallel world. Both in the title and between the individual chapters, a famous song by the English composer John Dowland (1562–1626) is quoted.

For the exhibition at the MMK 3, Hassan Khan has developed five new works and combined them with an already existing one. Although they all make use of different media, they are linked to one another through allusions, resonances and relationships encountered again and again throughout the workgroup. The following associative text by the artist is an imaginary tour of the exhibition revolving around a number of those elements:

Between those quotes – is a resurrection. "Flow My Tears, the Policeman Said" is my favourite Philip K. Dick (1928-1982) novel; sometime in the mid 90s I dreamt of turning it into a feature film and fell out with a friend who wanted to do the same thing. We haven’t spoken since and neither of us ever made that film. It is a novel where, amongst many incredible things, John Dowland’s (1562-1626) song cycles appear as a beautiful and tragic counterpoint to the scurrying of citizens day-in and day-out in the maze of a system of power. “Flow My Tears, the Policeman Said” (2015) is the title of this exhibition. A window is a platform, a stage an entry point, the frame for a double portrait of power. It is, however, out of necessity, a disassembled double portrait. For how else can we tackle a judge who was a police officer and now hands out death sentences like candy? Or the world’s most depressed man encountered on the Cairo subway in 2008? Or both at the same time? As hand strikes human hand in polyphonic patterns, are we inside a victorious march, repeating a call to unity? Or does this beaten out rhythm spell both hope and its demise? Live Ammunition! (2015) is a multi-channeled musical composition, it has existed before in other forms: a prologue and base to layered string quartets, a movement in a park that spoke of how our lives are marked by time. Here it is reconstructed, bruised and pared down to its essentials, the beat of the show. The constantly shifting colors of LightShift (2015) are maybe my unease at the architecture of a space that is itself uneasy, or is it just a way of bracketing transformations? Time always passes and civilizations live and die. A tinge that slowly becomes another tinge is always an environment. It might take a moment to go up the stairs but it is always also a transition from something to somewhere else. Although this paravan does not divide or hide, it disguises in its title The Double Face of Power (2015) yet again, and one more time- a double bind. I love the daily magic of surfaces, the banal yet sublime of recognition. The miraculous sheen and the power of embedded emblems. I want that. I want that to be my guide, my echo, my key, and my sign. So why is a landscape of accumulated stacked glass forms titled Abstract Music (2015)? And what does it spell out? Is it the currency that makes the world go round? Or is it, again, just the logic of systems? Is it a residue? A proposition? A statement? Or a question? The focal point, the apex of the curve is an encounter with the human subject. Studies for Structuralist Film no. 2 (2013) was shot in silence in an empty white room, where two strangers and a camera subjected to the rules of the encounter could share something neither could really ever completely know. Are these moments when the eye meets the camera, and therefore meets the eyes behind the camera and therefore meets the eyes in front of the screen, also significant? Or is it just the silent pact, the rule, the agreed upon condition that drives this situation? And do I really remember or maybe just tell myself stories? Yet in that white room, as I ran around in circles carrying the device, building rhythms together with the human subject, the sounds of our breathing our only companion, play acting the end of consciousness and its rebirth, was when the pact was silent but the room charged. (Hassan Khan)
www.mmk.art