I am a Problem 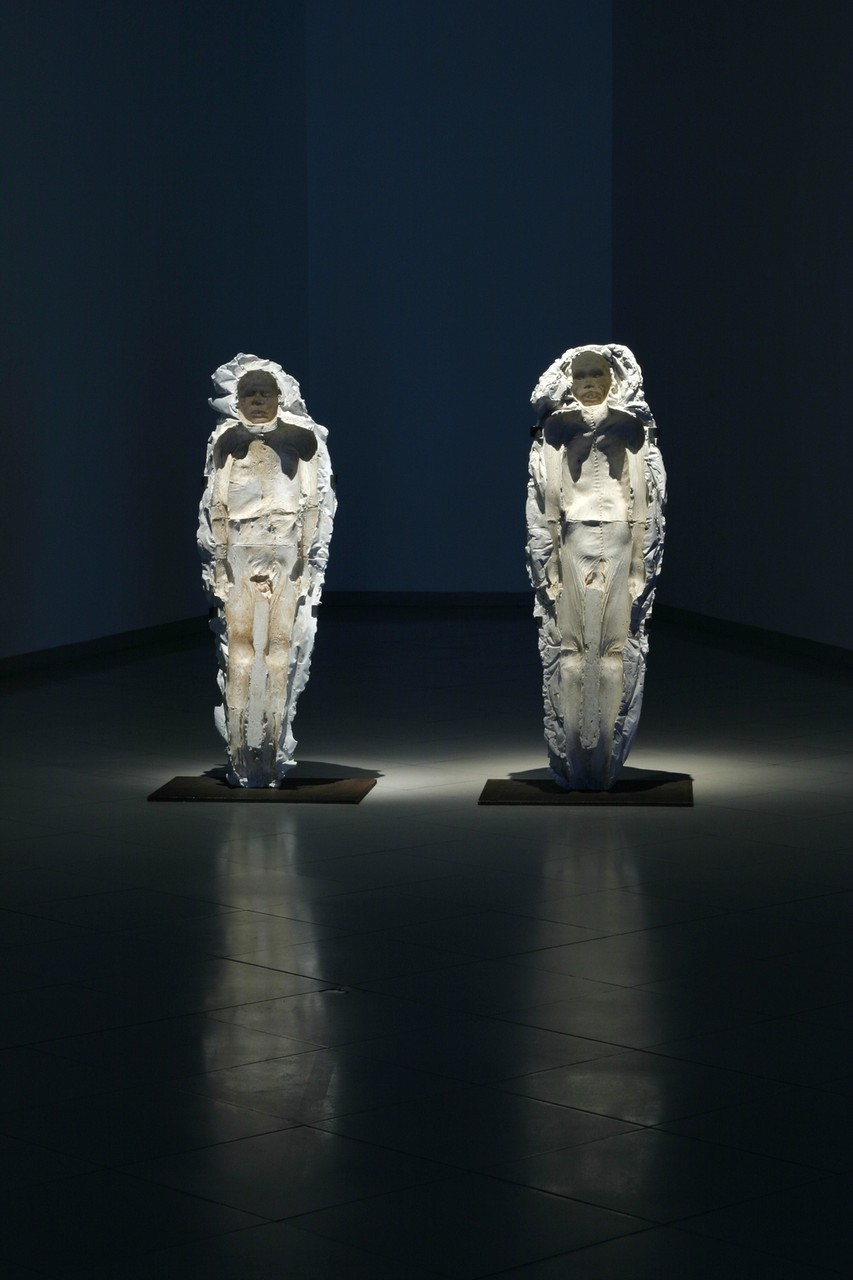 In cooperation with the celebrated stage director and set designer Ersan Mondtag, the MMK Museum für Moderne Kunst Frankfurt am Main will present works from its collection at the MMK 2 in the light of contemporary identity models ranging between grotesque self-optimization and manifestations of physical dissolution.

For the exhibition “I AM A PROBLEM”, Mondtag will transform the MMK 2 space into a stage that carries the visitors off into a gloomy – but nevertheless stimulating – parallel world. The point of departure for the work is a rumour concerning the opera singer Maria Callas. To achieve her dream figure, she reportedly swallowed a tapeworm. Within weeks, the parasite – which the famous diva supposedly washed down with a glass of champagne – caused her to lose an amazing amount of weight. Callas’s iron will to optimize her outward appearance and the legend of her grotesque diet will form the exhibition motif. As they explore Mondtag’s scenic parkour, the visitors will encounter the opera singer’s ghostly presence again and again, along with the worm-like room elements winding their way through the exhibition, and ultimately become parasites themselves when they enter a dark, organic tunnel entrance protruding into the space. On the show’s serpentine paths they’ll meet border crossers and doubles, silent rebels, failed existences and bodies that have fallen victim to self-optimization. The works staged in this environment will range from Rosemarie Trockel’s Woman Without an Abdomen and a walk-on pneumatic sculpture developed especially for the show by Plastique Fantastique to some of the MMK’s most recent acquisitions, including Will Benedict’s death metal video I am a problem from which the exhibition takes its title. Each in their own way, they will demonstrate how the metamorphoses of the corporal become symbols of the dissolution tendencies in the private realm and society as a whole. Mondtag will trace the gestures of resistance – some timid, some renitent – in the works, and cast them as the modern antiheroes of his narrative. His production will invite visitors on a wild journey through the highlands and lowlands of human existence.

Over the past years, the museum has devoted itself increasingly to forms of artistic expression beyond the boundaries of the visual arts. Now it is collaborating with Ersan Mondtag to develop its first exhibition ever to focus on the interspace between the visual arts and theatre.

Ersan Mondtag is at home in the mediums of theatre, dance, music, performance and installation. His productions unfold as associative realms of imagery and sound always ultimately revolving around human beings with their passions, longings and abysses. His transdisciplinary praxis, which usually does almost entirely without language, makes frequent reference to recent art and is thus virtually predestined for presentation in a museum. Thanks to his visually exuberant and controversially debated productions, Mondtag is one of the most highly regarded emerging directors in the German-speaking world.