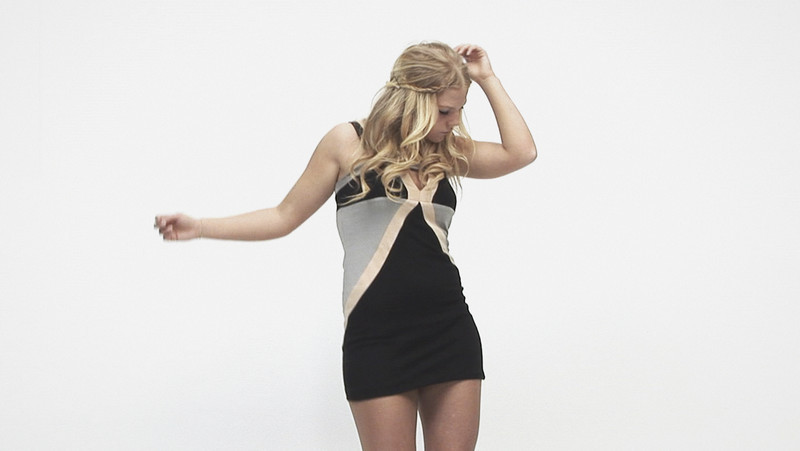 "The Krazy House" will be the first comprehensive filmic retrospective of the Dutch artist’s work worldwide. In dialogue with the MMK collection, film rooms and selected photographs by Dijkstra will be featured throughout the museum’s interior. Within the framework of the show, two of her videos will celebrate their world premiere. In the presentation of works from our holdings to be developed in close cooperation with the artist, she will provide personal insights into her artistic passions and sources of inspiration for the first time. In addition to works from the collection by Andy Warhol, Douglas Gordon, Isa Genzken, Tobias Rehberger, On Kawara, Bruce Naumann and many others, a composition by Picasso never before seen at the MMK will be on display. The painting "Weeping Woman", which will be on loan from the Tate Gallery in London, served as the point of departure for two of Dijkstra’s more recent video works.
The exhibition highlight will be the major five-channel projection "The Krazyhouse", recorded in 2009 at the Liverpool club bearing the same name: a portrait – as dynamic as it is moving – of five young people and how they express themselves in the dance medium.

In her film works, Rineke Dijkstra reflects on the relationship between the static image of photography and the video as a sequence of images. The classical portrait is enhanced by levels of sound and movement staged and processed with extreme precision, while the camera usually remains stationary. Both her film and her photo works concentrate primarily on the human being – on the tension between the natural, uncontrolled expression of the personality on the one hand, and the process of becoming an adult in a society with conventions and established codes on the other. Within this context, the artist resolutely examines the search for identity that accompanies young adulthood. At the same time, there is an almost palpable friction between the formal structure of Dijkstra’s works – which are often reminiscent of well-known compositions by artists of past generations – and the subjects’ artlessness and the empathy they evoke in the viewer.

Within the holdings of the MMK, important strategies in the area of video art are represented, as seen in examples by Bill Viola, Nam June Paik, Rosemarie Trockel, Aeronaut Mik, Douglas Gordon and others. Rineke Dijkstra’s video works thus complement the collection context and enhance it with themes such as growing up and finding one’s own identity in society.
The exhibition at the MMK will present Rineke Dijkstra’s works in several film rooms spread out on all floors of the museum. Other rooms will feature works from the collection of the MMK selected in close cooperation with Rineke Dijkstra and permitting a dialogue to ensue between her works and the other artistic concepts represented by the collection. The selection from the MMK holdings will comprise altogether more than one hundred works.
www.mmk.art