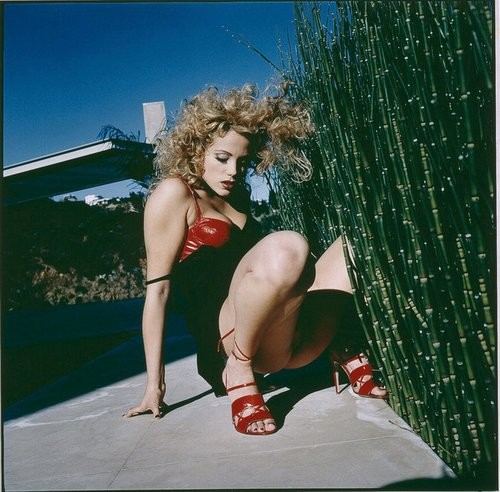 Starting this year, for the very first time, from September 25, 2010 thru’ April 25, 2011, MMK Museum für Moderne Kunst in Frankfurt/Main will be exclusively exhibiting photographic works from its collection. MMK owns one of the largest collections of international contemporary photography, with a stock of over 1,500 works. Given the dimensions of the collection, it can only exhibit some aspects of it at any one time, and a second presentation of photographic works at the MMK is in the pipeline for a later time. Specifically selected photographs will above all underscore references to the special exhibition “The Purple Generation. Fashion and photography in the 1990s”.

In the context of the MMK Collection, since the museum first opened in 1991 it has always placed the medium of photography on an equal footing with drawing, painting, sculpture and film and video. From the very beginning, entire groups of works, such as those by Ryuji Miyamoto, Jeff Wall, Beat Streuli, Günther Förg, Thomas Ruff or Peter Fischli and David Weiss have defined the diverse perspectives of this medium. The Museum developed all the acquisitions in close collaboration with the artists; indeed, the majority of works were specially conceived for the rooms of the MMK.

Whole sets of examples of photojournalism by Barbara Klemm, Abisag Tüllmann and Anja Niedringhaus, which can be deemed crowning moments of 20th-century photography, are placed on a completely equal standing with the other works in the collection. For example, MMK has continuously been acquiring works by Barbara Klemm from five decades, and now has a portfolio of over 250 images. This year, the photographer was awarded the Max Beckmann Preis der Stadt Frankfurt. Artists including Jock Sturges, Bettina Rheims, Dino Pedriali or Larry Clark also assume important positions. Larry Clark’s complete early works are part of the MMK Collection, which includes the series Tulsa and Teenage Lust. The Museum owns more than 100 in part large-scale photographs by Nobuyoshi Araki from the series Tokyo Comedy as well as his entire published works, 250 photo books – a donation from the artist. The series Evidence by Larry Sultan and Mike Mandel can also certainly be described as trailblazing for the more recent history of photography. The MMK’s most recent acquisition include an extensive group of works by Taryn Simon.

The technical diversity demonstrated within the MMK Collection ranges from vintage prints on baryta paper through monumental Cibachromes to the series of original posters by Oliviero Toscani from his now legendary Benetton advertising campaign.
The image itself, and not the medium, always defined the collection strategy. It was not just the consistency of the artists’ overall work that was at the forefront, but also the exemplary picture quality and photographic expression.
www.mmk.art