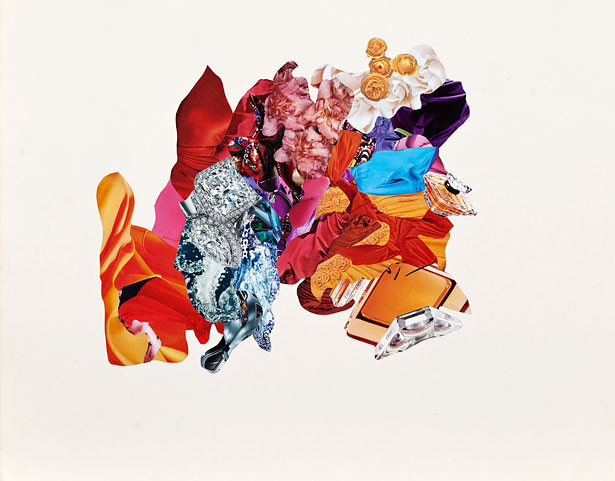 Ever since he first started exhibiting in Los Angeles in the late 1950s, George Herms has been a central figure in the development of so-called West Coast aesthetic. Influenced by a beat generation more attuned to the musical nuance of the everyday than the modernist requiem to order, Herms's commitment to counterculture is expressed through his use of impoverished materials and his rejection of compositional devices in favor of loose associations of materials and ideas. The resulting assemblages blur the boundaries between art and life to make of each the other. Herms salvages elements from the trash heap of popular culture, combining them with words and phrases to create final entities that are neither pure thought, nor pure object—they are both prop and proposition. At times, Herms has been associated with landmarks of the developing L.A. art scene—Wallace Berman and Semina, Walter Hopps and the Ferus Gallery, Dennis Hopper and the film culture of Easy Rider—but his art has refused any singular identification. An advocate of all things free—spirit, material, and love—Herms is the spiritual godfather to an art of the unknown, forging something out of nothing, which continues to be a driving compulsion of artists today.

In 2008, Herms was invited to Florence by designer Adam Kimmel who was being celebrated by the fashion event organizer Pitti Imagine. It was there that he got to know and hang out with a generation of New York–based artists, including Lizzi Bougatsos, Dan Colen, Nate Lowman, Ryan McGinley, and Rita Ackermann, along with artists from a somewhat older generation, namely Ari Marcopoulos, and Jack Pierson. Herms’s predilection for privileging the found over the made and for using the raw materials around him as the stuff of his art immediately dovetailed with the raw, unfiltered, and anti-art-establishment tendencies of a group that came of age when ever-higher production values corresponded with auction records and spiritual bankruptcy. Like the open dialogue that fueled the Semina collaborations of Berman, Herms, Hopper, Edward Kienholz, and others, this is a group for whom the free trade of ideas and art blurs the boundaries, not just of authorship, but also of distinctions between art and the everyday.

George Herms: Xenophilia: (Love of the Unknown) embraces these tendencies. Exploring the notion of assemblage from both material and conceptual viewpoints, the exhibition displays Herms’s signature junk art of the past six decades and recent collages alongside the work of a group of much younger artists from both coasts. The presentation merges the New York School, which emerged out of the first decade of this century, with artists from a similar generation who are living and working in Herms’s hometown of Los Angeles. The opportunity to reconsider not just the centrality of Herms's role but also the spiritual and material legacy of his improvisational aesthetic is offered out of the chaos.
www.moca.org