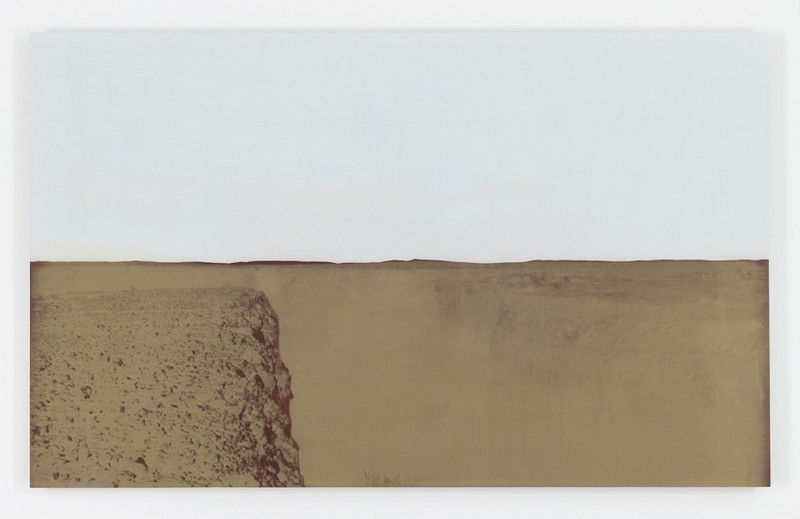 MOCA presents R. H. Quaytman, Morning: Chapter 30, the first major museum survey of work by New York–based artist R. H. Quaytman, organized by MOCA Senior Curator Bennett Simpson. Consisting primarily of oil painting and silkscreen on precisely constructed wood panels, Quaytman’s expansive and ongoing project is organized into site-specific exhibitions that she calls “chapters.” Since 2001, Quaytman has produced 29 of these bodies of work, each drawing on narratives that reference the exhibition location, and all sharing the artist’s now-signature attention to the intersection of craft, life, and a vast network of intellectual and artistic interests. Featuring approximately 65 paintings selected from the past 10 years, including one complete “chapter” from 2011 and a significant cycle of new work made in response to MOCA and its collection, this exhibition is both an in-depth assessment and, as its title suggests, a kind of new beginning.
​A point of departure for Quaytman’s newest paintings is Michael Heizer’s seminal earthwork Double Negative (1969–70), a 240,000-ton excavation and displacement of rhyolite and sandstone that takes the form of two trenches cut into the eastern edge of Nevada’s Mormon Mesa. At the outset of researching her exhibition for Los Angeles, Quaytman was drawn in by the mythology surrounding the North American desert and Double Negative’s particularly complicated relationship to MOCA, as an artwork held in the museum’s collection but one that will always and forever be outside the museum’s walls. In late 2015, Quaytman traveled to southern Nevada to view Heizer’s work, capturing the austere landscape of rock, sand, and light with her Fuji FP-1 instant camera. The resulting photographs serve as a leaping-off point for a group of 22 silkscreen-and-gesso paintings being produced for R. H. Quaytman, Morning: Chapter 30. As a painter whose works are exclusively site-specific—all produced in response to institutional, geographic, or discursive sites and their related subjects—Quaytman is also rigorously engaged in a process of excavation as she digs out histories that are often underrepresented or marginal and, through the sheer beauty of her paintings, compels us to look.

R. H. Quaytman, Morning: Chapter 30 will be accompanied by a fully illustrated catalogue, copublished by MOCA and DelMonico Books ∙ Prestel, which will constitute the most comprehensive and scholarly examination of the artist’s work to date. This book features selections from Quaytman’s extensive photographic archive, published here for the first time, alongside new essays by Simpson, art historian Yve-Alain Bois, and philosopher Juliane Rebentisch.

Lead support is provided by The Andy Warhol Foundation for the Visual Arts.

Generous support is provided by Lonti Ebers, and Agnes and Edward Lee.