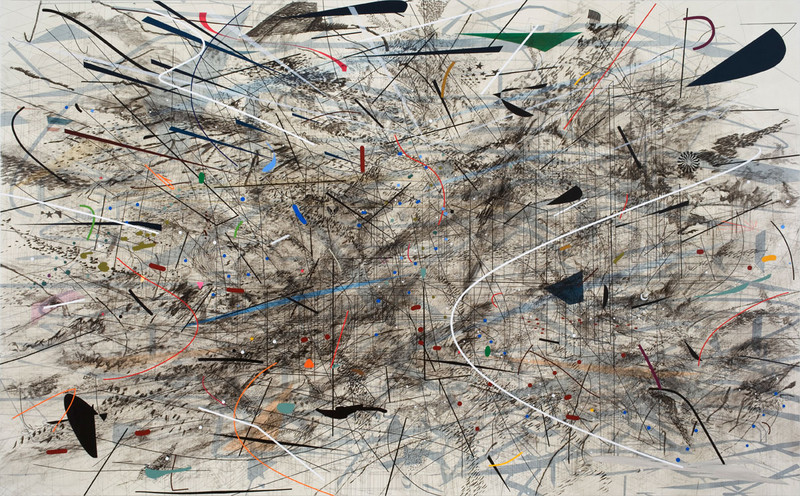 Ironically, one of the places where this fresh approach to abstraction was germinating was the studio that might seem the farthest from the practice of the abstract tradition, Andy Warhol’s Factory. The Factory was a haven for all sorts of brilliant artistic misfits, but was also a laboratory where the historical and contemporary innovations in art and culture could be remixed and reconstituted. Especially after Warhol refocused on painting in the late 1970s and 1980s with series like Shadows, Oxidations, and Rorschachs, he transformed pure abstraction into an impure product that opened up new directions. He thrived on the increasing confusion between high art and progressive popular culture and the challenge to conventional methods of painting by the techniques of mechanical reproduction. These confrontations simultaneously undermined and expanded the accepted approaches to painting.
www.moca.org