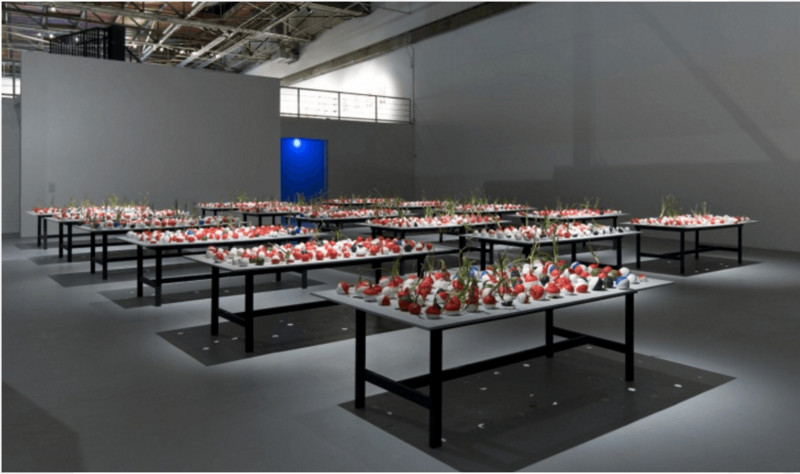 William Pope.L: Trinket is an exhibition of new and recent work by the Chicago-based artist, an essential figure in the development of performance and body art since the 1980s. The exhibition will be installed in the soaring spaces of the Geffen Contemporary at MOCA and is comprised of large-scale installations, and features a new performance and sculpture work made specifically for the exhibition. The centerpiece of the show is Trinket, a monumental, custom-made American flag (approximately 54 x 16 feet) hanging on a pole in the middle of the Geffen. During the museum's public hours the flag will be continuously blown by four large-scale industrial fans - the type used on Hollywood film sets to create wind or rain effects - and will be illuminated from below by a bank of custom theatrical lights. Over time the flag will appear to fray at its ends due to the constant whipping of the forced air, a potent metaphor for the rigors and complexities of democratic engagement and participation. This is the largest museum presentation of Pope.L's work to date.