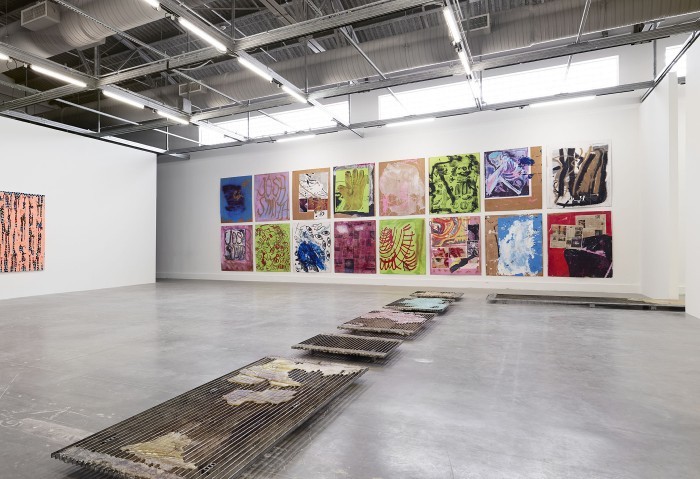 MOCA presents Love of Technology, a group exhibition of artists from around the world who question the relationship between humans and technology, and explore the impact of continued interaction between users and operating systems. Love of Technology includes existing works by established artists such as Andrea Zittel, as well as newly commissioned and site-specific works by artists who are having their American museum debuts, such as Lena Henke and Ben Schumacher. The exhibition builds on MOCA’s tradition of providing a platform for emerging artists, as well as those who are underrepresented institutionally in the United States.

“The artists in this exhibition take apart popular technologies and reassemble them in ways that challenge our perceptions and critique established ideologies,” said Alex Gartenfeld, Curator. “We’re especially pleased to include in this exhibition the American museum debuts of emerging international artists like Ian Cheng, Morag Keil, and Anicka Yi, advancing MOCA’s longstanding commitment to showcasing the next generation of artistic talent.”

The artists included in Love of Technology challenge the logic of computer operating systems and question the impact of continued interaction between humans and technology. Drawing upon the traditions of minimalism and conceptual art, the artists examine ways in which consumers approach objects, and the interdependence that develops between humans and the machines they use. Works in the exhibition include:

• A video installation by Ian Cheng, powered by code that is constantly being rewritten, commissioned by MOCA and in conjunction with the Lyons Biennial;

• A collaboration between Ben Schumacher and the Miami and New York-based architect John Keenen, who are opening a temporary architectural firm in MOCA’s lobby;

• Multiple works by Josh Smith, who is noted for his machine-like repetition of motifs in his abstract paintings;

• A new installation by Anicka Yi made of tempura-fried flowers, in which the artist explores how visual and sensual material come together with language;

• Andrea Zittel’s Aggregated Stacks, part of her experimental living practice; as well as her room-size wool panels, which result from the artist’s careful negotiation of invented rules;